IKEA and Audi pulled up for 'sexist' marketing

As western firms rush to pull controversial ads, a new report reveals the extent of discimination against woman in the Chinese jobs market. Nadine Hawa reports

IKEA is often viewed as a poster child of sustainable business. A few months ago, however, the Swedish giant found itself in the midst of a controversy after one of its adverts for the Chinese market was accused of being sexist.

The commercial shows a mother scolding her daughter for not "bringing home a boyfriend" to meet her parents. The ad by the furniture maker was seen as insensitive towards single women while also reinforcing the idea of leftover women, a term traditionally used in China to describe unmarried women over the age of 27. The ruling Chinese Communist Party urges women to marry early, with a government website featuring articles about "leftover women” a few years ago.

IKEA released a statement apologizing for “giving the wrong perception”, adding that “gender equality is a fundamental part of the IKEA culture and values, which we share with everybody”.

IKEA, however, is not the only western company to find itself in hot water over sexism in its marketing in China. Last July, German automaker Audi also faced criticism, including calls for a boycott, after one of its adverts for the Chinese market compared women to used cars.

The commercial compared finding a car to finding the perfect wife. It showed a couple standing at the altar, about to tie the knot, before what appears to be a concerned future mother-in-law interrupts the ceremony to inspect the bride’s body. The older woman is shown pinching the bride’s nose and ears, and inspecting her teeth. She then takes one last look at the bride’s chest before a caption reads: “An important decision must be made carefully.” 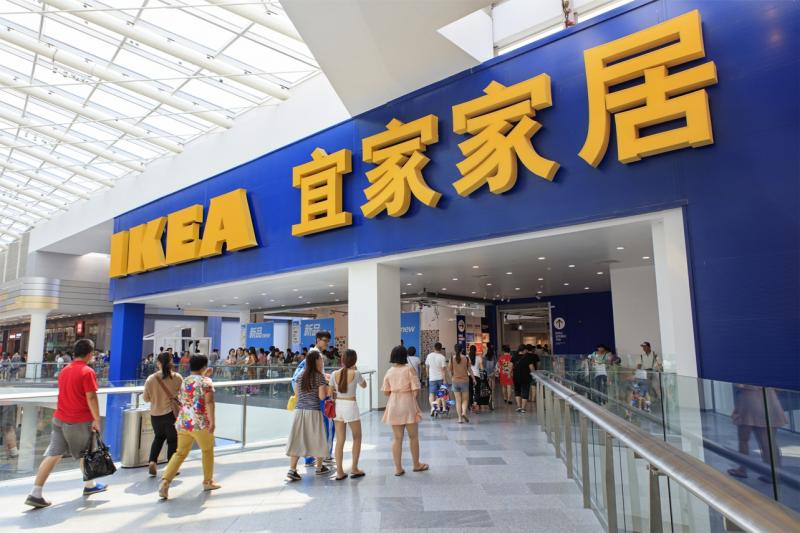 In a statement, Audi expressed regret, saying the advert “does not correspond to the values of our company in any way”. The commercial, which was made exclusively for the Chinese market, was removed.

While these two instances depict sexism in product marketing in China, gender discrimination in the Asian giant runs deeper than product advertisements.

The recruitment industry in China is rife with discriminatory job adverts. In the last month, Human Rights Watch (HRW) released a report shedding light on the issue. The report, Only Men Need Apply reveals how discrimination in job ads across the country comes in many forms. Discrimination based on gender, such as “men only” or “men preferred” job ads, “women only” job ads and “married women with children” ads, are common. Discriminatory job adverts can also be based on appearance. These include “fashionable and beautiful” job ads or “working with beautiful girls” ads to entice men to apply.

Even when women have taken cases to court, the penalties have been so low they don’t serve as a deterrent

Sophie Richardson, China director at Human Rights Watch, says: “Most of the relevant Chinese laws, including ones pertaining to advertising, simply assert that women should not be discriminated against as a result of their gender, but they don’t elaborate on what form that discrimination might take. That leaves open to debate what actually constitutes discrimination, and even in the rare instances in which women have been able to successfully take cases to court, the penalties have been so low – just a few hundred dollars – that they don’t serve as a meaningful deterrent.”

This article is part of the in-depth briefing on China. See also:

This article is part of the in-depth briefing China’s New Dawn. See also:

Women and children first: how brands are innovating to help China’s female workers

'Could COP26 signal the end of coal? Only if we in...
Policy Watch: Kerry tells world leaders to ‘stop the ...
Hopes for success at COP26 dim despite alarm raised by ...
Gap between rhetoric and reality mars Biden's clim...
comments powered by Disqus