“Show us the money”; “Don’t let us or the planet down”: Those were the messages from the world’s youth activists who met in Italy last month as climate and energy ministers sat down to assess the pledges made so far by nations ahead of COP26.

Despite the UNFCCC warning that we need to cut emissions by 50% by 2030 in order to be on track to limit warming to 1.5C by 2050, the pledges to date aren’t substantial enough to ensure any cut in emissions by the end of this decade.

U.S. Climate Envoy John Kerry said he still hopes “we can make enormous progress in Glasgow”, and his diplomatic efforts continue full throttle – though he was reportedly less diplomatic in his comments earlier in the week, telling world leaders to “stop the BS”.

Rachel Kyte, Dean of the Fletcher School of Law and Diplomacy at Tufts University, told a webinar organised by the Centre for Climate and Energy Solutions that “there is a massive to do list”, whatever is agreed at COP. 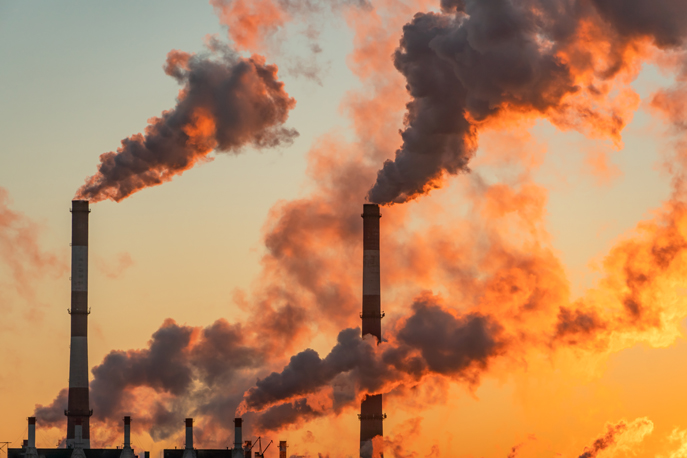 Pledges so far aren’t enough to ensure any cut in emissions by 2030. (Credit: Leoni Sorokin/Shutterstock)

“[It’s] really the very difficult issues that go to the future architecture of how we govern the global economy, and how we manage the relationships between power blocs, which have much to argue about at the moment, while we still need to cooperate,” said Kyte, who is advising the UK government on the climate talks.

One area of cooperation that could help make COP26 a success is an agreement between the U.S. and EU to cut methane emissions by at least 30% by 2030. Because methane is a powerful greenhouse gas (84 times as warming as carbon dioxide), but a relatively short-lived one, rapid cuts in emissions on a global scale could keep alive hopes of meeting the Paris commitments.

Legislation to curb methane emissions, by charging a fee for breaching methane intensity targets, is part of President Biden’s $3.5tn infrastructure bill, which will fund clean energy and climate resiliency measures at home, though he faces a big battle to win support for the bill.

Biden is expected to have an easier time delivering on his promise to the UN General Assembly last month that he would work with Congress to double his country’s annual contribution to climate finance for developing nations to $11.4bn by 2024.

The increase in funding would go some way to closing the estimated $20bn shortfall in the $100bn for adaptation and mitigation that was promised developing countries over a decade ago.

Even though what’s needed is in the trillions rather than billions of dollars, meeting the $100bn commitment will be critical not just for climate action but for “sustaining trust in international cooperation” say nations in the Climate Vulnerable Forum.

Climate-vulnerable nations want to see a clear delivery plan for the money, with half of it earmarked for adaptation. And they want grants, not loans, especially given the debt crisis caused by the pandemic. “We hoped that the ‘build-back better’ world might be inspirational, [but] it hasn't really happened. We’re on the edge of a ‘great divergence’ again,” said Kyte, explaining the context in which most developing countries find themselves as they enter the COP26 negotiations. “They can’t access vaccines, they’re debt-distressed, or they’re in liquidity crisis, and this has really put a spanner in the works of the trust that has to be built.” 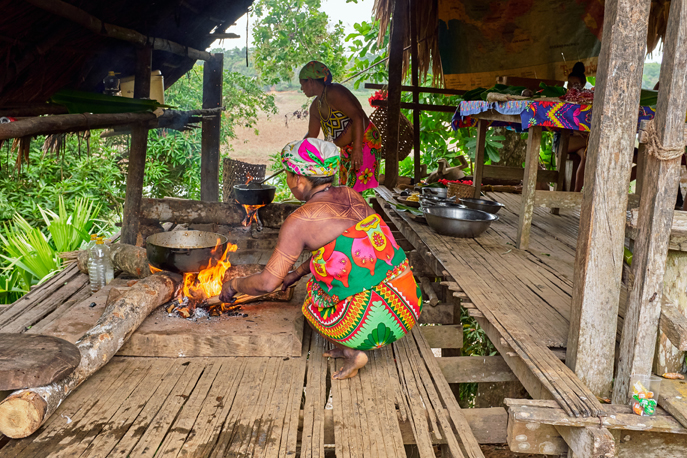 Six percent of Panama’s population has no access to electricity or clean cooking. (Credit: partyraiser/Shutterstock)

In an interview with Sustainable Business Review, Panama’s energy minister Jorge Rivera Staff said: “A great outcome for the world, and for us, is to finally have, in black and white, the amount of resources that we need. … We are guaranteeing that when the money is on the table, we are ready to invest it in the best way. That’s our part.”

While the bulk of Panama’s electricity comes from renewables, the government has been developing an energy transition agenda that will move its transport system away from hydrocarbons.

Plans include having electric vehicles make up 20% of public and privately owned fleets by 2030. Six percent of Panama’s population doesn’t have access to electricity and clean cooking methods, and international climate financing can help fill that gap, helping it meet the UN’s Sustainable Development goals. With its abundant renewables, Staff believes Panama can also be a transformative green hydrogen hub for ships transiting the Panama Canal.

The country will have to import the technology it needs to leave hydrocarbons behind, but it’s working with technology and science research centres to align research and development to meet the needs of the energy sector. The government wants to see at least 30% of components made locally within the next 10 years.

Staff suggests other nations may be able to learn from Panama’s inclusive approach to the energy transition, involving networks of women and youth, and with public consultations on its Nationally Defined Contribution (NDC) to global efforts to tackle the climate crisis.

“Even though we are actually a carbon negative country … we have to amplify our ambition and maybe be an inspiration for other countries to go ahead and do their part of the job.”

Another big development during the UN General Assembly was President Xi’s announcement that China won’t build any more coal plants abroad, but would support developing countries’ green energy projects. His announcement was swiftly followed by a statement from the Bank of China that from this month it will no longer finance overseas coal projects. A cause for celebration certainly – but what will China do with its own power mix?

Some rebalancing is under way in China, with limitations on carbon-intensive industries being imposed on provinces from the centre. However, controls on energy consumption will be relaxed where renewables are being used – thus incentivising them, according to analysis from air pollution and climate expert Lauri Myllyvirta.  At the moment, China accounts for half the planet’s coal project pipeline – although even that has collapsed since 2015.

Working with experts in China, the International Energy Agency (IEA) has shown that by cutting coal, expanding renewables and improving energy efficiency, China has the capability to peak its emissions in 2025 – five years ahead of current plans. A faster energy transition would see one million extra jobs in the clean energy sector, more than compensating for those lost in fossil fuels. 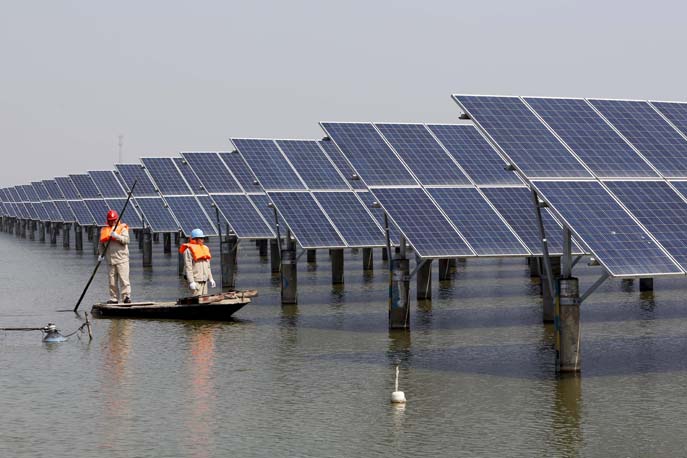 China’s transition could see up to a million extra jobs created in clean energy. (Credit: Reuters)

As the IEA notes: “What happens in China will go a long way towards shaping the outcome of global efforts to reduce emissions in time to prevent the worst effects of climate change. For those efforts to succeed, international collaboration with China is essential.”

Whether President Xi will come to COP26 (or indeed come at all) with the ambition the IEA says is possible, remains to be seen.

Each month, support for coal dwindles. Romania says coal will go by 2032; South Africa has put forward a more ambitious NDC, and its electricity utility Eskom is negotiating international financing to help it make the shift from coal to renewables. However, environmental justice groups have threatened legal action if the government doesn’t abandon plans for new coal-fired generation.

Australia’s government may be reluctant to ditch coal, but its states and territories are all declaring net-zero ambitions.  New South Wales, with the country’s biggest coal fleet, aims to cut emissions by 50% compared with 2005 levels. Its pivot to renewable energy is anticipated to attract $37bn private sector investment and support over 9,000 jobs.

Still, COP26 comes against the backdrop of soaring energy prices. This is due to supply shortages, which have roots in both weather and economic bounce-back across the world, including in China.

In the short term, at least, coal power is being switched on again, and political leaders are urging the turning on of oil and gas taps – even as we need to reduce demand and eventually turn them off. The EU’s green deal chief Frans Timmermans told the European Parliament that the record prices only underlined the need to speed up the energy transition, rather than “let the fear of change paralyse us”.

He said the most vulnerable need to be protected from the impact of higher prices: “The one thing we cannot afford is for the social side to be opposed to the climate side,” he added.

The crisis is adding to the debate over whether the EU should include gas in its green investment taxonomy, with over 150 NGOs warning such a move would “send a disastrous global signal”. Counting gas as clean energy is also being ruled out by Democrats as part of President Biden’s aim of having the U.S. generate 80% of its electricity from carbon-free sources by 2030. 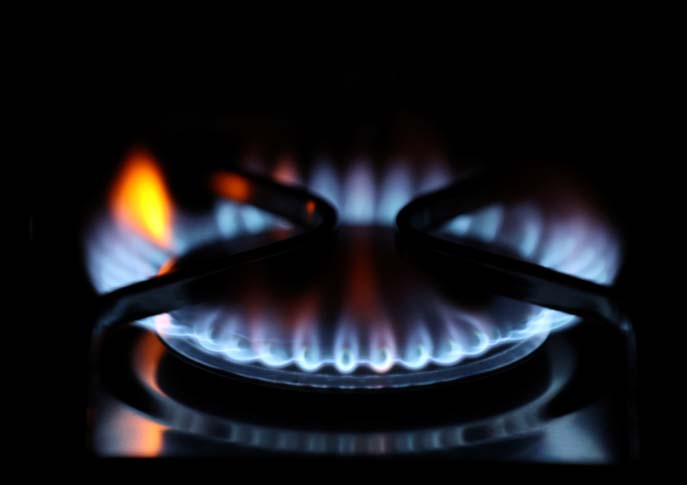 In the UK, at least, economist Dieter Helm argues the crisis was entirely predictable, partly due to structural problems with the UK's electricity market.  He says there is an urgent need to address the intermittency of  renewables with back-up gas and energy storage. Instead, the UK business secretary plans to cut reliance on gas, announcing that the power grid will be ‘net zero carbon’ by 2035. The move away from gas will be reinforced in a long-awaited strategy for how the country will decarbonise heat, which is expected this month.

The Financial Times reports that as part of that strategy, the government intends to switch the current social and environmental obligations levied on electricity bills onto gas bills. Moving these surcharges, which make up about 25% of electricity bills, is aimed at encouraging customers to install electric heat pumps and buy electric cars.

But the TUC is warning that unless the UK invests in green infrastructure, as many as 660,000 jobs could be at risk in manufacturing and supply chains. The COP host lags far behind its G7 partners in planning for a green recovery, it says.

Businesses across the globe are urging G20 ministers (who meet just ahead of COP26) to put everything on the table to keep to the 1.5C warming limit. The We Mean Business Coalition says “heightened policy ambition from G20 leaders will enable us to accelerate action together”.

As the clock ticks down to Glasgow, will G20 ministers heed the calls – not just from business, but from the next generation?

This article is part of the October 2021 issue of Sustainable Business Review. See also:

Chad Holliday: ‘Hard-to-abate’ industries have to pull their own weight on tackling climate change