The Earth Day summit last week of 40 global leaders called by President Biden was a big win for U.S. climate diplomacy. Biden, who unveiled America’s commitment to a 50-52% cut in emissions by 2030, was joined by leaders of the UK, European Union, Canada and Japan in announcing upwardly revised near-term targets to cut greenhouse gases, which they will bring to the COP26 conference in Glasgow in November.

And despite fears they might snub the meeting, leaders from Russia, Brazil and, most importantly, China, attended the virtual powwow.

But as Angeli Mehta reports in her Policy Watch column this month, many countries’ climate pledges are at odds with their actions. A sharp increase in coal use in China, which last year promised to peak emissions by 2030, is the most egregious example, but a lack of joined-up thinking is also seen in the UK, where there is growing concern that policy decisions by the COP26 host over the last few months run counter to its world-beating pledge to cut emissions by 78% by 2035.

In his Brand Watch column, Oliver Balch writes that with politicians stealing the show at last week’s summit, companies threw their weight behind bold political initiatives like the new LEAF forest finance initiative, which aims to mobilise finance “at scale” for emission reduction projects that protect tropical and subtropical forests and provide sustainable livelihoods for forest populations.

And while brands have been burnishing their green credentials, less welcome is media attention over their performance on human rights. Balch reports on how issues such as forced labour allegations in Xinjiang have put brands and investors in the hot seat. 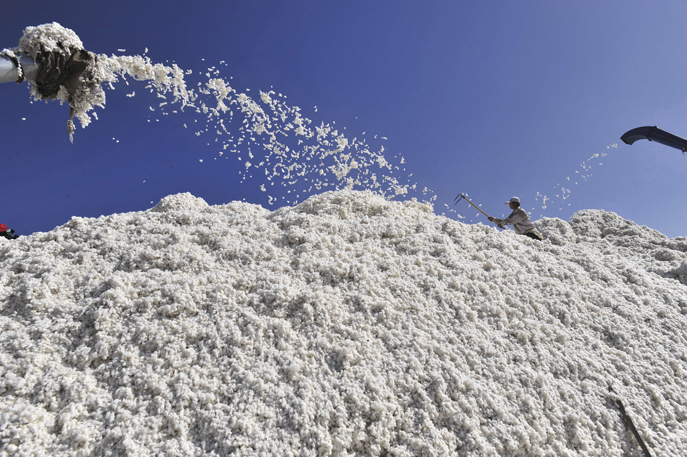 Mike Scott, in his ESG Watch column, looks at how the newly launched Glasgow Financial Alliance for Zero (GFANZ) brings together the leading net-zero initiatives across the financial system under one umbrella, so that banks, asset managers and owners, insurers and others are now singing from the same song sheet.

But he says GFANZ has already attracted criticism for not addressing climate risk in investment portfolios, whose impact is 700 times more than their direct emissions, according to new research from CDP.

Scott also looks at some of the controversy over the EU’s Sustainable Investment Taxonomy, with five environmental and consumer NGOs pulling out of the expert group that is advising the European Commission, mainly over its decision to include forestry and biomass.

In our monthly In Focus section, Nadine Hawa and I report on some of the headwinds facing Spain as it seeks to deliver the EU’s climate ambition, despite being blessed with some of the best renewable energy capacity in Europe.

And in the latest article in our Top 250 emitters series, in partnership with Signal Climate Analytics, we look at how China’s failure to rein in ballooning coal use is negatively impacting western companies’ efforts to decarbonise.

Next month, we won’t be producing The Sustainable Business Review in pdf form as we are publishing the summer issue of The Ethical Corporation Magazine, but a web-only version of ESG Watch, Policy Watch and Brand Watch will be published as usual. 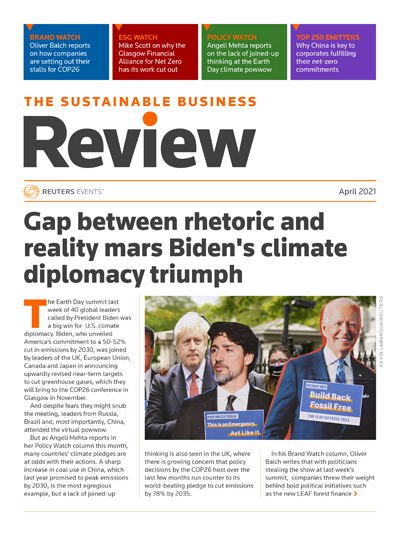 Calls grow for companies to disclose nature impacts in ...
‘We are sliding from climate crisis to climate disast...
Society Watch: Indigenous peoples fear being overshadow...
Brands failed to meet promises to protect forests. We c...
comments powered by Disqus