In contrast to their positioning on climate action, companies are struggling to get on the front foot with human rights risk, Oliver Balch reports

While companies have been polishing their green credentials ahead of the Biden climate summit, less welcome has been media attention on their performance over human rights issues. The biggest focus has been the ongoing saga of Xinjiang province in China, home to 14% of total global product of cotton, but also the scene of the reported incarceration of Uighur Muslims in so-called re-education camps. Global clothing brands have been dragged into the debate in light of allegations that Uighurs are being compelled to work on the region’s cotton farms against their will.

The Better Cotton Initiative (BCI) suspended its involvement in the area back in October 2020, although a variety of brands such as Hugo Boss have asserted their commitment to continue sourcing from the region’s cotton producers. Adidas, Nike and H&M, which have taken the opposite tack and suspended supplier agreements, are now facing boycott calls within China.

The backlash in China takes little account for moves by the U.S. Customs and Border Protection, which placed a withhold release order (effectively a ban) on cotton imports from Xinjiang back in January. Nor does it recognise domestic pressure from consumers and investors to desist from buying Xinjiang cotton. In a sign of ongoing tensions, state-sponsored media this month lambasted BCI for removing a statement about its withdrawal from Xinjiang – a move interpreted as “hypocritical” by the Chinese, but which BCI reportedly says was the result of a cyber hack. BCI is not presently available for comment.

The takeaway message is that brands cannot pretend human rights issues in their supply chain, however remote, are no business of theirs

Companies are also getting into hot water elsewhere. Recent weeks have seen the Indian conglomerate Adani Ports removed from the Dow Jones Sustainability Index because of commercial dealings with Myanmar’s military government (the company is leasing land from a state-backed entity as part of a $290-million port project in Yangon). Indirect involvement in alleged abuses is enough to land brands in trouble, as Groupe Casino recently found to its cost. The French supermarket chain is facing legal action in Belgium on the grounds that regular purchases by its Brazilian subsidiary of beef from the meatpacker JBS contributed to 50,000 hectares of deforestation in the Amazon.

The takeaway message is that brands cannot pretend human rights issues in their supply chain, however remote, are no business of theirs. Even pulling out of a disputed region is not the get-out move it might once have been, risking consumer retributions in host countries as well as leaving legitimate suppliers in the lurch.

Nor is it just consumer brands in the crossfire any longer. As the Adani Ports’ case shows, financiers are now also turning their eye to companies used to operating outside the public spotlight. Firms in the construction and materials sector are the latest to find themselves under scrutiny, with the investor-backed Find It, Fix It, Prevent It initiative turning its focus on the industry (the source of 18% of forced labour cases worldwide, according to the International Labour Organization). 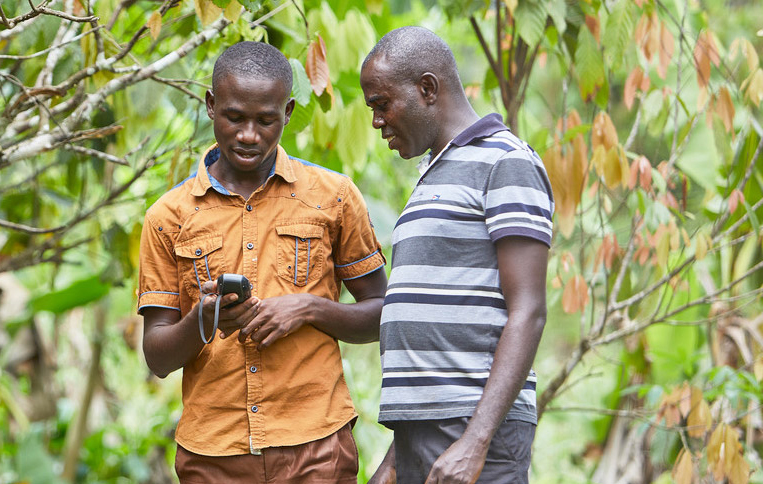 The only credible solution for brands is meaningful engagement with the issues at hand. So, in practice, communicating expectations clearly, monitoring suppliers robustly, remediating where necessary, and reporting publicly. Vague commitments won’t wash. Take the Leadership Group for Responsible Recruitment, a brand-backed initiative to eliminate abuses against migrant workers in company supply chains. Of the 15 corporate members, nine fail to evidence any practical implementation of the accord, new research by the campaign group KnowTheChain finds. Similarly, of the more than 100 apparel and footwear brands signed up to the Commitment to Responsible Recruitment, fewer than one third (32%) provide proof of tangible action.

Expect queries about supply-side human rights to keep coming. Given that reality, it makes sense for brands to get on the front foot. An illustrative example is the cocoa bean supplier Olam Food Ingredients, which works with 12,000 suppliers in nine countries. By Olam’s own admission, the cocoa sector has “a long way to go” to eradicate child labour, a fact borne out by U.S. government-funded research in Côte d'Ivoire and Ghana. In response, Olam has been working with the Fair Labor Association to ensure its in-house child labour monitoring and remediation system covers 100% of its supply chains. Detailed results will be provided to the company’s business customers via its online AtSource database, as well as aggregated data in its public reports.

If brands are serious about digging into their supply chains, then incidents of non-compliance will very likely appear

Regrettably, if brands are serious about digging into their supply chains, then incidents of non-compliance will very likely appear. Last year, for instance, Olam revealed that at least 7,059 children had been found to be working for its suppliers (mostly on farms owned by parents or relatives). Obviously, the knock-on effect depends on the severity of the abuses revealed. However, if brands are quick to hold up their hands up and explain the steps taken to solve the problem, then recriminations are far less likely.

The Catholic Investment Fund (CCLA), which coordinates the above-mentioned Find It, Fix It, Prevent It scheme, even went as far as to praise InterContinental Hotels Group (IHG) recently, despite the hotel chain revealing forced labour practices among migrant workers employed at its operations in Oman. The revelations only came to light because of an internal investigation instigated by IHG itself, which is now “working to address” such instances, CCLA says.

The alternative is to wait for the inevitable call from a reporter. If not today, then tomorrow, or the next day. Only, by then, it’s too late. What began as a brand risk requiring proactive management will have morphed into a brand crisis demanding reactive (and potentially fruitless) management.

This article appeared in the April 2021 issue of The Sustainable Review: See also:

Analysis: How China goes on climate, so goes the world economy

Society Watch: Can investing in education save the S in...
‘Is regenerative farming just a buzzword or a bluepri...
A decade after the UN Guiding Principles, companies hav...
Brand Watch 1: One step forward, three back in fashion ...
comments powered by Disqus