Soy is a simple crop, relatively easy to grow and undemanding once it’s in the soil. The supply chain behind it, however, is more complex, with a cast of farmers, buyers and traders that has failed to find a way to deliver soy that is deforestation-free.

In 2019, the Responsible Commodities Forum (RCF) was set to launch on the London Stock Exchange. Based on a green bond, it was worth $300 million and would be used to incentivise soy farmers on the Brazilian Cerrado, the world’s most biodiverse savanna, to use existing degraded land to grow their crops, rather than illegally, and legally, clear new areas of vegetation.

Satellite data shows that a fifth of the Cerrado’s native vegetation has been removed between 1985-2020, and there is significant risk that this vast carbon sink could go the same way as the Amazon, and become a carbon emitter.

However, following the election of Jair Bolsonaro, the project stalled. Over the following months environmental policies were ripped up, budgets slashed and scientists sacked. But Pedro Moura Costa, the driving force behind RCF and chief executive of Sustainable Investment Management, which runs it, is now back with a pared down version of the project, worth just $11 million, with the money invested by three UK supermarkets: Tesco, Sainsbury’s and Waitrose. 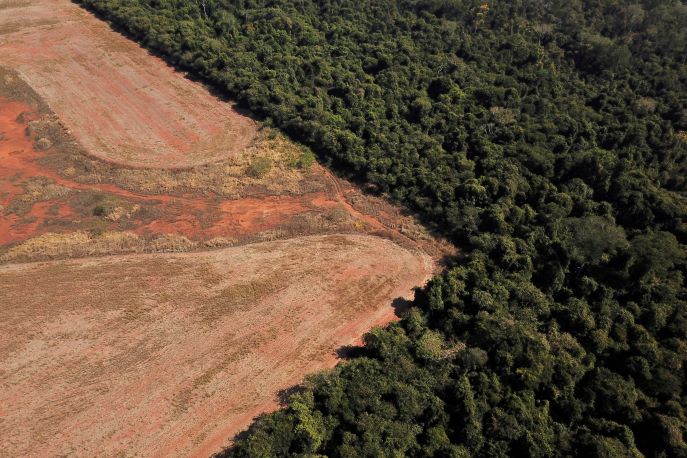 Deforestation on the border between Amazonia and Cerrado in Mato Grosso, Brazil. (Credit: Amanda Perobelli/Reuters)

In the first phase, launched to coincide with this year’s growing season, low-interest loans, up to 25% cheaper than those offered by the banks, have been made available to 36 farms in the Cerrado, which between them produce 75,000 tons of soy per year.

Each year, farmers take out loans to buy seeds, repaying it once the crop has been harvested, explains Costa. “Crop finance is a key part of soy farmers' business models and there is a huge appetite and market for green finance,” he explains. In return, the farmers must commit to zero deforestation of native vegetation.

This new flow of green finance can support soy production while rewarding the voluntary conservation of native vegetation, says Costa. But crucially, it is reconciling the objective of conservation with that of economic production, so that one complements the other.

RCF 2.0 has drawn criticism for its lack of ambition, but the first phase is a trial

Tesco has supported the fund as part of its commitment to only sourcing soy from areas verified as deforestation-free from 2025, explains group responsible sourcing manager, Steven Ripley. It’s a message consistent with the UK Soy Manifesto, which now covers 60% of the soy coming into the UK.

RCF 2.0 has drawn criticism for its lack of ambition, and the fact it is looking to conserve just 11,000 hectares, when the Cerrado covers 1.9 million square kilometres.

But the first phase is a trial, says Ripley, designed to create a proof of concept to show that the mechanism works, before professional investors are given the opportunity to develop a much bigger fund for next year’s growing season. 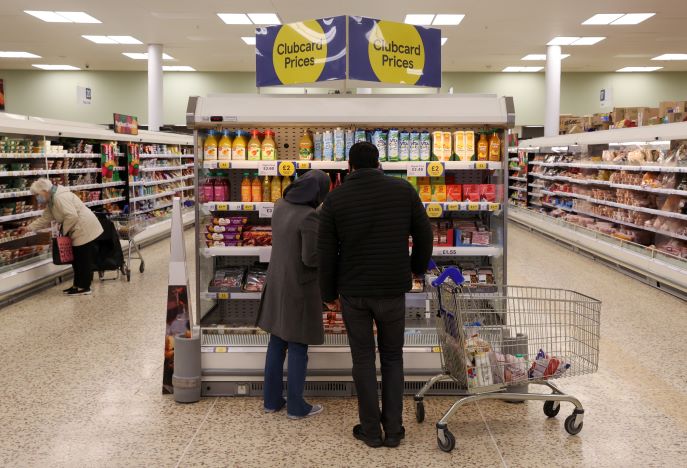 Tesco is one of the British supermarkets to have invested in the RCF. (Credit: Paul Childs/Reuters)

“RCF is important because for a long time a lot of the traders have gone with the line that we need to incentivise farmers if we are going to place these restrictions on them,” says Ripley.

Unlocking green investment means this can now happen, he adds, by supporting sustainable agriculture and protecting forests in a financially sustainable way that rewards farmers.

Ripley is hopeful that the clean credentials of all soy that arrives in Europe is now inevitable, especially with new UK due diligence legislation, and tough EU new anti-deforestation rules both on the horizon. (See Here’s how the EU’s new rules could finally turn the tide on tropical forest loss)

Traders realise the game's up, that many stakeholders in Europe and the UK will no longer accept the status quo

“Some of the largest traders are starting to come forward with framework proposals on how they are going to deliver deforestation-free soy to the UK,” says Ripley. “(And) it's clear why they're doing that: they realise the game's up, they realise that so many stakeholders in Europe and the UK will no longer accept the status quo.”

In 2000, Brazil produced 42 million tons of soy a year; today the figure is 124 million tons, 35% of the global total, with exports destined largely for China and Europe. The industry is dominated by a cabal of huge commodities businesses, such as Cargill and Bunge. And ultimately it is the involvement of these traders in screening out “bad soy” on which any sustainable soy scheme succeeds or fails. 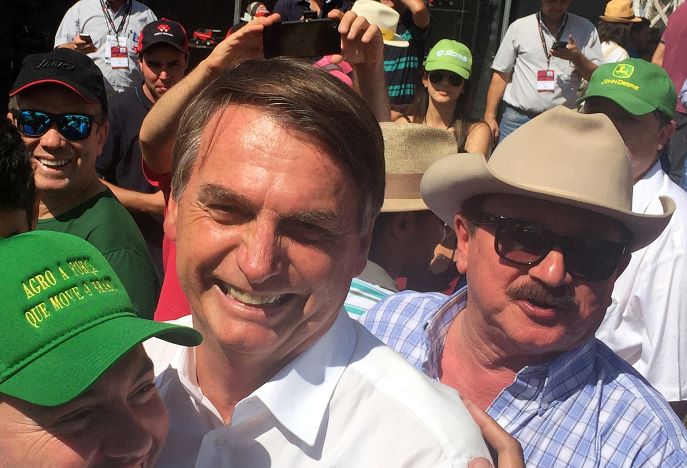 As part of the report, Mighty Earth wrote to members of the Retail Soy Group (RSG), which includes all the major British supermarkets, urging them to threaten to find alternative suppliers if the soy traders don’t stamp out deforestation-linked soy.

The six companies, members of the World Business Council for Sustainable Development’s (WBCSD) Soft Commodities Forum (SCF), were part of a group of 10 agricultural commodity companies that signed a “corporate statement of purpose” at COP26 in Glasgow committing to eliminate commodity-driven deforestation in line with the Paris Agreement. They promised to produce a “shared roadmap” of how they could do so by COP27 this year.

Yann Vuillerod, global sustainable sourcing lead for cereals and soy at Nestle, says the greatest pressure on traders to fulfil those commitments will come from the big brands and animal feed companies that have direct commercial relations with them.

He said Nestle is working closely with SCF as co-chair of the soy working group of the Consumer Goods Forum’s (CGF) Forest Positive coalition, which was launched in 2020 by 21 manufacturers and retailers to achieve what earlier commitments failed to do in ending commodity-driven deforestation.

With 60% of the world’s soya going to China, where there is less regulatory or investor pressure to end deforestation, one commitment of the Forest Positive coalition is to preferentially source from trading companies that are acting to remove deforestation across their entire supply base, not just for Europe-based clients. 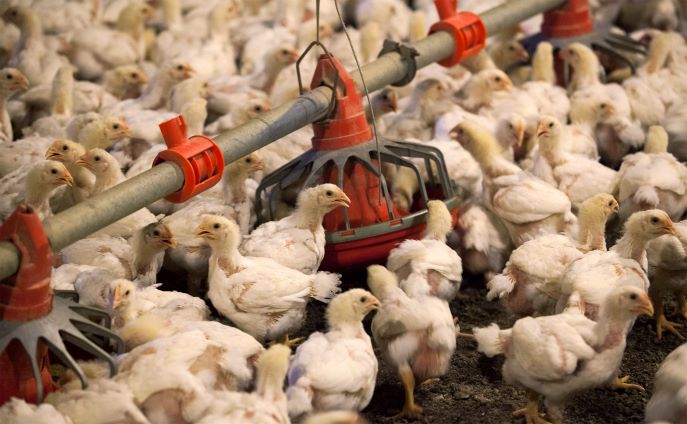 Asked in an interview how many of the big agricultural traders are able to comply with that requirement, Vuillerod says: “Some of them are on their way (towards that). It’s just not the critical mass yet.”

But even among those that have set a target for becoming deforestation-free, he said, buyers and traders need to be aligned in terms of objectives, tools, monitoring and, most critically, rules of the game, so if a key supplier like Cargill claims it has deforestation-free soy across its supply chain, Nestle can make the same claim to its customers, confident it shares the same definition.

Such alignment will be critical to unleashing the millions of dollars of investment that will be required to scale up pilot projects such as incentivising farmers in Mato Grosso to forgo their rights to legally convert their land to soy, because the costs of compliance will need to be shared between buyers, traders and other stakeholders, Vuillerod said.

If everyone knows their share of the deforestation footprint, we know what investment is needed to deal with the problem

Each company will need to map out and quantify its deforestation footprint, from direct soy purchasing to the embedded soy in meat and dairy supply chains.

“It’s a very difficult exercise to align all the companies to agree on this …. But at least if everyone knows their share of the overall industry or coalition footprint, we know what investment is needed to deal with the problem.”

Another sticking point is around acceptable cut-off dates from when a landscape should have been deforestation-free, “a clear area where we (consumer goods companies) are struggling to align with traders”. 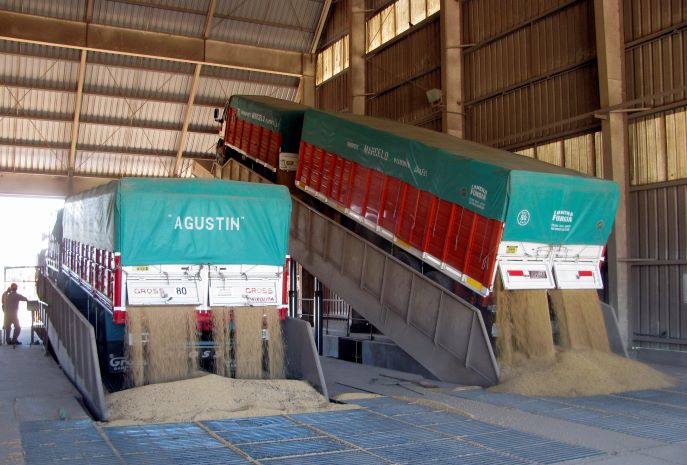 Nevertheless, he is hopeful for progress. “Even though everyone agrees that we're not going fast enough, we did see momentum and pace changing in the last two years, (towards) aligning an objectives, aligning on tools, aligning on rules of the game, so that we really speak the same language across the value chain, which today is not complete – and it's hindering progress.”

However, Wijeratna of Mighty Earth describes the SCF's announcement as a delaying tactic. "It doesn't provide publicly available tools and databases for local communities, civil society, and crucially, retailers to scrutinise and allow full traceability of direct and all indirect soy suppliers in the Cerrado and other key biomes."

A lot will ride on whether Brazil's former president, Luiz Inacia Lula da Silva, manages to pull off a decisive victory against Bolsonaro in the Oct. 30 runoff vote in the presidential elections. Lates polling indicates that his lead in the first round of voting is narrowing.  Lula said in August that not a single tree needs to be felled in order to boost the country's agricultural output. If elected, he promised to restore institutions weakened by Bolsonaro that are needed to contain deforestation in the Amazon, such as environmental protection agency Ibama.

Sam Coxlee-Gammage, group ethics and sustainability manager for food at John Lewis Partnership, which owns Waitrose, said one of the key benefits of the Responsible Commodities Facility is that it is a private business transaction "that isn't dependent on political support or likely to be opposed by politicians of any particular party."

While he still expects that Lula will win, he said: "If Bolsonaro does win back power, the scaling up of financial mechanisms that can help protect the Cerrado, like the RCF, will be all the more important."

Terry Slavin contributed to this article

Will 2023 be a watershed moment for corporates on addre...
Can business bridge the yawning gap in finance for natu...
Society Watch: Indigenous peoples fear being overshadow...
Brands failed to meet promises to protect forests. We c...
comments powered by Disqus