The world’s agriculture systems have become more homogeneous, with consequences for food system resilience, security of supply and biodiversity. At the same time, climate change is impacting yields. This summer’s drought may mean yields of crops like maize are down as much as 16%, and Russia’s invasion of Ukraine has provoked a global grain shortage.

Can we (and our livestock) eat differently and consume more diversely? Most of the crops grown today are annual – so the soil is ploughed yearly, a practice that, alongside fertiliser use, contributes to soil carbon loss and water pollution.

But plant breeders at the Land Institute in the U.S. have been working for 20 years to develop a wild perennial grass – Kernza – that they expect one day to yield as much grain as annual wheat. Kernza has a massive and deep root system.

The potato bean, once a staple crop of native Americans, provides a good source of dietary fibre and essential amino acids

“It’s not that the plant needs less water, it’s just better at getting it and retaining it,” explains the institute’s communications director, Tammy Kimbler. And because the roots stay in the soil, they encourage a diverse community of micro-organisms that contribute to soil health and nutrient retention.

Kernza still requires fertiliser input, but it takes up more than 90% of nitrogen applied, compared with a 40% take-up for wheat – so less is needed, and less is being released into the atmosphere or into waterways.

Today, Kernza is mostly being blended with wheat to make flour for bread products. The Land Institute has worked with brands like Patagonia Provisions, which has developed a commercially available craft beer; General Mills, which is working on a cereal product; and most recently, Carlsberg’s research division. In Europe, Kernza has yet to achieve food-grade status, but it’s being investigated by farmers in France and Sweden. 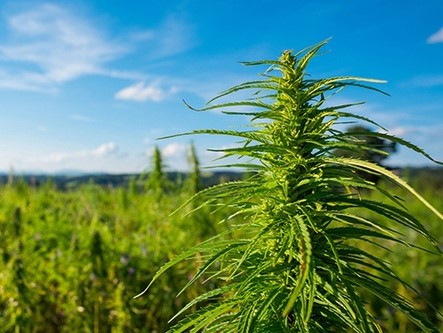 The Rowett Institute is exploring the potential of hemp to capture and store carbon in soil. (Credit: Aberdeen University)

Modern agriculture consumes 70% of freshwater supplies, so efforts are also under way to make staple crops such as barley, rice, wheat and soybean less thirsty, and so more drought-tolerant. With her research group, Julie Gray, a plant molecular biologist at the University of Sheffield, has genetically engineered a range of crops so they lose less water through their leaves during photosynthesis. The challenge now is to deliver the same improvements via gene editing or plant breeding. In Mexico, where early droughts are wiping out bean crops,  researchers have been using thermal imaging cameras to look for bean plant mutations that have higher temperatures at the leaf surface because they’re losing less water.

Ten years ago, Madalina Neacsu at the Rowett Institute in Aberdeen started to look for alternative sources of protein that might grow in the UK. Lupins, fava bean, quinoa and chia all made it to her shortlist but the potato bean, once a staple crop of native Americans, had a particular allure. This high protein tuber also provides a good source of dietary fibre, essential amino acids, while the peel and leaves are rich sources of antioxidants (usually associated with fruits like blueberries). And it’s good for the soil because it fixes nitrogen. Field trials are underway at two UK sites.

Neacsu is now working on a five-year project with farmers in Scotland to explore the potential of hemp (once widely grown) to capture and store carbon in soil. It could provide a good rotational crop for wheat, and to make oil.

Neacsu says hemp oil has a good nutritional profile of essential omega fatty acids, as well as dietary fibre. It may also contribute to gut health. There is one major hurdle to cross: hemp is in the same species as cannabis – a class B drug in the UK, so farmers can’t produce their own seeds for cultivation.

A week of getting real about the enormity of the climat...
PepsiCo’s biggest challenge: winning over millions of...
Winemakers turn to sustainability to ride the storms of...
Biochar: the 'black gold' for soils that is g...
comments powered by Disqus