Agriculture in the UK is on the threshold of change. Post-Brexit, the UK government and the devolved administrations of Scotland, Wales and Northern Ireland, want to incentivise more sustainable practices as they design farming subsidy schemes to replace Europe’s Common Agricultural Policy.

Though they are moving at different speeds, all are aimed at cutting emissions, increasing biodiversity and restoring landscapes in one of the most nature-depleted countries in the world.

And some farmers are calling on the UK to support the transition to regenerative agriculture in response to spiralling fertiliser and fuel costs in the wake of Russia’s invasion of Ukraine. Multinationals Nestle and PepsiCo have large-scale pilots under way and retailer Waitrose, which owns its own farm, is using it as a test-bed for regenerative practices that will also influence its other producers.

In 2020, agriculture was responsible for 11% of UK greenhouse gas emissions

The UK has experienced a steep decline in species abundance and soil health. A 2019 report from the Environment Agency said intensive agriculture had caused arable soils to lose 40-60% of their carbon content. Its outgoing chair, Emma Howard Boyd, described soil carbon loss as “an act of economic and environmental self-harm”.

While a soil health action plan for England is on the cards, there is no specific target. The government’s advisor, the Climate Change Committee, has urged that this be included “as a priority”, given that soil health is key to meeting all other environment targets.

In 2020, agriculture was responsible for 11% of UK greenhouse gas emissions – can this be reversed and its soils become carbon sinks? 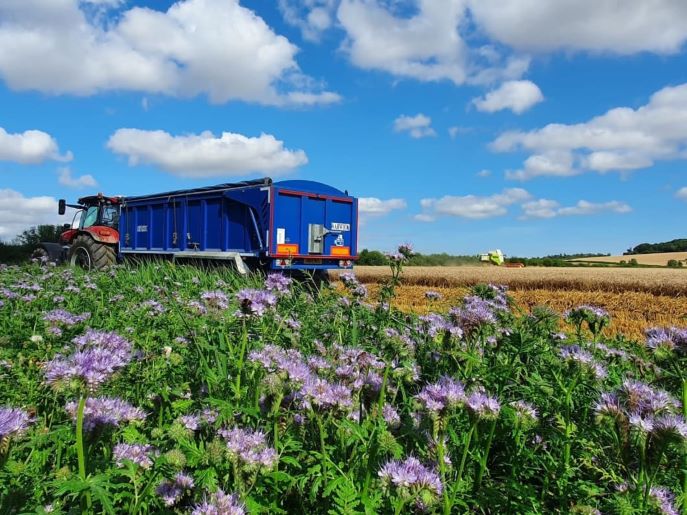 Waitrose has its own farm, at which it is trialling regenerative practices. (Credit: Leckford Estate/Waitrose)

In England, the main mechanism for reducing greenhouse gas emissions from the agriculture sector, as well as increasing carbon stores, improving biodiversity and water quality will be the Environmental Land Management Scheme (ELMS). One strand of the scheme is the Sustainable Farming Initiative (SFI). Whereas the European Union’s Common Agriculture Policy paid farmers and landowners based on farm size, the SFI will pay for environmental benefits beyond minimum legal requirements. Pilots are under way.

Two other pillars of ELMS will pay for actions in local areas that encourage collaboration between farmers, and bigger landscape scale initiatives such as peatland restoration. The first 22 landscape projects, sharing a £12 million development grant, were recently announced.

Last year, parliament’s Public Accounts Committee criticised the Department for Environment, Food & Rural Affairs (Defra) for a lack of metrics and baseline measures that will allow it to assess progress of ELMS against net-zero targets.

We buy 1% of the world’s agriculture output, so we have a massive responsibility

The ELMS system, which will pay farmers and landowners some £2 billion a year, won’t be fully in place until 2028.

But finance could also come from companies that are seeking to cut emissions in their supply chains.

Take Nestle. Ingredient sourcing accounts for 70% of the 92 million tonnes of carbon dioxide emissions in its global supply chain (excluding end-use emissions). The consumer goods giant has set a goal of regenerative methods delivering 20% of its key ingredients by 2025, and 50% by 2030. 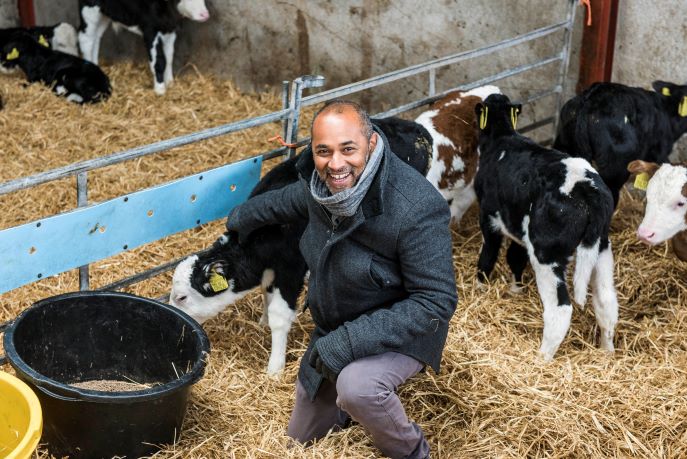 The company has been working with sustainability consultants 3Keel on a Landscape Enterprise Networks (LENs) system, which identifies the businesses working in a landscape, and maps the nature they’re reliant on.

Nestle first explored the approach with its milk supplier, First Milk, and farmers in Cumbria, but it is now looking at its second-largest UK-sourced ingredient: wheat. Water companies and West Northamptonshire Council have joined the initiative. Their interest is in flood management and the impact of fertiliser run-off on water quality. Other potential partners include insurers and housing developers, who will from next year have an obligation to deliver a 10% biodiversity net gain, under the Environment Act.

Potentially, there's this dual income for farmers, which can only be a good thing

“If we get it right,” says Sundaram, “potentially, there's this dual income for farmers (from selling their product and from environmental services), which can only be a good thing, because then it's going to make them much more interested in implementing regenerative agriculture.”

Nestle asked farmers which of a suite of regenerative practices they’d be interested in trialling and what they’d want to earn for those efforts. While a farmer might opt for only one intervention, benefits might accrue to more than one partner, who can then share costs, enabling the whole project to reach more farmers than individual budgets allow. Last year, nearly £1 million was invested, and that’s expected to double in the second year, and involve more than twice as many farmers.

Sundaram is cautious about results, saying: “It’s early days.” Initial data will be in terms of reduction in chemical fertiliser use, or cover crop planting, but longer term he expects that “we’ll be able to say we’ve reduced carbon by X, we’re improving biodiversity by Y and we’ve reduced pollution by Z”. 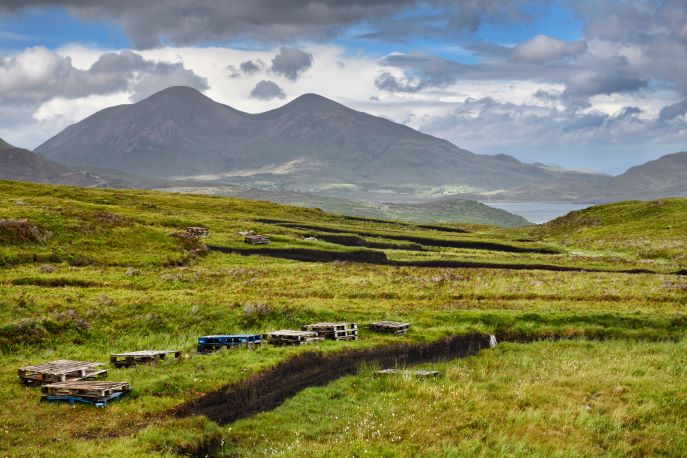 The SFI pays for added environmental benefits such as peatland restoration. (Credit: Reimar/Shutterstock)

Another company that wants to boost regenerative agriculture practices in its UK supply chain is PepsiCo, maker of Walkers crisps. David Wilkinson, senior director of European agriculture at PepsiCo Europe, says:  “When we were thinking about how to reduce (our) carbon footprint, you're very quickly getting into carbon sequestration, into not using too much fertiliser, and applying it at the right times and incorporating crop residues … and you very quickly start to get into regenerative practices.”

Farmers are sharing practices and coming to the company with ideas, forcing it to think differently, says Wilkinson. One example is improving a crop rotation by building in a legume (such as chickpea), to fix nitrogen in the soil. So “we're starting to look at other ways to reformulate certain products that can take advantage of these crops. That doesn't necessarily mean you define whole new products around a new crop, but maybe dried chickpeas could replace 20% of the potato in potato flakes, for instance,” he suggests.

Another initiative is fertiliser made from potato peelings, which is being trialled with all PepsiCo’s grower groups in the UK. This is the third year of pilots, testing out the impacts of different and targeted application rates. “What we see with our eyes (is) the canopies look good, the crops perform … and applying less (fertiliser) looks feasible,” says Wilkinson. PepsiCo is now building a separate facility to produce the fertiliser for its farmers, using technology from CCm Technologies, a carbon capture and utilisation firm in Swindon.

“I can't remember the last time a farmer said they didn't need to change. They all get it,” notes Wilkinson. But “the complexity is bringing this together in today’s agricultural supply chain, thinking more about crop rotations versus individual crops, thinking about how you can introduce the right systems to support people renting land, rather than people perhaps owning land.”

That complexity may explain why regenerative practices are being taken up only slowly. But several coalitions are trying to alter the trajectory.

“If we want to have resilient, productive agriculture going forward, then there's no room for people to take small, incremental steps,” says Lesley Mitchell, associate director for sustainable nutrition at Forum for the Future.

The sustainability NGO wants to catalyse change by bringing together all those working on regenerative agriculture in the UK to create new partnerships, to pull retailers into discussions and explore “new business models that enable regenerative producers to reach consumers, perhaps (through) closer, tighter supply chains.” 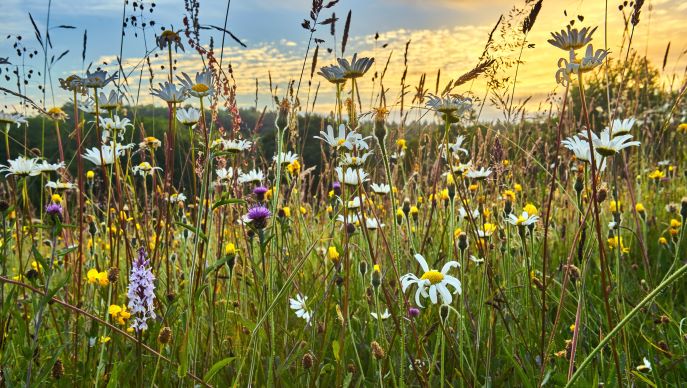 “There are many, many, many different explorations and pilots and prototyping going on out there. And it's often quite difficult to join those up, and to see where the key learnings are coming,” she adds.

Mitchell also hopes to crack the nut of what can be shared in a pre-competitive environment.  Pilots could take six to seven years, she says, so “consolidating the information that we have, identifying where there is a wider benefit… Do (businesses) have shared supply chains where they can work through their supply chain to create change?”

Earlier this year, the then Prince of Wales asked companies to form an agribusiness task force as part of the Sustainable Markets Initiative, which he launched with the World Economic Forum. Its aim is to create a “scalable value chain blueprint” where lessons learned in one crop can be transferred more widely.

We don't know what the outcome is going to be of implementing all this, we just have to get on the journey

In the UK, potatoes are the target and PepsiCo will work with Canada’s McCain Foods, the world’s biggest manufacturer of frozen potato products, which has also committed to adopting regenerative practices across its potato crops by 2030.

Another key element is in measuring and reporting. The Sustainable Soils Association, which is focused on restoring soil health, is bringing together retailers, manufactures and others to try to find a way to standardise those processes. Nestle is a founding member.

Both Wilkinson and Sundaram are optimistic about the direction of travel. “We don't know what the outcome is going to be right now of implementing all this … (but) we just have to get on the journey,” suggests Sundaram.

What is clear is that the net-zero agenda will tie farmers and the food companies they supply much more closely together.

Will 2023 be a watershed moment for corporates on addre...
Brands failed to meet promises to protect forests. We c...
A week of getting real about the enormity of the climat...
PepsiCo’s biggest challenge: winning over millions of...
comments powered by Disqus