Climate scientists have long warned that the world must slash the use of fossil fuels. But governments have delayed acting for so long that almost all the pathways to climate safety modelled by the United Nations-backed Intergovernmental Panel on Climate Change depend on two highly speculative bets: a massive roll-out of projects to capture carbon dioxide (CO2) emissions from industrial sites, and an equally daunting effort to draw the planet-warming gas back out of the atmosphere at gigatonne-scale.

Since carbon capture and storage (CCS) technology was first developed in the early 1970s, the world has only managed to establish about 30 commercial facilities – many of them used to extract more oil from fields in North America. To hit climate targets, the Global CCS Institute, an industry-backed think-tank, estimates that there will need to be 70-100 new CCS facilities built per year, at a total cost of $655 to $1,280 billion.

And that poses an obvious question: assuming that such a mission is even feasible, how to pay the estimated trillion-dollar cost?

The global market in carbon credits for CCS schemes faces a major hurdle: the lack of a universally accepted accounting framework

Long touted as a climate solution by the fossil fuel industry, and condemned as a “false solution” by environmental groups, CCS projects have traditionally depended on tax breaks and other subsidies to prove economically viable. Oil and gas executives now aim to unlock an additional source of finance by selling carbon credits to other heavily polluting industries seeking to offset some of their own emissions.

With companies from airlines to steelmakers under pressure to demonstrate progress towards net zero pledges, demand for credits is rising. But harnessing this appetite to fulfil the oil industry’s vision of a fully interchangeable, global market in carbon credits for CCS schemes faces a major hurdle: the lack of a universally accepted accounting framework to certify how much CO2 a particular project is storing. 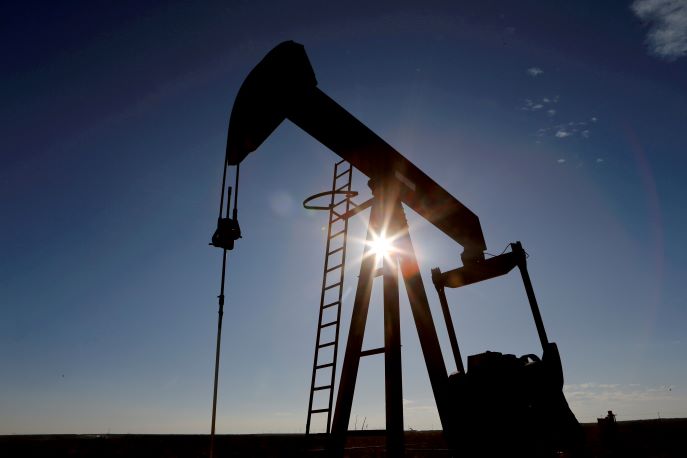 Occidental says it aims to build 100 DAC plants in the oilfields of the Permian Basin by 2035. (Credit: Angus Mordant/Reuters)

Also among the coalition’s 35 partners are Canada-based Carbon Engineering, Switzerland’s Climeworks, and other companies which are developing technologies known as direct air capture (DAC) to absorb the gas directly from the atmosphere. The goal is to publish draft methodologies for public consultation in January.

“We want to achieve the highest level of carbon accounting so that these methodologies will be adopted as standard practice as carbon markets expand around the world,” said Christiaan Gevers Deynoot, senior manager of carbon removal platforms at South Pole, and deputy secretary-general of the CCS+ Initiative.

All told, existing CCS projects store about 40 million tonnes of CO2 a year, or 0.1% of global emissions.

As pressure on the fossil fuel industry to decarbonise has intensified, interest in the technology has soared. As of September 2022, the total capacity of commercial CCS projects in the pipeline reached 244 million tonnes per annum of CO2, an increase of 44% relative to the previous 12 months, according to the Global CCS Institute.

A big part of it is building direct air capture on a large-scale, which is not being done today

Northern Lights, a joint venture between Shell, TotalEnergies and Norway's Equinor, aims to store emissions from European industry in disused oilfields under the North Sea, the largest project of its kind in the world. The companies said they had made a commercial breakthrough in September, when they signed a deal to store CO2 from fertiliser maker Yara’s Dutch operation. Japan’s Mitsubishi Corporation has also joined the CCS+ Initiative, reflecting its interest in technologies to utilise CO2 in building materials such as cement and ceramics.

In the United States, Oxy Low Carbon Ventures, founded in 2018, is leading Occidental's strategy to become the first American driller to transform itself into a “carbon management” company. Occidental chief executive Vicki Hollub says the company aims to build 100 DAC plants in the oilfields of the Permian Basin by 2035. The goal is to suck enough CO2 from the atmosphere to offset the emissions associated with producing and burning Occidental’s newest product, so-called “net-zero oil”.

“It’s not just putting (carbon) capture on emissions sites – although we’ll do some of that,” Hollub told a panel at the COP27 climate talks in Egypt in November. “A big part of it is building direct air capture on a large scale, which is not being done today.”

Buyers are already lining up to buy associated credits. Oxy’s 1PointFive unit announced in March that Airbus had agreed to purchase 400,000 tonnes of carbon credits generated by its first DAC plant, which is due to go online in the next few years. 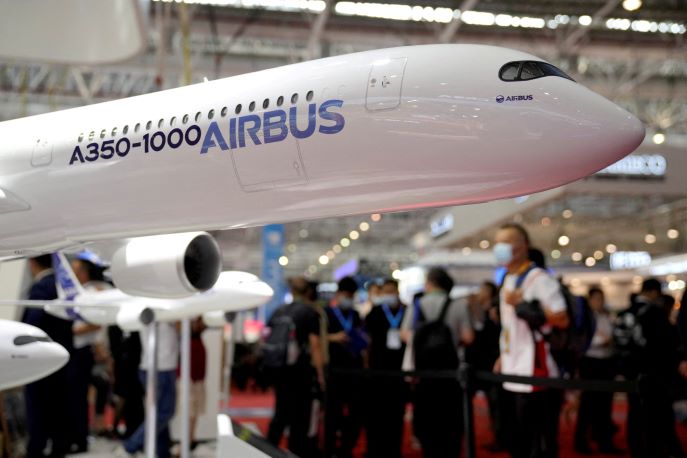 Oil companies see such deals as a mere foretaste of what could lie in store if they succeed in establishing a more liquid trade in credits for carbon capture and removals. However, not all credits will be created equal. The CCS+ Initiative methodologies aim to draw a clear distinction between carbon credits generated from CCS projects to reduce emissions from industrial sites, and DAC projects to remove CO2 from the air.

With many climate models reliant on a massive effort to draw down atmospheric CO2 in the second half of this century to stabilise global temperatures, interest in DAC has grown – particularly given the land-use and other constraints facing carbon removal techniques such as afforestation, or bioenergy with carbon capture and storage. Headline-grabbing investments by tech companies such as Microsoft and Stripe in Climeworks and other DAC companies have left some oil executives concerned that carbon markets may undervalue the arguably less glamorous task of deploying CCS to clean up industry.

The relative price of credits for CCS or DAC will initially be decided in the voluntary carbon markets, which are frequented by companies shopping for credits to meet net-zero targets.

Transactions on these exchanges reached almost $2 billion in 2021, an almost four-fold increase from $520 million the previous year, according to Ecosystem Marketplace. Ultimately, though, the CCS+ Initiative has its sights set on a bigger prize: introducing carbon credits for carbon capture into much larger government-run cap and trade schemes, such as the European Union Emissions Trading System, which had a turnover of 683 billion euros in 2021, according to Refinitiv. In November, the European Commission published framework proposals for introducing carbon removals into the ETS. The CCS+ Initiative hopes its methodologies will be adopted as a regulatory standard for the associated credits as the scheme takes shape.

As carbon markets boom, the oil industry’s embrace of carbon capture has fuelled concerns among many environmental organisations and climate scientists, who fear that the technology will serve primarily to prolong the fossil fuel era.

In May last year, the Paris-based International Energy Agency warned that there can be no new developments of oil and gas if the world is to have a chance of hitting the 2015 Paris Agreement target to limit the rise in average global temperatures to 1.5 degrees Celsius.

Although there is widespread agreement that CCS should be used to tackle emissions from so-called hard-to-abate sectors such as steel, cement and chemicals, some drillers are using CCS to justify new production.

Houston-based NextDecade, a member of the CCS+ Initiative, says it aims to use carbon credits to finance a CCS project to reduce emissions from its planned Rio Grande LNG facility to export liquefied natural gas (LNG) from the South Texas coast – which it bills as the “greenest” LNG project in the world. 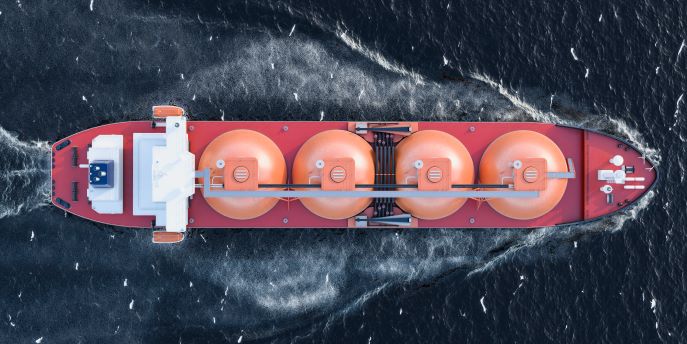 NextDecade aims to use carbon credits to finance a CCS project to reduce emissions associated with exporting LNG. (Credit: AlexLMX/Shutterstock)

Local environmental groups argue that even if CCS proves technically feasible at the site, it would only capture a tiny fraction of the overall emissions associated with extracting, transporting and burning the project’s natural gas.

There are also concerns that DAC – so far confined to tiny projects – could foster unrealistic expectations over the prospects for removing enough atmospheric CO2 to matter to the climate.

“On one hand, it’s really important that these negative emissions technologies are developed and that they are tried out at different scales – because we'll need them,” said Anders Bjørn, a researcher specialising in net-zero emission pathways at the Technical University of Denmark. “But there’s also a danger that fossil fuel companies will showcase these nice new pilot projects without ever having an intention for them to play a serious role.”

In the end, the only climate-neutral gas or oil is the gas and oil that stays in the ground

“Carbon capture technology is super-expensive, takes a long time to develop, and it’s inefficient. In what situation is that better than investing heavily in renewable energy, which is cheap and available?" said Carsten Warnecke, a carbon market specialist at the NewClimate Institute think-tank in Cologne. “In the end, the only climate-neutral gas or oil is the gas and oil that stays in the ground.”

Can business bridge the yawning gap in finance for natu...
Policy Watch:  An unfair COP that will likely fail to ...
Comment: Five ways the world can break the deadlock on ...
ESG Watch: Banks’ net-zero pledges in the spotlight a...
comments powered by Disqus