Americans love their cars, and President Joe Biden is no exception: he bemoaned having to park his 1967 Corvette Stingray, which gets 12 miles to the gallon, since presidents are not allowed to drive.

But only eight days after being sworn in, Biden signed an executive order that promises to help transform the vaunted national auto industry by ordering the electrification of the entire federal fleet – some 645,000 vehicles, including some 225,000 U.S. Postal Service trucks.

There is little time left to avoid setting the world on a dangerous, potentially catastrophic, climate trajectory,” he wrote in a wide-ranging order aimed at addressing the climate crisis in all corners of government. “It is the policy of my administration to lead the nation’s effort to combat the climate crisis by example.”

The Biden administration has pledged a 100% clean energy economy and net-zero emissions by 2050, and there is little question why the auto industry is a priority. The Environmental Protection Agency estimates that transportation accounts for 28% of U.S. GHG emissions.

Far from leading on electrification, as in many other countries, the government-owned fleet has been a laggard. As of July 2020, only 3,215 federal vehicles were electric, or half a per cent, compared with the nationwide figure of 2% of auto sales.

Biden has also given government agencies until April to review fuel efficiency standards after Trump dumped an Obama-era fuel-economy requirement for new vehicles to increase by 5% each year, instead requiring them to rise by 1.5%.

Biden’s executive order predicts that the electrification of the federal fleet will catalyse private-sector investment and accelerate the development of America’s industrial capacity to supply EV to the domestic market. 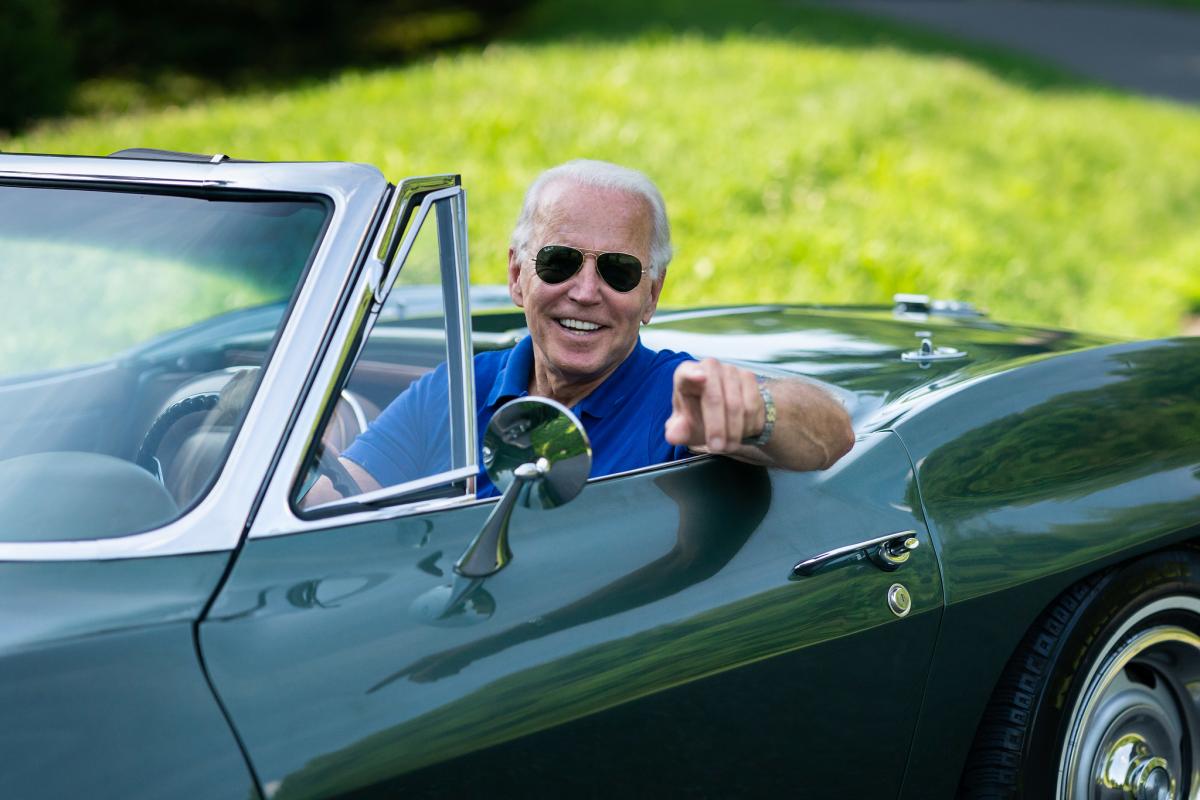 President Biden has had to park his 1967 Corvette Stingray, which gets 12 miles to the gallon, since he became President. Credit: Adam Schultz/Flickr

They are lofty goals, give that only three automakers – Tesla, Ford (Fusion) and GM (Chevy Bolt) – manufacture EVs in the United States, and none is using at least 50% American-made materials, as called for in the Biden plan. U.S. carmakers also face stiff competition for components from China, which by 2023 is expected to manufacture some 62% of the lithium-ion batteries needed to power the cars.

In a recent white paper on EVs, the United Auto Workers (UAW) union warned of the implications of increased EV production for home-grown jobs, noting that EV powertrains are significantly simpler to manufacture than internal combustion engines.

The union called on the industry and policymakers to “re-tool plants and re-train workers to maintain employment levels and allow American workers to make advanced technology vehicles”, producing batteries, advanced braking systems, electronics and other components.

It seems we’ve reached the tipping point for electrification

Kristin Dziczek, vice president of industry, labour and economics at the Center for Automotive Research (CAR), said in an interview that while she expects large first-tier suppliers will use their existing facilities to build EV components, she worries that smaller firms and their workers will get left behind.

“It seems we’ve reached the tipping point for electrification, and planning for how to minimise structural unemployment is the challenge for this administration,” said Dziczek.

In a sign of the times – or perhaps just a reading of the political tea leaves – U.S. automotive giant GM (the fourth-largest automaker globally) announced in January that the company would phase out the manufacture and sales of gasoline vehicles by 2035. In the meantime, it will improve the emissions and efficiency of all its vehicles. 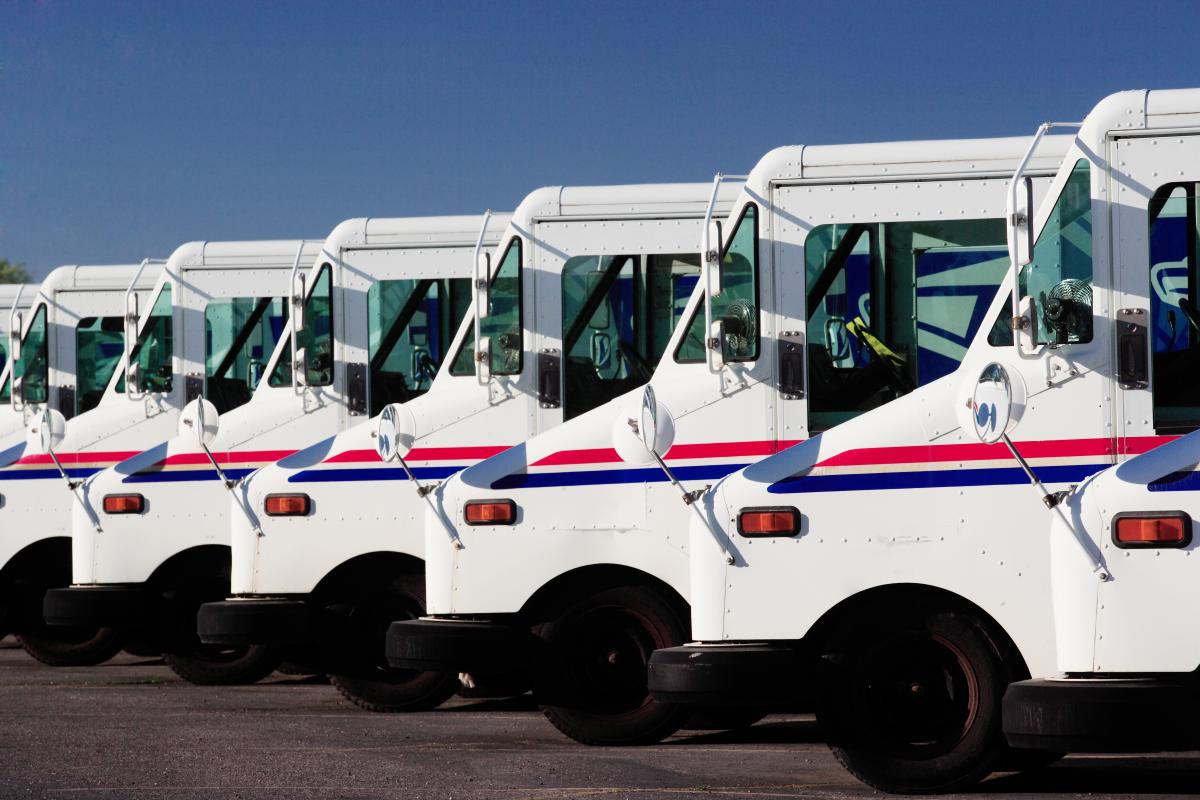 Ford followed soon after, announcing that it would add $11bn in new EV spending through 2025, and another $7bn for driverless vehicles.

As reported in the second of our series in The Sustainable Business Review on the top 250 greenhouse gas emitters, GM’s move was a stunning volte face, given that it had lobbied for four years for looser mileage efficiency standards, before last March joining (along with Toyota, Subaru, Fiat-Chrysler and others) the Trump administration’s litigation to limit California’s ability to issue stricter fuel efficiency standards than the federal standard.

By contrast, Ford, BMW and Honda had secretly negotiated with the state to tighten those standards. California, which accounts for the largest proportion of U.S. car sales, plans to ban the sale of gas-powered cars by 2035.

GM’s move seems less about a drive to decarbonise, and more about financial survival

But with BloombergNEF predicting that EVs will achieve price parity with internal combustion engine vehicles in 2022 for large cars and SUVs, and 2024 for small and medium cars, GM’s move seems less about a drive to decarbonise, and more about financial survival.

But one critical barrier of EV rollout will be charging infrastructure, with most EV owners in the U.S. currently charging their cars overnight at their own homes. 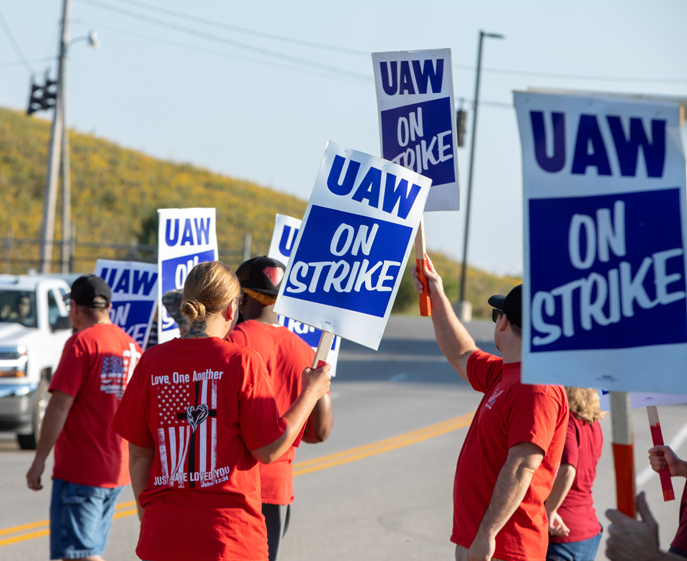 The UAW has called on policymakers to maintain employment levels amid the switch to EVs. (Credit: BCW28/Shutterstock)

The Biden administration’s EV plan includes the building of some 500,000 new public charging stations, a more than five-fold increase from the estimated 90,000 chargers at some 28,000 charging stations today, according to the Department of Energy.

BloombergNEF estimates the planned charging station build-out will cost more than $5bn, and meet 57% of the country’s EV charging needs by 2030. That will still leave the U.S. far behind the European Union, which expects to grow its charger stocks from fewer than 200,000 currently to 1 million by 2025.

Unlike in Europe, the building of charging infrastructure in the U.S. is being undertaken by utility companies and municipalities, which are beginning to include mandates on EV charging capacity at multi-family buildings and in public spaces.

Leading the charge is California, with Governor Gavin Newsom having signed an executive order to ban the sale of new gas-powered cars and trucks by 2035. In a scorecard on states’ support for EV in February by the American Council for an Energy-Efficient Economy (ACEEE), the country’s most populous state was scored 91 out of 100 for being the only one to set deadlines for electrifying transit buses, heavy duty trucks, and commercial vehicles, and to adopt statewide building codes for wiring most types of new buildings and houses for EV charging.

California is also one of the few states to help lower-income drivers replace old, high-polluting cars with cleaner vehicles, and plans to deploy chargers in poorer communities, ACEEE said.
Anglo-Dutch super-major Shell revealed last month plans to dramatically scale up its public EV charging infrastructure from 185,000 to 2.5m globally by 2030 as part of delivering on its net-zero carbon plans.

Much of this focus will be in California and elsewhere in the U.S., given that Shell in 2019 acquired the California EV charging startup Greenlots, which provides everything from a mobile app helping EV drivers connect to chargers, to turnkey charging stations services, to working with public entities and municipalities to increase charging capabilities nationwide. 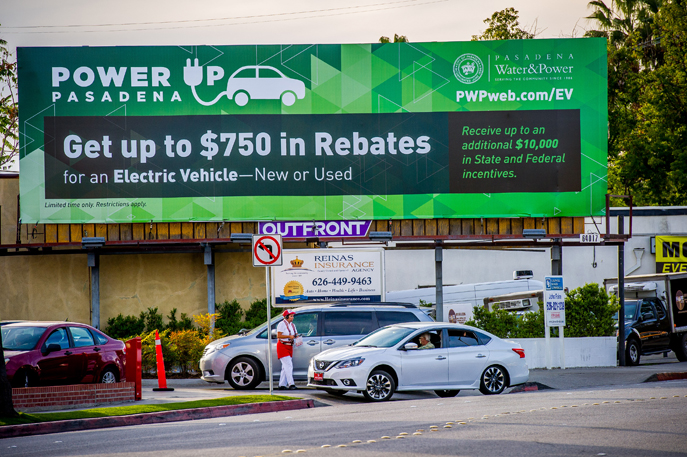 Beyond the charging infrastructure challenge, there will also be challenges surrounding the sustainability of resource use in scaling up EV production. David Reichmuth, senior vehicles engineer at the Union of Concerned Scientists, notes that the manufacture and use of EVs has emissions and environmental implications, from mining of raw materials to the production and disposal of batteries.

“But EVs don’t need to be perfect to be a part of the solution to cleaning up transportation – they just need to be an improvement over gasoline vehicles,” he said.

Already EVs emit half the greenhouse gases over their lifetime compared with gasoline vehicles, something that will improve even further as the U.S. electricity grid gets greener.

Diana Rojas is a freelance writer based in Washington, DC, and a regular contributor to The Ethical Corporation, focusing on environmental policy and sustainability issues. Diana is fluent in Spanish and Portuguese.

‘Ethical Corporation has been a beacon of light in a ...
Analysis: Why Tesla now has Volkswagen in its rear-view...
‘It’s not enough to set net-zero targets. In this d...
Good for General Motors, but is an electric Hummer good...
comments powered by Disqus