From e-scooters to smart roads, city planners are innovating to try to keep CO2 emissions from soaring again as they emerge from lockdown. Mark Hillsdon reports

Before London went into its first lockdown last March, around 11.5m journeys a day were being made on the city’s tubes and buses. On 12 February this year, the figure was fewer than 3m. In New York, passenger numbers on the subway have regularly dropped by more than 90% during the pandemic.

Similar stories of people deserting public transport have played out in cities around the world as mass transit has brought the fear of mass transmission. Given the option, the vast majority of people have either chosen to work from home, or climb back into the car to complete the daily commute.

But as cities start to edge back to some sense of normality, will decades of work pulling together integrated public transport networks and encouraging people to ditch the car be undone by a fear of getting back on the bus?

Globally, according to the International Energy Agency (IEA), emissions from road vehicles amount to 3.6 gigatons a year, or nearly three-quarters of all transport CO2 emissions. While the pandemic saw this figure drop dramatically in the first half of 2020, a rebound in transport-related emissions, particularly in emerging countries, towards the end of last year prompted a warning earlier this month from the IEA that “many economies are now seeing emissions climbing above pre-crisis levels”. 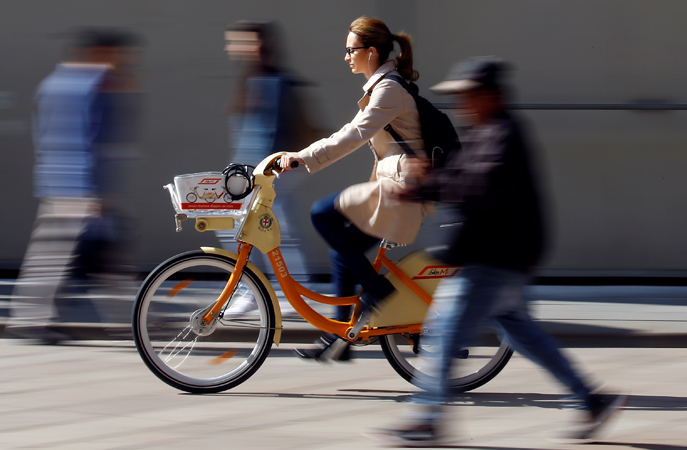 Milan is allocating more than 100km to cycling and walking. (Credit: Stefano Rellandini/Reuters)

One antidote being trialled in some cities is the concept of the 15-minute city. Hélène Chartier, head of zero carbon development at C40 Cities, says this is about “supporting thriving local life so that people can access everything they need within a short walk or bike ride".

It is about decentralising city life, she says, and reconnecting people with their neighbourhoods, but also developing strong physical and digital links with other parts of the city.

“We need good public transport so that people can have more social and economic opportunity,” she says, while safe, affordable and high-quality city transit is also key to achieving cuts in emissions and cleaner air.

The 15-minute city aims to cut out unnecessary and unwanted travel, such as taking the car to the out-of-town supermarket. But Chartier also believes that changes to the way we work could actually help to safeguard public transport. Flexible hours, different start times and days working from home may have called time on the traditional rush hour.

Fifteen global cities are now working on variations of the 15-minute concept, with Portland and Melbourne among the most developed. Minneapolis and Ottawa are among the latest to sign up. 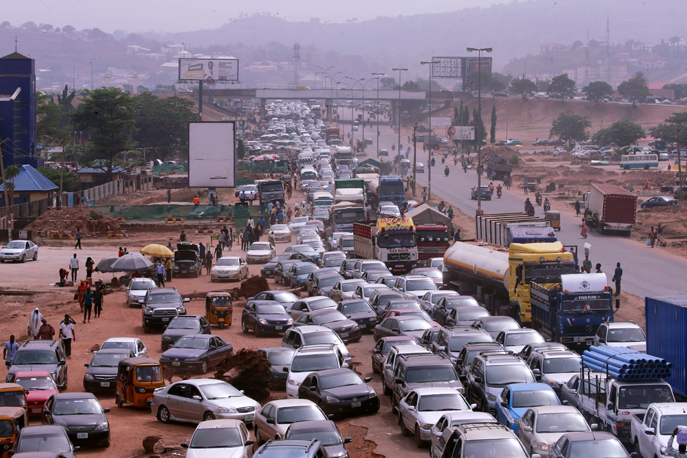 Others are also making city-level transport a part of their green recovery. In Mexico City, more than 100km of public transport corridors, and four new cable car lines, will be opened by 2024 in order to provide better access to services for low-income communities. In Milan, which has long embraced the idea of the 15-minute city, more than 100km of street-side space is being reallocated for cycling and walking by the end of 2021.

Not to be outdone, the Finnish city of Lahti, this year’s European Green Capital, has made the headlines with its innovative take on active transport, a ski-sharing scheme. City planners have also developed a number of cross-country ski trails across the regularly snow-bound city centre.

Another important innovation for cities, and the future of their public transport networks, is the intelligent road, stretches of highway that can speak to the vehicles that use them, and which could prove a boon to transport planners.

Smart roads can make sure buses run on time, and will even be able to change traffic lights in buses’ favour

Huawei has recently developed a new test facility in Wuxi, China, where a connectivity layer of cameras and radar equipment is embedded under the tarmac on a 4km stretch of road, relaying information to autonomous vehicles, including the buses that use it.

Ultimately, explains Edwin Diender, Huawei’s chief digital transformation officer, the technology will provide “a traffic management system that makes predictions about what is going to happen”.

At the moment, he says, a vehicle “can only see in a straight line, it cannot see around corners”. But by integrating information from other systems about traffic flow and the status of traffic lights, it’s possible to create a 360-degree view. 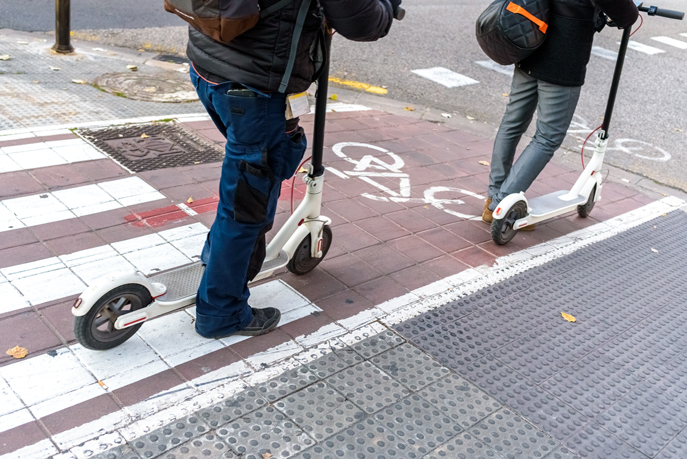 Light electric transport is being seen as part of the transport revolution. (Credot: JoaquinCorbalanP/Shutterstock)

This can help to ease congestion, which inturn improves air quality. Smart roads can also make sure buses run on time, and will evenbe able to change traffic lights in buses’ favour. This in turn supports an integrated city transport system, with improved punctuality ensuring seamless connections.

Europe’s latest attempt to address this issue was announced in December, with the launch of the EU’s Sustainable and Smart Mobility Strategy. It lays out how Europe could achieve the green and digital transformation of its transport system over the next four years, ultimately cutting emissions by 90% by 2050.

The future of city travel, says the Commission, is at least 30m zero-emission cars on European roads by 2030, helping 100 cities to become climate neutral. There will also be a major push on developing new cycling infrastructure, while digitalisation and innovation will make smart, connected travel a reality, allowing more passengers to buy tickets for multimodal journeys.

For Europe to meet its ambitious emissions targets, more will need to be done at a sustained pace

Electric scooters, already growing in popularity, will be an important part of this city transport revolution. Micromobility for Europe (MMfE) is a new coalition of businesses promoting e-scooters, as well as other small, light electric vehicles, such as e-bikes and cargo-bikes, as cleaner forms of transport.

With members already operating in cities across Europe, the goal is to help tackle urban travel’s two greatest problems – congestion and tailpipe emissions, says co-chair Catriona Meehan.“For Europe to meet its ambitious emissions targets, more will need to be done at a sustained pace.”

Meehan believes that micro-mobility is establishing itself as an alternative to personal car ownership. It also has the potential to encourage people to use different modes of transport in one trip, using an e-scooter, for instance, to move from bus depot to tram stop or train station. 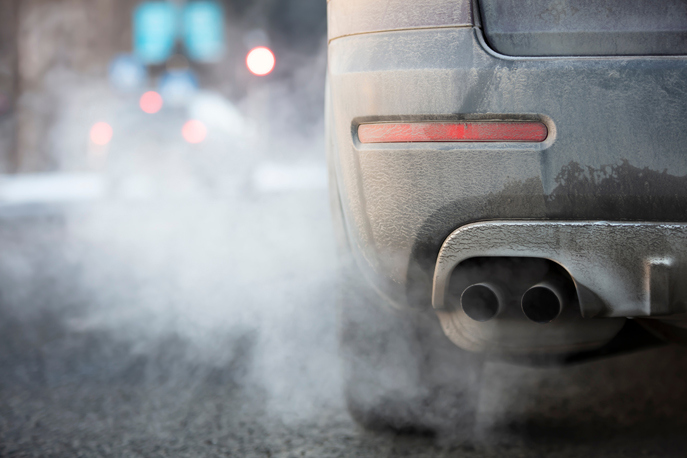 Taxis are poised to benefit if people continue to shun public transport, and are offering more green alternatives. In North America, Uber now has electric vehicles running in more than 1,400 cities, including Washington DC, Houston and Miami. Last September, the company committed to become a fully zero-emission platform by 2040, and to run 100% electric fleets in the U.S. and Europe by 2030. It has backed this with an $800m commitment to help hundreds of thousands of drivers transition to EVs globally by 2025.

According to Lois Van Der Laan, a global corporate communications manager at Uber, the business is also increasing partnerships with local governments. These include Paris and London, where the company helps its drivers to buy their own EVs. Uber has also joined Tesla and 26 other companies in launching the Zero Emission Transportation Association (Zeta), a new organisation advocating for national policies that will enable 100% EV sales by 2030.

Meehan says it is crucial that Europe avoids a private-use car-based recovery. “Public transport is the backbone of a local transport ecosystem,” she says. “The current pandemic has generally decreased the level of transport activity in Europe and across the world… (but) this is an opportunity to rethink how we move and organise our cities – to the benefit of all.” 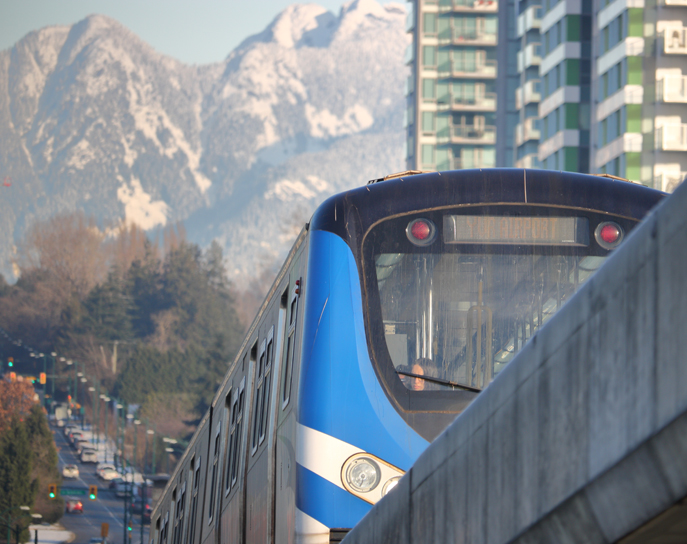 Vancouver is looking to fund its transport system through a property development 'tax'. (Credit: Modfos/Shutterstock)

Public transport is traditionally funded through a blended approach that mixes local taxes, government subsidies, tolls and fares. But with the latter dropping off so dramatically, new ideas are needed to plug the gap.

Heavier tolls on car drivers is a potential income stream, although whether politicians are willing to further tax car owners is a moot point. Hikes in fare prices could also backfire, hitting those on lower incomes – and those who need public transport the most – the hardest.

According to C40 Cities, the transit systems that are faring best are those that are less dependent on fares, with a larger proportion of revenues coming from dedicated taxes, like in Paris or Tallinn, or commercial revenues, like in Hong Kong. TransLink, metropolitan Vancouver’s transport network, is looking at raising funds through development cost charges – a "tax" on certain kinds of property development – and vehicle levies. Los Angeles Metro has looked into using congestion pricing revenues to support fare-free transit, while Swiss authorities are discussing Mobility Pricing, and ways in which to unify all the ways people pay to get around, both by car and on public transit. A similar plan, Smart Move, is being studied in Brussels.

Green bonds could also offer an answer, although many of these funding mechanisms have been developed to cover the cost of infrastructure projects and developing low carbon technologies, rather than paying for the day-to-day running of transport systems.

In the UK, community municipal investments (CMI) are a low-risk way for local people to support green infrastructure in their area by investing directly with their council.  Developed by ethical investment platform Abundance, they have already proved popular with both Warrington and West Berkshire councils, where they have been used to fund green energy schemes.

Bruce Davis, managing director of Abundance, says: "CMI's have the potential to fund the investment in public and active transport which is needed at a local level if we are to make a dent in one of the more stubborn areas of the transition to net-zero.  Transport planning can be a very polarising issue for communities, and the power of the CMI approach is that local residents are placed at the heart of the process.”