UK to decarbonise power supply by 2035; US to auction offshore leases from Maine to Oregon 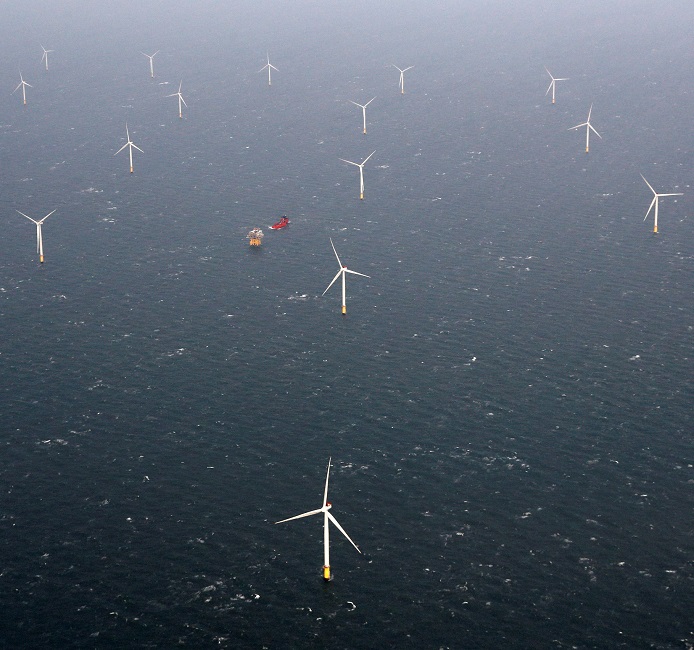 The UK will decarbonise its entire power supply by 2035 as part of plans to cut total carbon emissions by 78% compared with 1990 levels, Prime Minister Boris Johnson said October 7.

Johnson's power sector pledge follows the advice of the UK's independent Climate Change Committee (CCC) and matches the target set by President Joe Biden for the US power sector. Both countries have committed to net zero carbon emissions by 2050.

Johnson's announcement comes ahead of the COP26 United Nations Climate Change Conference in Glasgow next month.

The Prime Minister highlighted UK progress in offshore wind as well as emerging technologies such as carbon capture and storage (CCS) and green hydrogen. New nuclear power plants will also play a role.

The UK is the leading global offshore wind market and aims to quadruple capacity to 40 GW by 2030. The government also opened subsidy auctions to onshore wind and solar this year for the first time since 2015. As wind and solar capacity grows, cost-efficient energy storage will be crucial.

"We think we can get to complete clean energy production by 2035," Johnson said.

The UK is the world leader in power sector decarbonisation, slicing power sector emissions by two thirds by 2019. The pledge to cut total UK emissions by 78% will for the first time require cuts in international aviation and shipping. By 2019, the UK had cut total emissions by 44%.

US to auction offshore wind leases in seven regions by 2025

The US will hold up to seven offshore wind lease auctions by 2025 including undeveloped areas in the Central Atlantic, the Gulf of Mexico and the West Coast, Deb Haaland, Department of the Interior (DOI) Secretary, announced October 13.

The Biden administration has set a target of 30 GW offshore wind by 2030 and pledged to complete the environmental reviews of 16 projects - representing 19 GW of capacity - by 2025. In May, the DOI approved the construction and operation of the 800 MW Vineyard Wind project, the US' first large-scale offshore wind farm.

The new lease areas include the Gulf of Maine, New York Bight, Central Atlantic, the Carolinas, Gulf of Mexico, central and northern California and Oregon. In June, the DOI announced it would tender for eight leases in the New York Bight by the end of the year and selected the sea areas in California that will host the US' first floating wind farms. The Bureau of Ocean Energy Management (BOEM), a DOI agency, is currently refining its identification process for offshore wind areas in a bid to streamline the development process.

The bureau is also considering requiring leaseholders to report on stakeholder engagement, include US labour agreements and invest in domestic manufacturing.

"New York State must be more aggressive in setting the bar higher in recognition of the reality of climate change and the closing window of time to stop the worst impacts," Governor Hochul said.

The projects will receive payments under New York's Tier 4 renewable energy support scheme following a tender held by the New York State Energy Research and Development Authority (NYSERDA) in January. Construction on CHPE is due to begin in 2025 followed by CPYN in 2027, pending permit approvals and sign off by the New York Public Service Commission.

"Two new transmission lines connecting New York City to electricity from water, wind, and solar will create thousands of good union jobs, improve the resilience and reliability of our power supply, and dramatically reduce our reliance on oil and gas electricity," the Mayor said.

Global investment in renewable energy must triple by the end of the decade to achieve net zero by 2050 and avoid the worst effects of climate change, the International Energy Agency (IEA) warned in a report October 13.

Some 70% of the additional spending must be deployed in emerging and developing economies, "where financing is scarce and capital remains up to seven times more expensive than in advanced economies,” the IEA said in its World Energy Outlook 2021 (WEO-2021).

The release of the report comes ahead of the COP26 United Nations Climate Change Conference in Glasgow next month.  The IEA has already warned that investors should not fund any new oil, gas and coal production or any new unabated coal-fired power plants in order to reach net zero by 2050.

“The world’s hugely encouraging clean energy momentum is running up against the stubborn incumbency of fossil fuels in our energy systems,” Fatih Birol, IEA Executive Director said. “Governments need to resolve this at COP26 by giving a clear and unmistakeable signal that they are committed to rapidly scaling up the clean and resilient technologies of the future."