Investors and power authorities are backing long-duration energy storage technologies that could improve the business case for wind developers within a few years. 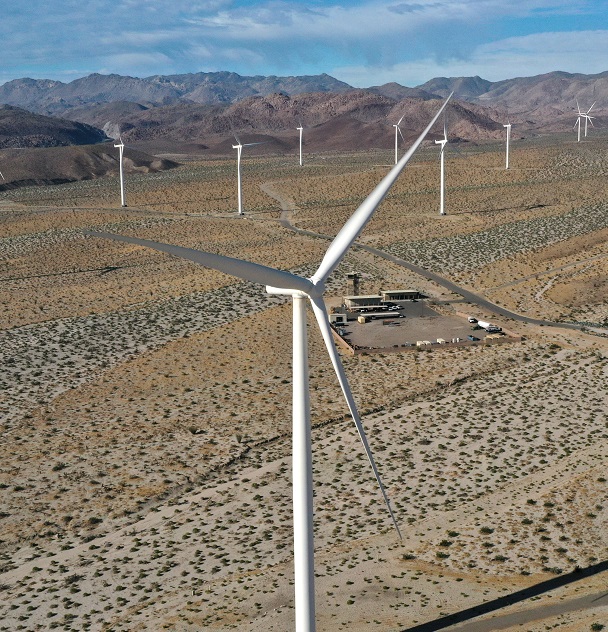 As wind and solar claim an increasing share of the power mix, many wind developers see long-duration energy storage as key to future growth.

Across the US and Europe, grids are becoming increasingly reliant on renewable energy. Intermittent weather resources create times of surplus and deficit and low carbon power grids will require storage of various durations, from minutes to weeks.

Last month, US fund TPG became the latest investor in Form Energy, a start-up developing long-duration energy storage. The US Department of Energy (DoE) recently launched a new $75 million test facility at the Pacific Northwest National Laboratory (PNNL) in Washington State in a bid to accelerate long-duration technologies. Energy storage will be critical to achieving President Biden's target of a zero-carbon power sector by 2035 and new support measures are expected in the $3.5 trillion budget reconciliation bill currently being fleshed out by Congress.

"We expect the global commercial availability of long-duration energy storage in the coming years – not decades," Schumacher said.

Demand for long-duration energy storage becomes significant in many markets once renewables - particularly wind power - provides "at least a third of the overall electricity,” Stefan Reichelstein, Senior Fellow at the Precourt Institute for Energy at Stanford University, said in an indicative estimate.

US wind penetration by state 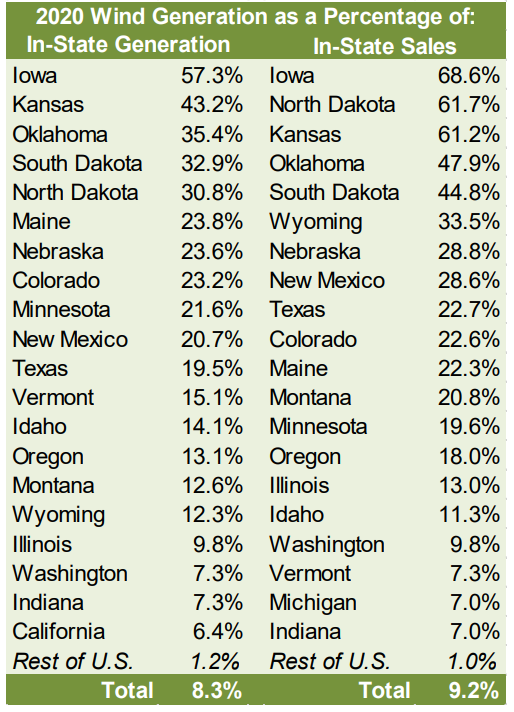 For wind developers, the optimal duration of energy storage depends on a number of market and project-specific factors, such as the intended use case, the share of electricity from renewable sources, local wind patterns and wholesale price dynamics, Schumacher said.

Power group Enel teamed up with Form Energy to assess ways to reduce risk for its wind farms in the US Southwest Power Pool (SPP). Using a technology-agnostic approach and two years of data from three wind farms, the partners assessed over 200 combinations of capital costs and charge-discharge efficiency scenarios.

Storage systems of three to four hours - such as the lithium-ion systems commonly deployed - showed a "positive yet limited impact" for the wind assets while durations of more than 10 hours offered "much more significant benefits," the partners said in a summary report.

Based on similar costs to existing pumped hydro storage facilities, optimal long-duration storage was between 20% and 40% of nameplate wind capacity and the optimal duration was between 13 and 23 hours, the study said.

"Simulations [show] long-duration storage with these features can boost the net present value of the wind farm up to 50% with respect to the case without storage, while reducing the downside risk up to 10% under today’s market conditions," it said.

A wide range of technologies are being developed to supply long-duration energy storage and the cost of the systems will be critical to their success. The cost of lithium-ion batteries will continue to fall on wider deployment in electric vehicles and power grids but they become less economic for longer storage durations.

"There has been a growth in interest in the last 12 months from investors, who are seeing the need for longer duration and higher utilisation storage systems," Porter said. "Crucially, there has also been more interest from grid operators and regulators."

Invinity is developing Vanadium Flow Batteries (VFBs) which store energy in liquid electrolyte for 2 to 12 hours. Vanadium is a metal that can be sourced from many countries and the batteries are most valuable in ‘high throughput’ applications, where the batteries are absorbing or delivering power many hours per day, Porter said.

Siemens Gamesa's ETES system uses electricity to heat volcanic stones to temperatures of 800 degrees C, storing the thermal energy until it is converted back into electricity using a conventional steam turbine.

The system uses cost-efficient readily available components which means it can be economically scaled up to support large wind farms and provide "beyond 24 hours of storage duration," Schumacher said. Long-duration applications include absorbing curtailed energy and time shifting of energy to match demand, he said.

The ETES technology is already commercially viable in some instances, such as remote island applications where it can supply electricity and heating and remove the need for imported fossil fuels, Schumacher added.

The different measures implemented by governments and power authorities to reduce carbon emissions could dictate the winners and losers in long-duration storage.

"In the short term, support from governments and regulators is crucial to scale up future technologies," Porter said.

Medium to long term, carbon pricing will be the "most effective way to drive to a net-zero system," he said.