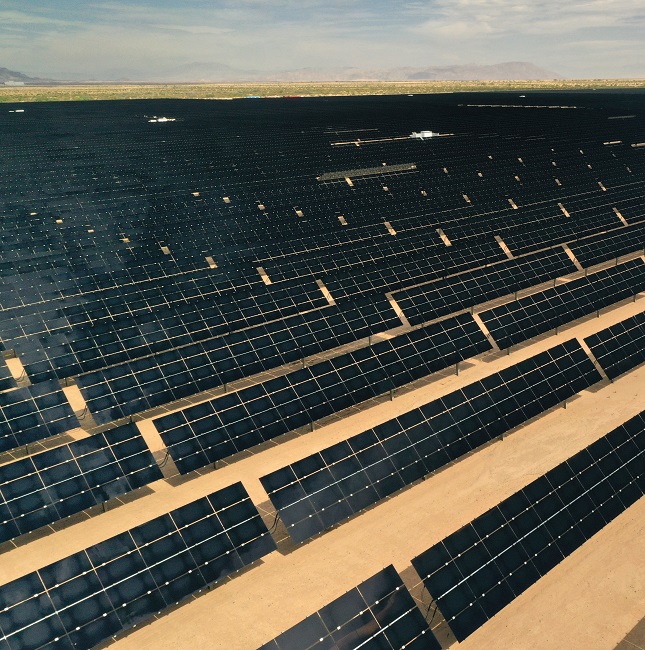 US solar plus storage activity is surging as developers look to capitalize on falling costs and secure greater revenues than stand-alone PV.

Solar costs are continuing to fall and lithium-ion battery cells will drop below $100/kWh in 2023 as larger factories reduce manufacturing costs, research group IHS Markit said in a recent research note. In 2013, battery cell costs were pegged at $680/kWh.

In many parts of the US, the cost of solar plus storage plants has fallen below gas-fired generation. At the same time, growing PV penetration is improving the business case for storage projects that can dispatch during evening peak demand, as the sun wanes.

Around 28% of US solar projects in grid interconnection queues at the end of 2019 included energy storage, the Lawrence Berkeley National Laboratory (Berkeley Lab), said in a recent report.

Some developers have now made it “standard practice to always provide a storage option when responding to a solicitation,” Berkeley Lab said.

Solar capacity in US interconnection queues

Deployment learnings and growing corporate demand for renewable energy have made solar plus storage more financeable.

Extra risk management measures are required to accommodate the greater complexities of storage but investor comfort is growing.

“The main risks are exposure to merchant markets outside of contracted revenues, but these are risks that fossil fuel assets share to perhaps an even greater extent than solar plus storage,” he said.

State mandates or targets in California, New York, New Jersey, Virginia, and Massachusetts have accelerated growth. Around 67% of solar projects in California's CAISO market at the end of 2019 featured energy storage, according to interconnection queue data, Berkeley Lab said. Across the non-ISO West region, storage featured on 50% of projects, while in ERCOT, SPP, MISO, PJM and NYISO, the level was 13%, 22%, 17%, 17% and 5%, respectively, Berkeley Lab said.

There is also strong demand for solar plus storage project in states such as Arizona and Nevada where favourable solar resources and large-scale projects have pushed prices below gas-fired generation.

Some development risks are lower than conventional plants.

“From a permitting perspective, it's easier to get a solar plus storage project in the ground than a fossil fuel plant,” he said.

US solar market penetration by state Solar plus storage developers currently benefit from federal investment tax credits (ITCs), which are being phased out from 30% in 2019 to 10% from 2022 onwards. The US Solar Energy Industry Association (SEIA) has called for the Biden administration to extend the program and also widen it to include stand-alone storage projects, to support solar growth.

Currently only available to storage when coupled with solar, the ITC "vastly assists in the project financing of energy storage systems," Mark Riedy, a Partner and Chair of the Energy Project Finance Practice at Kilpatrick Townsend & Stockton, said.

A 75% ratio might increase the levelised cost by $15/MWh compared with stand-alone solar, while a 25% ratio incurs an uplift of around $4/MWh, Berkeley Lab said.

The Townsite project has 180 MW of solar capacity and four hours of storage at 90 MW, representing a storage capacity of 360 MWh. The PPAs secure up to 115 MW of fixed offtake across a 16-hour block, allowing Capital Dynamics to aggregate multiple customers and use storage to reshape the production profile to closely match the fixed volume, Benoit Allehaut, Managing Director at Capital Dynamics, an independent global asset management firm, told Reuters Events earlier this year.

"We then sell excess supply and buy any block where our combined solar and storage is insufficient to deliver the fixed volume,“ he said.

Energy storage presents a greater range of operational risks for solar plant owners and maintenance teams will require a wider range of expertise.

Plant owners must implement charging and discharging strategies that maximise revenue and minimise degradation of the asset. In addition, longer dispatch periods for solar plus storage projects impact maintenance schedules while lifespans of major components differ.

Despite the risks, the growing inclusion of storage shows the direction of travel in the solar sector.

Allehaut predicts solar plus storage will become “the standardized design” for PV projects.

“Our view is that this type of service represents the future of the renewable energy sector,” he said.