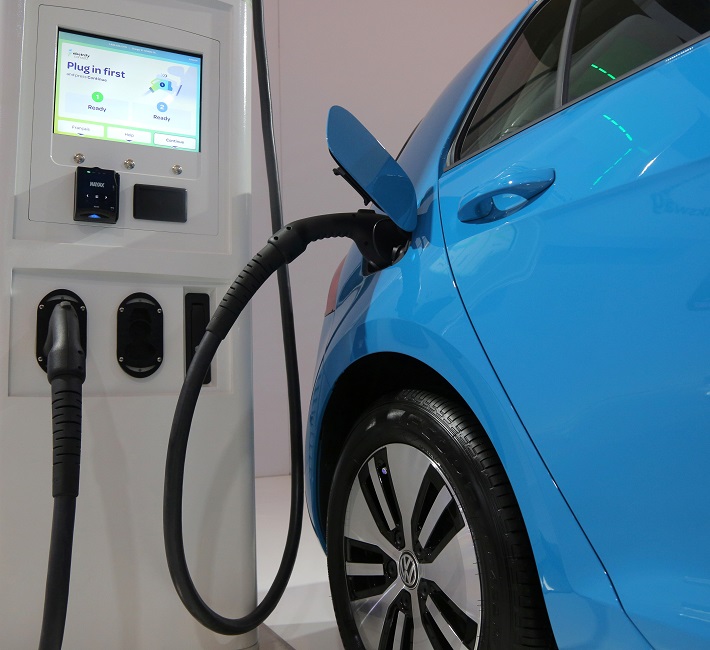 As the Biden administration seeks to boost solar and wind deployment, plans to accelerate electric vehicle (EV) use will also impact developers.

The White House is set to invest $174 billion in the EV market as part of a new $2 trillion infrastructure package unveiled on March 31. Consumers will be given sale rebates and tax incentives to buy US-made EVs, while incentives will be offered to boost the number of EV charging stations to 500,000 by 2030, up from 100,000 currently.

The new measures will increase the demand for solar and other types of power generation. Rapid uptake of EVs would require peak annual capacity additions of 10 GW/year in 2025-2029 and 15 GW/yr in 2030-39, compared with a total 12 GW/yr peak power added in 2009-2018, according to research published in 2019 by the U.S. DRIVE consortium of leading research houses and vehicle manufacturers. For solar developers, smart charging schemes could have a significant impact on their business case. EV charging patterns are not currently aligned with solar power output and smart charging could affect power demand and price.

"As the share of renewable energy increases, the economic incentives for flexibility services will increase," Maria Taljegard, Researcher and Head of Unit, Department of Space, Earth and Environment, Energy Technology, at Chalmers University of Technology in Sweden, said.

“If charging can be allocated to hours with high solar output – then of course [solar] becomes even more attractive."

The roll-out of EVs in the US will depend on the level of incentives imposed at federal and state levels. California has the highest EV penetration and has introduced a Zero-Emission Vehicle Program that should further encourage EV take-up. President Biden's pledges on new EV sales and charging stations could help other states catch up.

EV driving and charging patterns are currently quite predictable and result in two charging peaks, at work in the morning and at home in the evening, Sunil Chhaya, Senior Technical Executive, Electric Transportation at the Electric Power Research Institute (EPRI), told Reuters Events.

EV users typically “drive to work, charge at work, drive to a third place, plug in for topping off the battery, drive home, charge overnight," he said.

Changing this behaviour will require active management and sufficient price incentives but there is a large scope for this. EVs are driven for on average two hours a day and parked for 22 hours, taking four to six hours to fully recharge if plugged in daily, according to EPRI figures. Smart charging could shift power demand to lower cost times during this 22-hour parking window.

EPRI is working with the power sector on ways to integrate rising numbers of EVs without significantly impacting costs or grid reliability and stability. Near-term risk factors include greater take-up of EVs in wealthier areas which could pressure local grid stability.

"As EV adoption increases, investments may be first made at the neighbourhood circuit and perhaps substation level, akin to how utilities built out the grid ahead of air-conditioning several decades ago," Bowermaster said.

The need for smart charging mechanisms will depend somewhat on regional power generation mixes and market price patterns.

EPRI has been working with power groups and vehicle suppliers on smart charging for a number of years. Pilot smart charging schemes with Exelon subsidiary Pepco in Maryland and Washington DC and Arizona utility Salt River Project (SRP) in Phoenix showed "the effectiveness of simple signals sent to customers with an easy out during periods of high demand," Bowermaster noted.

In Norway, where EVs accounted for 54% of vehicle sales in 2020, there is little incentive to charge at specific times, Taljegard said. Norway gets most of its power from dispatchable hydroelectric plants which results in "relatively stable electricity prices both within the day and between days and seasons," she said.

A growing number of solar developers are including battery storage in their projects and smart charging strategies for EVs will affect the economics.

As PV and wind capacity grows, the relative value of storage increases. Around 28% of US solar projects in grid interconnection queues at the end of 2019 included storage, the Lawrence Berkeley National Laboratory (Berkeley Lab) said in a recent report.

Measures that incentivise charging at times of high solar supply would weaken the business case for storage dispatch. Conversely, a rapid take up of EVs with no smart charging initiatives would lift demand during the evening and boost the potential revenue from storage. Faster deployment of EVs is also expected to reduce the cost of battery storage.

To add further complexity, measures that encourage vehicles to discharge back to the grid could also disrupt the supply-demand balance, Taljegard said.

In markets with high solar capacity, vehicle-to-grid (V2G) payments could incentivise drivers to charge during the day and discharge in the evenings. The UK is among a number of countries conducting V2G trials to overcome the challenges of this closer integration of transport and power.