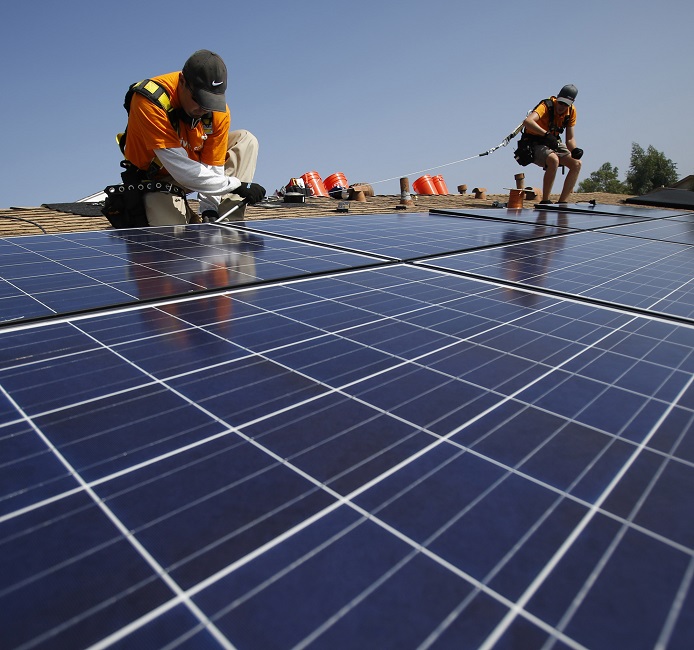 Biden wants to accelerate US solar and wind installations to decarbonise the power sector by 2035. (Image credit: REUTERS/Mario Anzuoni)

The Biden administration also aims to pass a new law requiring utilities to source more power from renewable energy sources to meet its target of decarbonising the US power sector by 2035.

The "American Jobs Plan," which must be approved by Congress, would also extend the production tax credit (PTC) scheme for wind projects. The tax credits will be lowered over time and "paired with strong labor standards to ensure the jobs created are good-quality jobs with a free and fair choice to join a union and bargain collectively," the White House said. Fossil fuel subsidies will be cut to help pay for the investments, according to tax plans set out by the U.S. Treasury April 7.

Years of underinvestment in US power grids are delaying solar and wind projects and the Biden government wants to use a new ITC to incentivise at least 20 GW of high-voltage transmission power lines, mobilising tens of billions in private capital "right away," the administration said.

"Creative financing tools" would be introduced to spur high-priority transmission lines and a new Grid Deployment Authority would be established within the Department of Energy (DOE) to fast-track build along roads and railways, it said.

US solar market penetration by state

The package sets out a total $100 billion of investment in US energy infrastructure. This includes measures to clean up oil and gas wells and abandoned mines, re-purpose disused industrial and energy sites and support demonstration renewable hydrogen projects.

The US is forecast to install over 20 GW of solar capacity this year and 5 GW of storage, IHS Markit said in its latest forecast published March 29.

Over 22 GW of PV capacity was installed in 2020, of which 77% was utility-scale, and a further 11 GW of projects are under construction, the research group said.

In December, Congress agreed a two-year extension to the solar investment tax credit (ITC) and President Biden aims to extend it for 10 years (see above). Solar costs are continuing to fall, demand for clean power is growing, and Biden plans to implement stricter targets for utilities.

The Midwestern and Southern regions will be responsible for 60% of PV installations this year as several states transition from coal-fired power to renewable energy sources, IHS Markit noted. States such as Illinois, Virginia, Pennsylvania, and Kentucky have large PV pipelines in 2021 through 2025.

"Moreover, continued corporate procurement for PV generation and aggressive net zero goals by large utilities across the country will ensure growth will be maintained for solar in the next five years," it said. 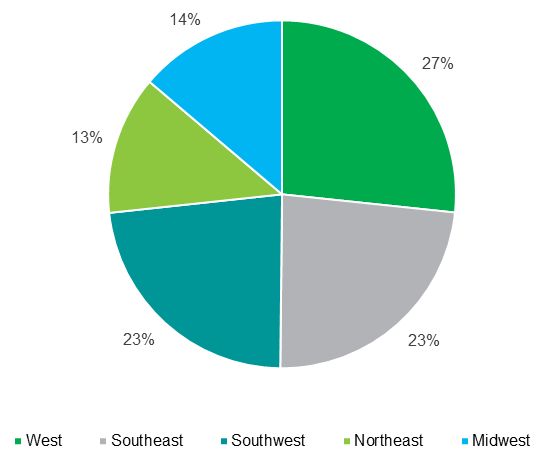 The US Department of Energy (DOE) has accelerated its cost reduction target for utility-scale solar by five years and aims to reach $20/MWh by 2030, the DOE said.

The DOE currently benchmarks solar costs at $46/MWh and now aims to achieve $30/MWh by 2025 and cut costs by another third by 2030. The new target forms part of the Biden administration's plan to decarbonise the power sector by 2035.

“In many parts of the country, solar is already cheaper than coal and other fossil fuels, and with more innovation we can cut the cost again by more than half within the decade,” Secretary of Energy Jennifer Granholm said.

To achieve its goals, the DOE unveiled $128 million of funding for PV and Concentrated Solar Power (CSP) research.

US solar costs fell by 9% last year as developers combine technology gains with economies of scale, Lazard consultancy said. The Energy Information Administration (EIA) predicts solar power will account for 80% of the growth in US renewable energy generation between 2024 and 2050.