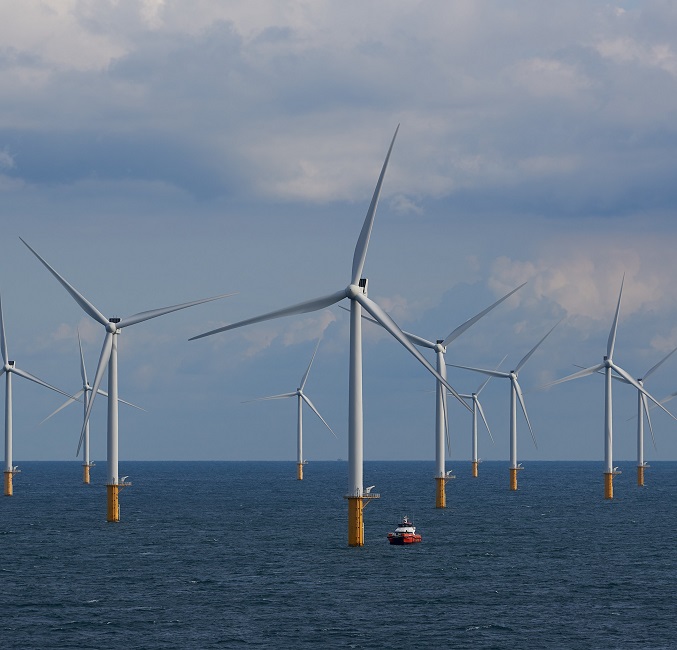 A new European Clean Energy Hydrogen Alliance will develop an investment agenda and a pipeline of projects, the EC, the executive branch of the European Union (EU), said.

Around 96% of Europe's hydrogen supply is produced from natural gas, generating up to 100 million tonnes of carbon emissions per year. Electrolysers avoid carbon emissions by using electricity to split water into hydrogen and oxygen.

The largest electrolyser installed in Europe to date has a capacity of 10 MW, but a growing number of energy companies are investing in large-scale projects.

Data from network operators and funding mechanisms shows there is already 2 to 3 GW of renewable hydrogen electrolysers in the pipeline, an EU official told Reuters Events.

"These projects have projected deadlines before 2025, and are in a stage of at least feasibility studies," the official said. The EC plans to incentivise both the supply and demand for renewable hydrogen and help bridge the gap between conventional and renewable solutions. Supportive early frameworks will allow "concrete plans for large wind and solar plants dedicated to GW-scale renewable hydrogen production before 2030," the EC said in its plan.

The EC sees the integration of energy systems as a key part of its decarbonisation strategy.

The latest call under Europe's Fuel Cells and Hydrogen Joint Undertaking closed in April and results will be made public by the end of August.

In September, the EC will launch its first call for projects under the 1 billion-euro Horizon 2020 Green Deal funding program.

“The call will include a specific request for 100 MW electrolysers,” an EU official said.

To achieve 6 GW by 2024, the EC wants to scale up the manufacturing of electrolysers and increase capacities. As a result, electrolyser costs could halve by 2030, it said.

Electrolyser technology is relatively mature and the largest cost reductions can be achieved by scaling up production, Ad van Wijk, Professor of Future Energy Systems at TU Delft, told Reuters Events in June.

Potential EU funding instruments for renewable hydrogen include the Strategic European Investment Window of the InvestEU programme and the ETS Innovation Fund.

According to the EC, carbon contracts for difference (CCfDs) could be used to secure a long-term carbon price for renewable and 'low-carbon' hydrogen (using carbon capture and storage (CCS)) until they become cost competitive.

Even with subsidies, the goal of achieving 6 GW by 2024 will be a challenging task, Vigen Nikogosian, Wholesale Markets Consultant at E-Bridge Consultancy, told Reuters Events.

Appropriate certification and subsidy schemes must be put in place and the wider hydrogen market is still in the early stages of development, Nikogosian said.

"The hydrogen ecosystem in Europe is likely to develop through a gradual trajectory, at different speeds across sectors and possibly across regions and requiring different policy solutions," the EC said in its hydrogen plan.

The EC expects the first wave of commercial scale electrolysers to be deployed near end consumers, such as refineries, steel plants and chemical complexes, or sites with strong hydrogen transport links. Sites currently using gas to produce hydrogen already have much of the infrastructure in place.

In January, the Port of Ostend and Belgian groups DEME and PMV agreed to develop the world's first commercial-scale hydrogen production facility powered by offshore wind farms. The project partners plan to build a 50 MW demonstration hydrogen electrolyser plant by 2022 and a large-scale commercial unit by 2025.

The NortH2 partners believe Groningen could act as a centre for green hydrogen production in Europe, boasting port access, established logistics and transport networks and nearby industrial customers. Clusters of industrial facilities in Eemshaven and nearby Delfzijl want to use green hydrogen to lower carbon emissions, Michiel Bal, spokesman for Gasunie, told Reuters Events in March. Gasunie and chemical company Nouryon will take the final investment decision this year on a planned 20 MW electrolyser in Delfzijl.

For wider distribution, transport infrastructure must be upgraded. The cost of adapting gas pipelines for hydrogen supply would be around four times lower than building stand-alone pipelines and the EU plans to revise the Trans-European Energy Networks Regulation (TEN-E) to accommodate hydrogen transport by the end of 2020.

Electrolysers will also be required in the coming years to supply increasing numbers of hydrogen refuelling stations for fuel cell buses and trucks, the EC said in its plan.

Under the plan, Orsted would supply power to the electrolyser from a new offshore wind farm proposed at Bornholm in the Baltic Sea, where Denmark plans to develop a new energy island.

Initially, the groups plan to build a 10 MW electrolyser by 2023, to supply renewable hydrogen fuel for buses and trucks. This would be followed by a 250 MW facility that would produce renewable hydrogen as well as renewable methanol for maritime and aviation fuel applications.

The proposed electrolyser could be scaled up to 1.3 GW by 2030, assuming 3 GW of offshore wind is installed at Bornholm, the project partners said. An expanded 1.3 GW facility could supply renewable hydrogen for buses and trucks as well as renewable methanol for vessels and aircraft.

The project will require new regulation that supports the use of sustainable transport fuels, the partners noted. The groups want the government to co-fund a feasibility study and could make an investment decision on the first stage in 2021.

Synthetic fuels derived from hydrogen, such as ammonia, methanol and kerosene, have higher energy density, but are not yet economical, Bergulf said.

The EU should focus on this area as it requires “solid R&D and potential subsidising of costs for first users or movers," he said.