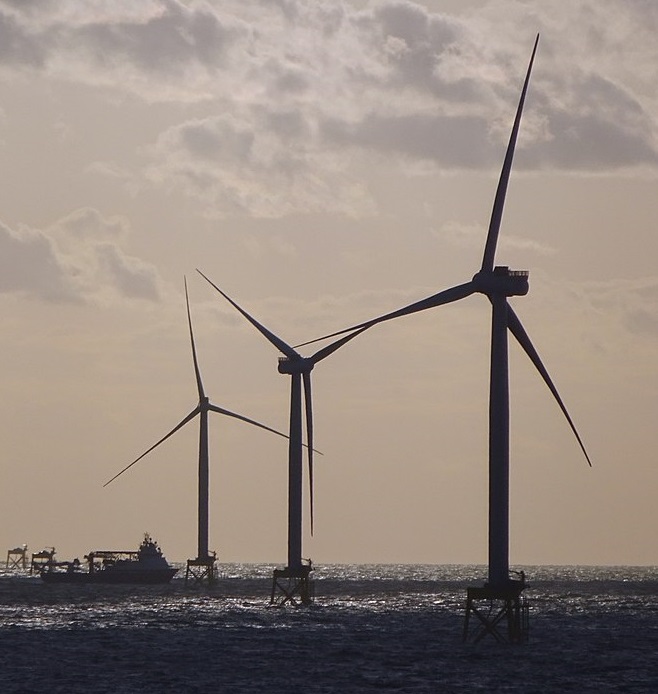 Earlier this month, UK energy regulator Ofgem announced it would develop a new offshore transmission system to minimize the cost of rapid growth in offshore wind power in the coming years.

The initiative is among nine priority measures set out by Ofgem to decarbonize the UK energy supply. The UK has committed to achieving net zero carbon emissions by 2050 and offshore wind will play a key role. UK offshore wind capacity is currently around 10 GW and the government plans to reach 40 GW by 2030. 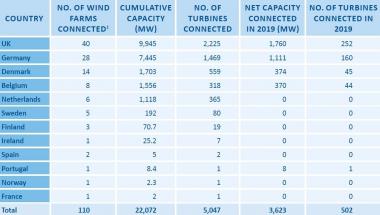 Working with UK government and industry, Ofgem will assess how a more "coordinated" offshore transmission system could reduce financial and environmental costs, the regulator said.

“A more meshed network may be appropriate in the future. We will be working with all parties to understand what is the best solution for the whole system,” an Ofgem spokesperson told New Energy Update.

From this spring, Ofgem will work with National Grid, the UK’s transmission system operator (TSO), to assess the options and analyse the costs and benefits.

"Making the TSO responsible for constructing and operating those meshed grids would encourage synergies in wind farm clusters, cost reductions and reduce construction and planning risks as the scope of the project is narrowed," Frias said.

"This could level the playing field for smaller developers, intensifying competition, as they could make use of plug-in grid connections," he said.

Promising regions for clusters include Dogger Bank and East Anglia off England's eastern coast and the Firth of Forth zone off the eastern coast of Scotland, Frias said.

The current UK framework of individual transmission links provides "little opportunity” to develop a “portfolio effect” on costs, Eddie O’Connor, Executive Chairman at Mainstream Renewable Power, told New Energy Update. Mainstream was part of consortiums that secured the Hornsey and Neart na Gaoithe site concessions before selling them on to other parties.

To minimize prices, the new framework should be based on a complete separation of transmission and generation assets, O’Connor said.

Separated tenders in Europe have already produced subsidy-free projects and the UK benefits from the most developed offshore wind industry.

Mainstream has already submitted plans for a meshed grid to the UK authorities, where multiple generators supply various grid points.

A coordinated offshore grid could support 34 GW of capacity at a cost of 24.2 billion pounds ($31.5 billion), equivalent to a transmission cost of 5.36 pounds/MWh, it said.

"A limitation in the number of cables and sharing the assets, strengthening design, installation and operation standards, could reduce those losses,” he said.

A more interlinked offshore grid would greatly reduce the need for energy storage in the coming years, O'Connor said.

UK utility ScottishPower is building a series of energy storage facilities to mitigate market risks from its growing offshore and onshore wind portfolio. ScottishPower is the first UK power utility to generate 100% of its electricity from wind energy and the company is currently building a 50 MW battery facility at its Whitelee wind farm in Scotland. The facility will provide services such as reactive power and frequency response, as well as wind peak shifting to supply higher demand periods.

There are some risks involved with separation of grid responsibility, he noted.

Developers would have less control over grid connection dates and some argue that a lack of competition for transmission development could inflate prices, he said.

Clear ownership boundaries between transmission and generation assets will be required to incentivize developers to implement new technologies, such as energy storage and hydrogen production facilities, Frias added.

Energy storage and hydrogen are seen as key future markets for renewable energy developers and co-development of technologies can provide significant savings compared with separate facilities.

“Ofgem could also release a guidance for 'co-located' assets as it does exist for onshore generation to launch these solutions,” he said.

Ofgem is also keen to develop offshore interconnections with other European countries, a step towards a North Sea super grid.

Interconnections to a sea grid would be far simpler and faster to develop than shore to shore interconnectors, O'Connor noted.

"We will consider how best to work with developers and network firms in order to identify regulatory barriers for future international meshed or hybrid projects," Ofgem said.

It is not yet clear whether a new UK offshore transmission framework could be implemented in time for leasing Round 5, the U.K.'s next major offshore round due around 2024.

Coordinating and aligning UK electricity authorities will be challenging. The UK Crown Estate tenders for UK offshore leases while Ofgem manages OFTO tenders. Ofgem is currently undertaking OFTO Tender round six and is considering what changes to implement for round seven, an Ofgem spokesperson told New Energy Update.

"There are different time horizons against which we are considering the development of the offshore transmission system," the spokesperson said.

"However, our focus on long term solutions will not stop us from doing what we can within the current arrangements to enable better coordination in the development of the system."