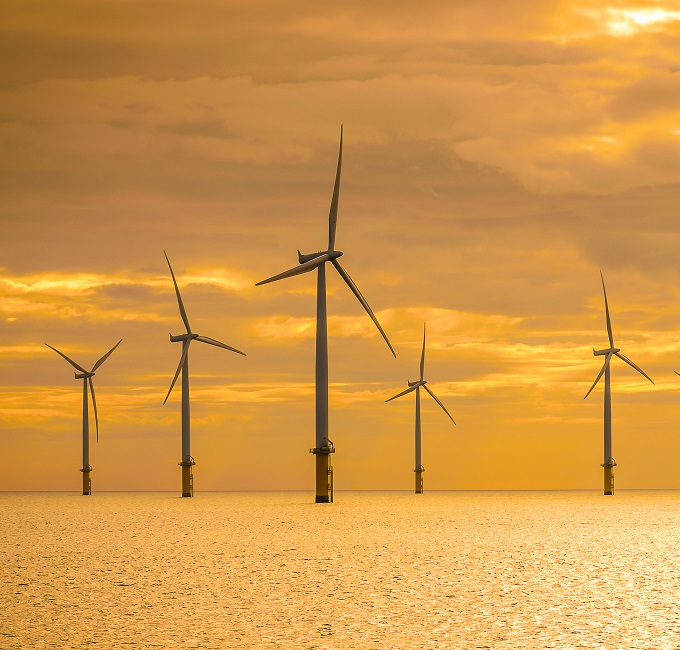 The U.S. is shifting from small-scale offshore wind projects to much larger facilities that drive down costs. (Image credit: kapook2981).

Sunrise Wind will be located 30 miles east of Montauk Point, Long Island, adjacent to Orsted and Eversource's South Fork and Revolution Wind projects. Orsted is currently developing 2.9 GW of U.S. East Coast offshore wind capacity and holds concessions for a further 5 GW of capacity, as well as 2 GW of potential capacity in Virginia.

Empire Wind will be located 15 miles south-east of Long Island and will be Equinor's first offshore wind project outside of Europe.

New York Governor Andrew Cuomo also signed a new law on July 18 which requires the state to source 70% of energy from renewable sources by 2030 and achieve a carbon-free power system by 2040. The law includes a target of 9 GW of offshore wind by 2035, along with 6 GW of solar power and 3 GW of energy storage. Since March 2018, New York has awarded 4.7 GW of large-scale renewable energy contracts.

The Sunrise and Empire offshore wind projects include commitments to invest in manufacturing and port infrastructure in New York, on top of commitments by Governor Cuomo's government.

"A total of $287 million will be invested in cutting-edge infrastructure in multiple regions of the state, including the Capital Region, Brooklyn, Staten Island and Long Island," NYSERDA said.

"These financial commitments will unlock private supply chain capital and maximize the long-term economic benefits to the state from the regional development of offshore wind,” it said. 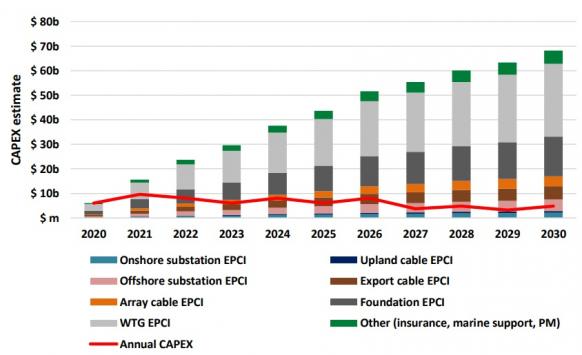 Equinor will invest over $60 million in port upgrades in New York and commit over $4.5 million to workforce development and community benefit schemes, the company said.

"Empire Wind is expected to have significant infrastructure and supply chain opportunities at the Port of Coeymans in the Capital Region and South Brooklyn," it noted.

Sweden's Vattenfall is to build its second unsubsidized offshore wind farm in the Netherlands after winning the 760 MW Hollandse Kust I and II project tender.

In March 2018, Vattenfall was awarded the 350 MW Hollandse Kust I and II project at a zero-subsidy price. A year earlier, Denmark’s Orsted and Germany’s ENBW had become the first offshore wind power developers to acquire concessions at unsubsidized prices, bidding prices of zero euros per MWh to win projects in German waters.

For the Hollandse Kust projects, the transmission cable will be installed by Dutch grid operator Tennet. Vattenfall will pay around 2 million euros ($2.3 million) per year in ground rent for the Hollandse Kust (zuid) III and IV site, the Dutch government said in a statement.

Netherlands offshore wind capacity is forecast to rise from 1 GW in 2019 to over 4.5 GW by 2023, representing 16% of national power generation.

Denmark's Orsted is currently building the Borssele I and II wind farms and the Blauwind consortium, consisting of Royal Dutch Shell, Eneco and Mitsubishi, is building Borssele III and IV. Vattenfall is preparing to start construction of Hollandse Kust I and II.

American Electric Power (AEP) has sought regulatory approval for the purchase of 1.5 GW of wind power projects Invenergy is building in Oklahoma, in a slimmed down version of AEP's failed Wind Catcher proposal.

The projects include a 999 MW project north of Weatherford and a 287 MW wind farm southwest of Enid, both due online in 2021, and a 199-MW facility south of Alva, due online in 2020. Under the proposal, AEP subsidiaries Southwestern Electric Power Co. (SWEPCO) and Public Service Co. of Oklahoma (PSO) would acquire 810 MW and 675 MW, respectively.

Last August, AEP cancelled its Wind Catcher project to build a 2 GW windfarm in Oklahoma and 350-mile transmission line in the U.S. Interior, after the Public Utility Commission of Texas (PUC) denied approval.

Wind Catcher involved the development of the U.S.'s largest wind farm in the Oklahoma Panhandle and construction of a transmission line to send the power to eastern Oklahoma. The project also proposed to serve customers in Texas, Louisiana and Arkansas.

The Texas PUC said the project did not provide enough benefits for ratepayers. Oklahoma authorities had already questioned the benefit to consumers and were yet to make a final decision. The project had gained approval from federal, Louisiana and Arkansas authorities.

AEP had required timely approvals from regulators in order to complete the project by end of 2020 and be eligible for 100% of the federal production tax credit (PTC), the company said last year.

The projects will require regulatory approval in Arkansas, Louisiana, Oklahoma and Texas, as well as from the Federal Energy Regulatory Commission (FERC).

Saudi Arabia awarded the project to the EDF-Masdar consortium in January at a price of $21.3/MWh. This price is paid through a 20-year power purchase agreement (PPA) with the Saudi Power Procurement Company, a subsidiary of Saudi Electricity Company (SEC).

Vestas is the contracted wind-turbine technology provider and engineering, procurement and construction (EPC) supplier. TSK will be responsible for the balance of plant (BOP), while CG Holdings will provide the substations and high-voltage solutions.