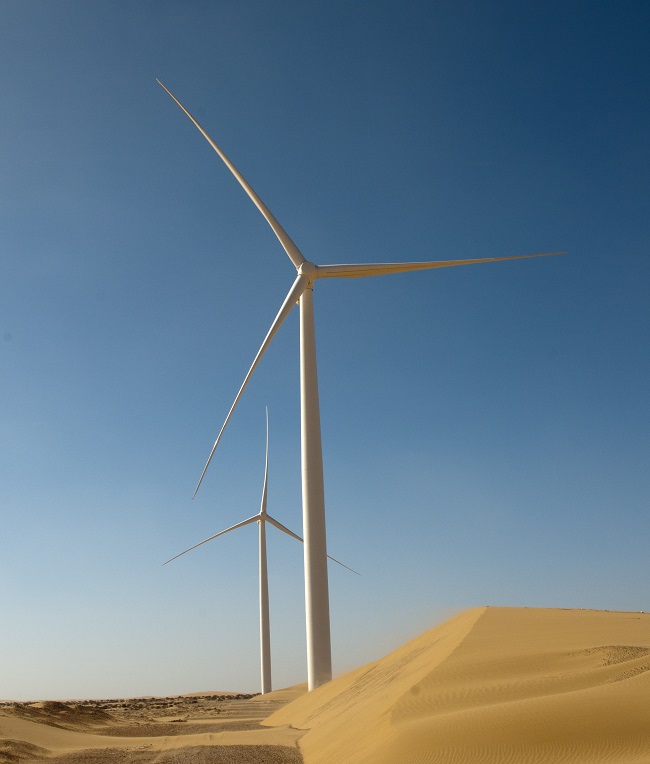 Saudi Arabia, Egypt and Morocco will be key growth markets for wind power in the coming years.

Wind power deployment in Middle East and Africa (MENA) is set to finally take off in 2018 as national authorities take advantage of falling wind costs to diversify their energy resources. Saudi Arabia is expected to award some 1.2 GW of wind capacity this year while Morocco and Egypt will also see strong growth.

Over the next 10 years, MENA wind growth will come in two phases as emerging market openings are followed by maturing market activity, Sohaib Malik, Middle East and Africa Analyst at MAKE Consulting, told the conference on April 24.

From 2018 to 2023, Egypt, Morocco and Saudi Arabia will spearhead strong growth and raise installed wind power capacity in MENA to over 11 GW, Malik said.

"We see Egypt, Morocco and Saudi Arabia all adding over 2 GW each during the first phase of market development," he said.

During a second phase running from 2024 to 2027, around 12 GW of wind capacity will be installed in MENA, Malik said.

"This phase is defined by a maturing wind market... Saudi Arabia, Egypt and Morocco will have become regional heavyweights...with a cumulative capacity of over 14 GW through the outlook period, which will be roughly 55% of the overall capacity that MENA will have installed by 2027," he said.

The second phase will see the emergence of markets like Oman, Malik noted. Oman is reportedly planning to build around 550 MW of wind power capacity by 2024.

Source: MAKE Consulting. This infographic has been edited to conform with MAKE's copyright policies.

Large areas of the MENA region benefit from healthy wind resources and falling wind costs have boosted demand. Technology improvements, increasing digitalization and operation and maintenance (O&M) efficiencies are all helping to lower the cost of wind power and improve the reliability of assets.

Morocco and Egypt have already signed power purchase agreements (PPAs) at $30/MWh and $38/MWh and MAKE estimates the cost Saudi Arabia's first 1.2 GW of projects will be below $30/MWh, around half the current average cost of energy in the kingdom, Malik said.

"Wind is cost competitive with most of the energy sources in the Middle East and North Africa today," he said.

Economic diversification is also supporting renewable energy growth in MENA. For example, Egypt, Jordan and Morocco are all looking to diversify their energy supplies and support the creation of jobs in the wind power industry.

Saudi Arabia is restructuring its power sector as part of its Vision 2030 plan to diversify its economy away from hydrocarbon resources. The kingdom aims to install 9.5 GW of renewable energy capacity by 2023.

In many MENA countries, growth will be supported by rising power consumption per capita from a growing middle class, Malik said.

"We have the examples of Egypt, Morocco and Jordan where the per capita consumption is only in the range of 1000 to 2000 [kWh/year] which is far, far less when you compare that with OECD countries or emerging economies," he said.

"These countries, with improvements in their economies, are going to demand more power," Malik said.

Effective site studies and design optimization at the start of the project are also key to maximizing the value and success of a wind project, particularly in emerging markets, he said.

Early-stage design optimizations should include electrical pre-design and detailed balance of plant engineering so that the design of the wind farm and surrounding infrastructure reduces construction and operations risks, he said.

"With these measures you drive 80% of a successful wind project," Karan said.

The developer used mesoscale weather modelling to build a detailed picture of the underlying wind resource. A years’ data unveiled some surprising characteristics about wind resources and turbine optimization.

ACWA Power estimated this increase in wind speed would raise annual energy production (AEP) by around 10% for sites towards the south-east, he said.

In addition, the company modelled the wake effects from wind farms on nearby plots and found that this reduced AEP by between 3 and 5% for south-eastern sites, Garcia said.

The results of these wind resource studies, along with predicted economies of scale from developing adjacent project and access to planned substations, prompted ACWA Power to choose two adjacent plots in the south-eastern corner of the designated land area, he said.

For example, Saudi Arabia plans to allocate 1.2 GW in 2018, but has provided little information on subsequent tenders.

"In Saudi, whoever you talk to-- any stakeholder in the wind industry-- their obvious question is what lies beyond 1.2 GW," Malik said.

To support localization, policy makers must provide clear signals that a pipeline of projects will be built in order to attract the required investments, Ranjan Moulik, Managing Director- Head of Power & Renewables, at Natixis investment bank, said.