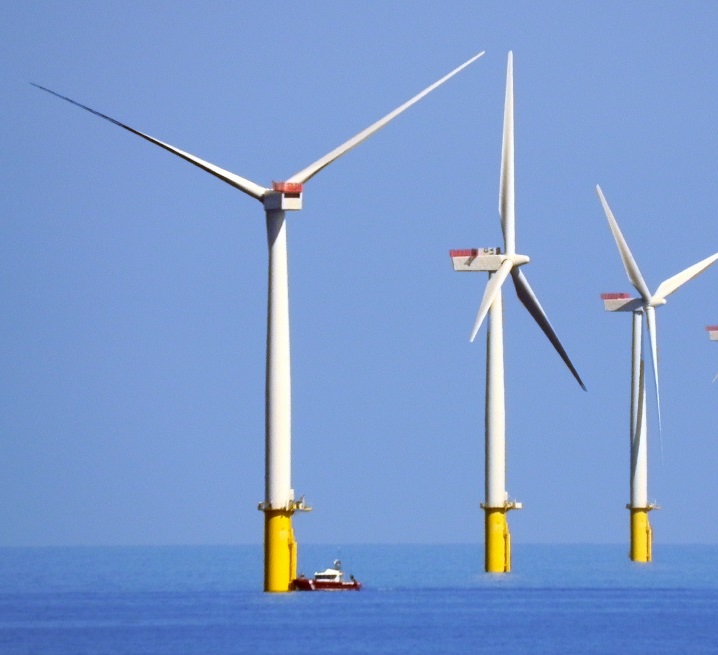 Dominion is the first developer to pick the world's largest offshore wind turbine. Siemens Gamesa is investigating building its first blade manufacturing facility for these turbines on the US East Coast, the company said.

"Decisions on sourcing and supply chain to serve the U.S. market are expected to be made within the next year," it said.

The new model will have a rotor diameter of 222 meters and blades of length 108 m. Output can be boosted to as much as 15 MW.

Previously, GE Renewable Energy's 12 MW offshore turbine was the largest on the market. Leading offshore developer Orsted will deploy the first of these turbines at the 120 MW Skipjack project in New Jersey by 2022.

Siemens Gamesa's latest model incorporates a lightweight design that limits the nacelle weight to 500 tons. This will allow "optimized tower and foundation substructures" that will help reduce the cost of materials and transport, the company said in May.

Dominion filed a proposal for its CVOW project to the PJM grid operator in September.

Dominion has selected Siemens Gamesa as preferred turbine supplier for the project. It is not yet clear what size turbines will be installed in the earlier phases.

The North Central projects include a 199-MW facility south of Alva due online in 2020, followed by a 999 MW project north of Weatherford and a 287 MW wind farm southwest of Enid, both due online in 2021.

On May 27, the Louisiana Public Service Commission authorized SWEPCO to procure 810 MW for customers in Louisiana, Arkansas and Texas. Arkansas authorities have also approved the project but the Public Utility Commission of Texas (PUC) is continuing to review it, AEP said in a statement. If Texas does not approve the project, Louisiana and Arkansas have agreed to increase their allocation, it said.

The Oklahoma Corporation Commission approved PSO to acquire 675 MW in February and the Federal Energy Regulatory Commission (FERC) has also approved the acquisition.

“Today’s decision by the Louisiana Public Service Commission enables us to move forward with the North Central wind projects at full scale and invest in low-cost wind energy to benefit our customers in Arkansas, Louisiana and Oklahoma,” Nicholas K. Akins, AEP chairman and CEO, said in a statement.

"We will continue to seek approval to provide a share of this renewable energy to our SWEPCO customers in Texas, as we believe the projects offer significant benefits to customers across our SWEPCO footprint,” Atkins said. 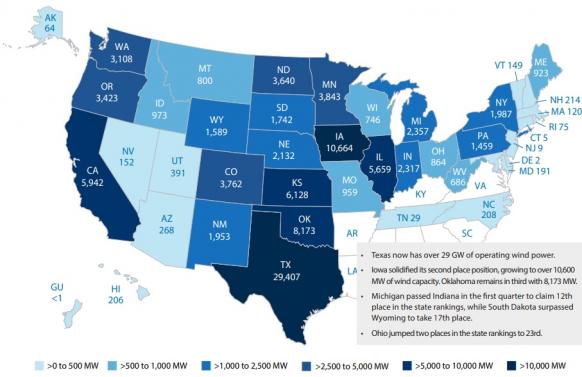 The acquisition is a slimmed down version of AEP's failed Wind Catcher project which involved 2 GW of new wind capacity in Oklahoma and a 350-mile transmission line in the U.S. Interior.

AEP cancelled Wind Catcher in August 2018 after the Texas PUC denied approval. The project involved the development of the U.S.'s largest wind farm in the Oklahoma Panhandle and construction of a transmission line to send the power to eastern Oklahoma. The project also proposed to serve customers in Texas, Louisiana and Arkansas.

The Texas PUC said Wind Catcher did not provide enough benefits for ratepayers. Oklahoma authorities had already questioned the benefit to consumers and were yet to make a final decision. The project had gained approval from federal, Louisiana and Arkansas authorities.

Denmark plans to build two offshore wind energy islands by 2030 for a total capacity of 4 GW as part of a new national climate plan published May 20.

Located on an artificial island in the North Sea and at Bornholm in the Baltic Sea, the energy islands will act as distribution hubs for new offshore wind farms.

Denmark aims to reduce carbon emissions by 70% by 2030 and become climate neutral by 2050. The country currently has 1.7 GW of installed offshore wind capacity and the energy islands would increase power exports to Sweden, Norway, the UK, the Netherlands, Germany and Poland, Denmark's energy ministry said. 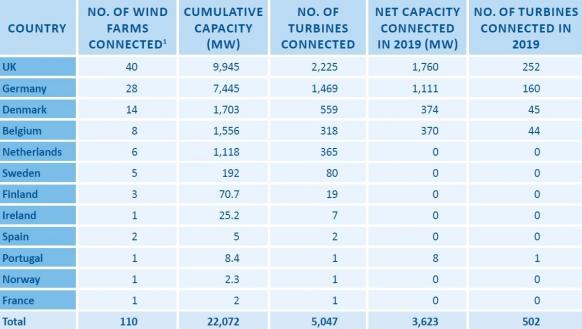 The capacity of the energy islands could be expanded to 10 GW, the ministry said.

“This is not just about Denmark. It is about connecting Europe’s energy systems in order to speed up the green transition," Dan Jorgensen, Denmark's Minister for Climate, Energy and Utilities, said.

Under the plan, Orsted would supply power to the electrolyser from a new offshore wind farm proposed at Bornholm in the Baltic Sea, where Denmark plans to develop a new energy island.

Denmark plans to build two offshore wind energy islands by 2030 for a total capacity of 4 GW. The country aims to reduce carbon emissions by 70% by 2030 and become climate neutral by 2050.

The proposed electrolyser could be scaled up to 1.3 GW by 2030, assuming 3 GW of offshore wind is installed at Bornholm, the project partners said.

Initially, the groups plan to build a 10 MW electrolyser by 2023, to supply renewable hydrogen fuel for buses and trucks.

This would be followed by a 250 MW facility that would produce renewable hydrogen as well as renewable methanol for maritime and aviation fuel applications.

An expanded 1.3 GW facility could supply renewable hydrogen for buses and trucks as well as renewable methanol for vessels and aircraft.

The project will require new regulation that supports the use of sustainable transport fuels, the partners noted.

The groups want the government to co-fund a feasibility study and an investment decision on the first stage could be taken in 2021, they said.