US solar capacity to quadruple by 2030; Texas Lieutenant Governor calls for reversal of storm charges 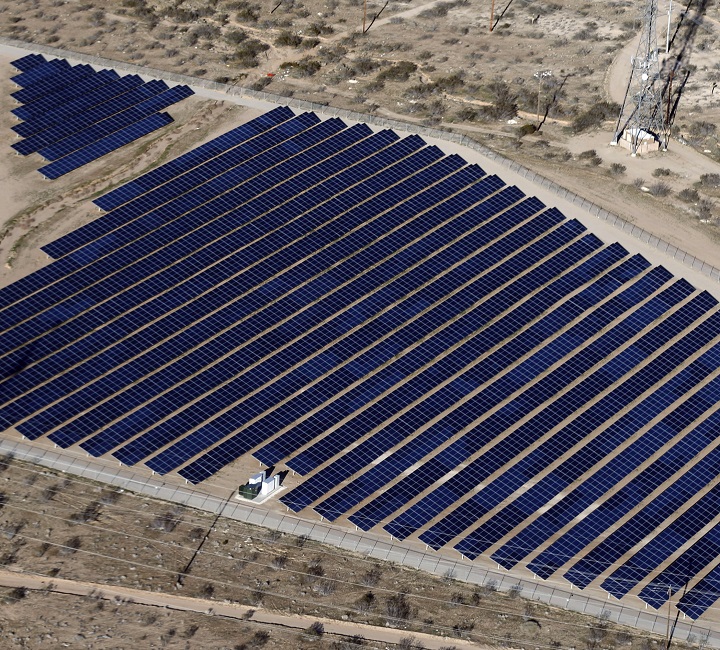 US solar capacity is forecast to quadruple to 419 GW by 2030 as the recent two-year extension of the investment tax credit (ITC) boosts project economics and demand for renewable energy grows, the Solar Energy Industry Association (SEIA) and Wood Mackenzie said in their latest quarterly market report.

The US has 95 GW of PV capacity and is predicted to install 324 GW in the next 10 years, SEIA and Wood Mackenzie said in their first long-term outlook.

“Compelling economics for distributed and utility-scale solar along with decarbonisation commitments from numerous stakeholders will result in a landmark installation rate of over 50 GW by the end of the decade,” Michelle Davis, senior analyst at Wood Mackenzie, said.

The ITC extension - agreed by Congress in December - prompted the analysts to hike their deployment forecast for 2021-2025 by 17%, SEIA said. Despite COVID-19 restrictions, US solar installations hiked by 43% in 2020 to hit a record 19.2 GW. Developers installed a record 6.3 GW of utility-scale capacity in the fourth quarter as they chased ITC deadlines before Congress agreed the extension.

President Biden's pledge to decarbonise the power sector by 2035 requires a massive buildout of solar and wind capacity. Biden has pledged to spend $2 trillion on clean energy in his first four-year term but the pace of growth will depend on legislative reform, including measures to accelerate grid expansions.

The Texas state Senate approved a bill March 15 that would cut around $5.1 billion in disputed electricity fees set by grid operator Electric Reliability Commission of Texas (ERCOT) as severe winter weather cut supplies. However, the bill has faced opposition in the House of Representatives and Patrick called on Governor Abbott to order the Texas Public Utility Commission and ERCOT to take action.

The power authorities have been under mounting pressure to reduce the giant power market charges imposed by ERCOT as the winter storm froze wind, gas, coal and nuclear generation. Over 4 million Texans were left without power and dozens of people died.

Coordinated blackouts were implemented across the ERCOT power grid and customers were urged to limit power usage to prevent system-wide outages. ERCOT raised power prices to $9,000/MWh - around 400 times the average level - to encourage power generators to stay online. After the event, ERCOT was criticised for maintaining high prices for 32 hours longer than necessary. However, the Texas Public Utility Commission ruled the grid operator did not have to compensate market participants for the error.

Texas is a deregulated power market and is more used to supply shortages in the summer, when hot weather hikes air-conditioning demand. Texas is also the fastest-growing solar market in the US and will reach 10 GW of capacity by the end of 2021.

After the storm passed, ERCOT directors and chairs of the Texas Public Utility Commission resigned, Governor Abbott pledged to overhaul the grid operator, and generators and suppliers were left reeling from the financial impact. ERCOT then fired its CEO Bill Magness after the fallout of the pricing error became clearer.

Texas utility NRG Energy projected a $750 million loss from the storm and the prospect of retroactive price intervention, and withdrew its earnings outlook for the year.

By March 16, wind farm operator RWE had recorded 400 million euros ($475.6 million) in losses from the weather event, the German company said in financial results. As a result, RWE's annual operating profit (EBITDA) is expected to fall by as much as 17% in 2021 to between 2.65 billion and 3.05 billion euros, it said.

Power generators, transmission and distribution utilities, electric cooperatives, municipality-owned utilities, ERCOT, the Railroad Commission and government representatives all failed to take the necessary steps over the last 10 years that could have averted the issues, Walker said.

The planned $700-million project would be developed by NextEra Energy Resources and operational by the end of 2023.

After decades of wind power growth, the US Midwest is seeing a surge in solar installations as developers use technology gains and economies of scale to drive down costs. The new solar plant at Duane Arnold would rapidly expand Iowa's installed solar capacity. By the end of 2020, Iowa had only 288 MW of installed solar capacity and was forecast to install a further 342 MW over the next five years, according to data from the Solar Energy Industry Association (SEIA).

In comparison, Iowa has 11 GW of installed wind capacity and wind farms generated 58% of the state's power in 2020, according to data from the U.S. Energy Information Administration (EIA). Coal-fired plants generated 24% and gas-fired units supplied 12%, while the Duane Arnold plant supplied 5%.

Norway's Scatec to install 12 GW of renewables by 2025

Scatec has 3.3 GW of renewable capacity and aims to reach 15 GW by 2025. The company will invest 15 to 20 billion crowns of its own equity in the new projects.

"In line with our broadened strategy, we are developing renewable energy solutions and combining solar, wind, hydropower and storage to the benefit of our growing customer base of state utilities and large energy consumers,” Raymond Carlsen, CEO of Scatec, said.

The SN Power deal would widen the group's technology base and open up new project opportunities such as floating solar plants at hydroelectric facilities, the company said in October.

"With this transaction we see great potential in broader project origination and geographical expansion into growth markets in South East Asia and Sub-Sahara Africa," Carlsen said.