NextEra to build up to 30 GW renewables by 2024; EC agrees 2.9 billion-euro state aid for batteries 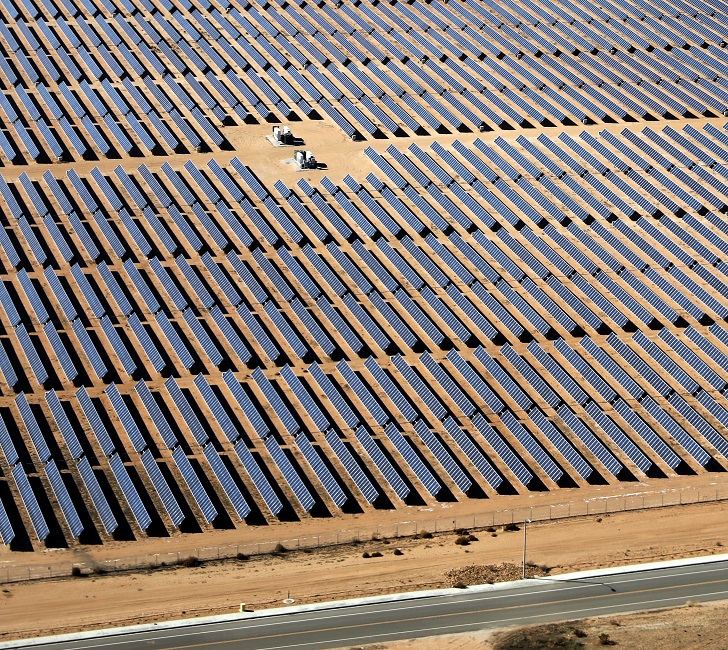 Solar, wind and storage plants will account for over three quarters of new US power generation this year. (Image credit: Lucy Nicholson/REUTERS)

NextEra Energy Resources plans to install up to 30 GW of new renewable capacity by 2024, the US company said in quarterly results on January 26.

NextEra, the world's largest renewable energy generator, installed 5.8 GW of new wind, solar and storage capacity in 2020, more than double the capacity it completed in 2019, it said. The group also added 7 GW of projects to its development pipeline.

"We now believe we will construct approximately 23 to 30 GW of new renewables in the 2021 to 2024 timeframe, which, if we are successful, at the midpoint would mean adding a portfolio of generation projects that is approximately one-and-a-half times the size of [our] entire operating renewables portfolio as of year-end 2019," the company said.

US renewable energy deployment is surging as developers rush to secure declining tax credits and capitalise on years of cost reductions. US annual utility-scale solar installations are forecast to rise by almost 30% this year to 15.4 GW, the Energy Information Administration (EIA) said in a note published January 11. Some 4.3 GW of utility-scale battery capacity is expected online, quadrupling storage capacity, EIA said. Solar, wind and battery projects will represent 81% of new installations, it said.

NextEra is also leading the charge in hybrid solar, wind and storage plants. In December, NextEra and Portland General Electric (PGE) started commercial operations at the 300 MW Wheatridge wind farm in eastern Oregon, the first phase of their joint 380 MW wind-solar-storage project. A week later, NextEra brought online the 250 MW wind section of its 700 MW Skeleton Creek wind-solar-storage plant in Oklahoma. NextEra's other projects include six co-located battery storage facilities in California for a total capacity of 700 MW, expected online by the end of 2022, and the 409 MW Manatee storage facility in Florida, due online this year.

US module supplier First Solar has agreed to sell a 10 GW pipeline of US solar projects to Leeward Renewable Energy Development, a subsidiary of Canadian pension group OMERS, the companies said January 25.

The portfolio includes the Rabbitbrush and Madison projects in California, Oak Trail in North Carolina, Horizon in Texas, and Ridgely in Tennessee, which are all expected to start construction in the next two years. The acquisition includes purchase orders for 888 GW of First Solar modules for these projects, 240 MW of modules that have been safe harboured under investment tax credit (ITC) rules and Leeward will acquire an additional 650 MW of First Solar modules for other development opportunities, the companies said.

The sale would allow First Solar to focus on "scaling, developing, and selling our world-class module technology,” Mark Widmar, the group's CEO, said. First Solar will retain 1.1 GW of solar projects that will be sold separately.

In September 2019, First Solar announced it would close its engineering procurement construction (EPC) business and concentrate on its core businesses of module manufacturing and solar plant development. In August, the company sold its North American operations and maintenance (O&M) business to NovaSource, the new O&M subsidiary of Toronto-based private equity firm Clairvest Group.

The European Commission (EC) has approved 2.9 billion euros ($3.5 billion) of EU state aid for 42 battery storage companies including Tesla and BMW in a bid to accelerate innovation and cut Europe's reliance on imports from China and elsewhere.

The "European Battery Innovation" project will focus on the "next generation" of batteries and cover the entire value chain, from the extraction of raw materials to the design and manufacturing of battery cells and recycling, the EC said January 26.

The project is expected to unlock an additional 12 billion euros in private investment and involve collaborations with 150 universities, research groups and small medium enterprises (SMEs), the EC said. The initiative builds on a 3.2 billion-euro EU support package for battery production that was agreed by the EC in December 2019.

The innovation project is expected to "contribute to the development of a whole set of new technological breakthroughs, including different cell chemistries and novel production processes," it said.

“By establishing a complete, decarbonised and digital battery value chain in Europe, we can give our industry a competitive edge, create much needed jobs and reduce our unwanted dependencies on third countries," Thiery Breton, EC Commissioner for Internal Markets, said.

Capacity was allocated to 25 different power developers, according to documents published by Spain's energy transition ministry on January 26.

Ignis, an independent power developer, secured the lowest price of 14.89 euros/MWh for a 30 MW project. In total, Ignis was allocated four projects for a capacity of 125 MW and its prices on the other three projects ranged between 18.73 euros/MWh and 23.49 euros/MWh.

Large power groups such as Iberdrola, Engie and EDP Renewables all secured significant capacity in the auction. All the projects must be online by 2023.

Spain commissioned 2.8 GW of solar in 2020 and is forecast to install around 15 GW of solar capacity in 2021-2024, representing Europe's second-largest market after Germany, according to baseline predictions by industry group SolarPower Europe. Wind developers secured 1 GW of capacity in Spain's latest auction at an average price of 25.31 euros/MWh, the ministry said.