US solar installs jump 43% in 2020 despite COVID; Europe installations rise 11% 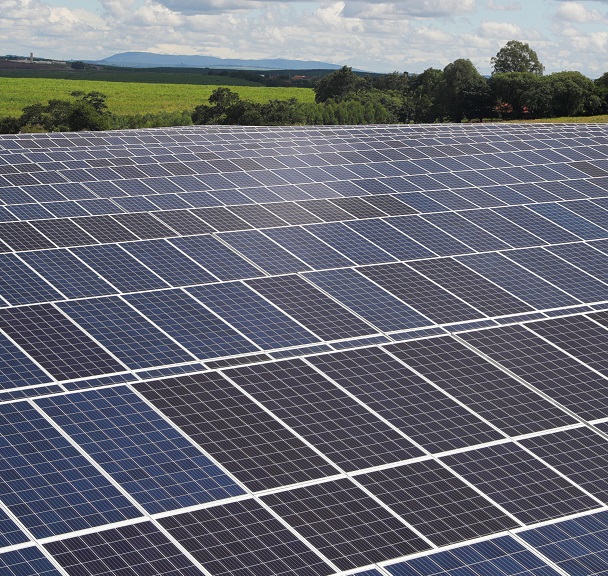 The US is now expected to install 19 GW of solar power in 2020, an annual growth of 43%, after activity strengthened in the third quarter, the Solar Energy Industry Association (SEIA) and Wood Mackenzie said in their latest joint quarterly market report. In September, the groups predicted 18 GW of new solar capacity this year.

"As quarterly volumes demonstrate more resilience to pandemic impacts than originally anticipated – with a faster-than-expected recovery for distributed solar – our outlook for the year has increased since last quarter," SEIA said December 15.

The market analysts also hiked their solar installation forecast for 2021-2025 by 10 GW to 107 GW following an increase in utility-scale development activity. The election of Joe Biden as US President has raised growth expectations for renewables but the exact impact will depend on legislative reforms. Biden has pledged to spend $2 trillion on clean energy and sustainable infrastructure in his first four-year term and achieve net zero carbon emissions in the power sector by 2035.

Many developers remain concerned over a lack of tax equity financing, SEIA warned.

"While this does create downside risk, it is more likely that impacted projects will see delays instead of cancellations," it noted.

Developers also continue to report bottlenecks in the supply of engineering, procurement and construction (EPC) services, the industry group said.

"With so many developers looking for construction firms to complete projects before 2024, EPCs have reported being more selective about what projects they choose and favoring larger firms," it said.

Europe is set to install 18.7 GW in 2020, up by 11% year-on-year as developers mitigated the impact of COVID restrictions to produce the strongest growth since 2011, industry group SolarPower Europe said December 15.

"Our market projections indicate continued strong growth, with solar demand set to cross the 35 GW level in 2024," it said. European heads of state have agreed to cut emissions in the European Union (EU) by 55% by 2030 compared with 1990 levels.

To achieve the 55% cut in emissions, the EC plans to increase the renewable energy target for 2030 from 32% of power generation to 38%-40%, it said in September.

The commission will publish more detailed legislative proposals by June 2021. The EC has already pledged to reform the EU Emissions Trading System (ETS), which could significantly benefit renewable energy developers.

Based on current National Energy and Climate Plans (NECPs) filed by EU member states, renewable energy could reach 34% of power generation by 2030, the EC said.

In October, European MPs voted in favour of a larger cut in emissions of 60% by 2030 and requiring all member states to become climate neutral by 2050.

By May 2023, the EC must propose an EU-level plan on how to reach carbon neutrality by 2050, the bill agreed by Members of the European Parliament [MEPs] said.

"We expect all member states to achieve climate neutrality by 2050 at the latest and we need strong interim targets in 2030 and 2040 for the EU to achieve this," Jytte Guteland, Swedish MEP and proponent of the bill, said.

The UK has set a target to reduce emissions by 68% by 2030 compared with 1990 levels, "the fastest rate of any major economy," the government announced December 3.

The UK has already committed to achieving net zero carbon emissions by 2050 and the new target comes ahead of the Climate Ambition Summit on December 12 and its hosting of the UN COP26 climate summit in Glasgow next November.

Five of the UK's largest energy companies have called on the government to set a more specific target of net zero carbon emissions from the power sector by 2035, the Financial Times (FT) reported last month.

Oil and gas groups Shell and BP, power utility Scottish & Southern Energy (SSE), power generator Drax and transmission group National Grid want the UK to match the pledge by US President-elect Joe Biden to decarbonise the power sector by 2035, made during his election campaign.

The UK is already the world leader in power sector decarbonisation and its previous actions against climate change have encouraged "similar international actions," the energy companies reportedly said in a joint letter to the UK government. On November 18, the government published its "Ten Point Plan for a Green Industrial Revolution," highlighting offshore wind, nuclear power and carbon capture as priority growth areas in the power sector. The UK is already the world's leading offshore wind market with over 10 GW of installed capacity and the government aims to hit 40 GW by 2030.

From next year, solar and onshore wind will also be eligible to participate in bi-annual UK renewable energy auctions, ending a five-year moratorium on price support. The auctions allocate 15-year contract for differences (CFDs) at agreed strike prices. Last month, the government doubled the capacity to be allocated in the auction to 12 GW.

China's solar capacity has increased fivefold since 2015 and could double in the next five years, Wang Bohua, vice-chairman of the China Photovoltaic Industry Association (CPIA), said.

Chinese solar installations hit a record high of 53 GW in 2017. Growth then slowed after China reeled in subsidy spend, but construction is expected to hit new highs in the coming years.

China is expected to install on average 70 GW of solar power per year in the next five years, according to CPIA.

Seven of the world's largest green hydrogen developers have agreed to install 25 GW of capacity by 2026 under an accelerated deployment initiative.

"Recent analysis suggests a $2/kg price represents a potential tipping point that will make green hydrogen and its derivative fuels the energy source of choice across multiple sectors - including steel and fertilizer production, power generation, and long-range shipping," the UNFCCC said in a statement December 8.

Some $110 billion of investment will be required to achieve the target, it said.

Green hydrogen projects use renewable energy and electrolysis to produce carbon-free hydrogen. The catapult partners will work together to accelerate technology development, manufacturing and installation of green hydrogen projects and unlock new sources of investment. The partners want other groups to join the project and build momentum ahead of the next UN COP26 climate summit scheduled for November 2021.

A new European Clean Energy Hydrogen Alliance will develop an investment agenda and a pipeline of projects, the EC, the executive and legislative branch of the European Union (EU), said.

ACWA Power has been a key driver of lower solar costs, developing large projects with economies of scale in the Middle East and North Africa (MENA).

"We believe the collective ingenuity and entrepreneurship of the private sector can deliver green hydrogen at less than $2 per kilogram within four years," Paddy Padmanathan, CEO of ACWA Power, said.

“From an industry perspective, we see no technical barriers to achieving this, so it’s time to get on with the virtuous cycle of cost reduction through scale-up,” he said.