First Solar to exit EPC market; US bifacial installs to hike four-fold in 2020 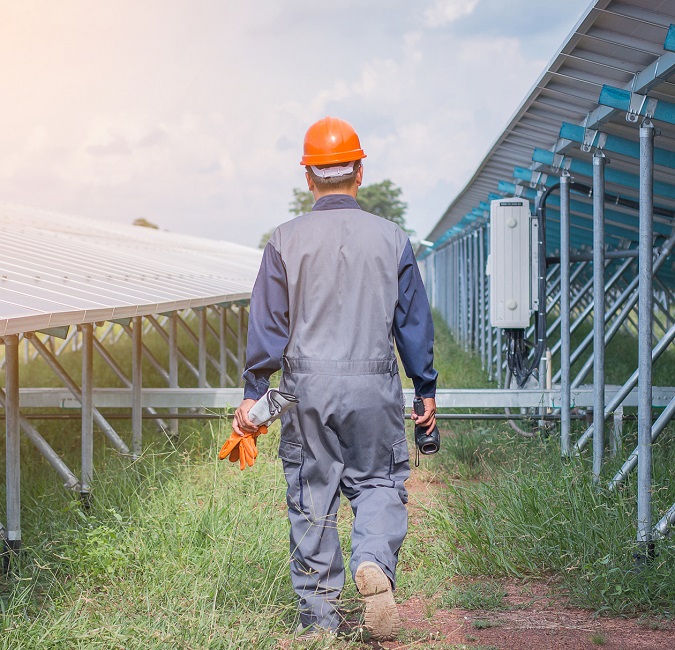 First Solar to close EPC arm in US manufacturing push

First Solar is to close its engineering procurement construction (EPC) business and concentrate on its core businesses of module manufacturing and solar plant development, the company announced September 19.

First Solar is currently building a second manufacturing facility for its latest Series 6 module at a total cost of $1 billion. Due to start production in early 2020, the new facility in Perrysburg, Ohio, will raise First Solar's Series 6 manufacturing capacity to 5.4 GW per year.

"This [EPC] transition, which mirrors the technology shift to the large-format Series 6 module, marks the natural evolution of our long-term growth strategy," Mark Widmar, CEO of First Solar, said in a statement.

Under a third-party EPC model, First Solar will "leverage a much broader external ecosystem of knowledge and expertise," Widmar said.

"Going forward, we will rely on [EPC] providers who have expertise in the local markets or have the footprint to effectively deliver projects nation-wide. The model allows Cypress to focus on the core business of developing, financing and operating solar and storage," she said.

Global bifacial solar installations are set to double in 2019 to 5.4 GW and could surpass 21 GW by 2024, Wood Mackenzie said.

By 2024, bifacial panels are forecast to represent 17% of the global solar market, Wood Mackenzie said in its report.

In some cases, the difference in production cost of bifacial mono PERC and monofacial mono PERC modules is just "half a cent [per W]," Xiaojing Sun, Senior Research Analyst at Wood Mackenzie and author of the new report, said.

"Many advanced commercial solar cells are inherently bifacial, which means that the electricity generation from the back side comes with little additional cost at the cell manufacturing level, and a marginal increase on the module assembly level, to allow the back side of the panel to access sunlight," Sun said.

Further testing and early deployment learnings will be required to minimize the financing cost for bifacial solar projects.

At this early stage, field data is limited and new industry standards and certifications should lure more investors into the bifacial market.

Google signs up 720 MW US solar in latest green surge

Google has signed 1.6 GW of new renewable energy deals, including 720 MW of solar contracts in the U.S. which will double the tech giant's global solar capacity.

"Up to now, most of our renewable energy purchases in the U.S. have been wind-driven, but the declining cost of solar...has made harnessing the sun increasingly cost-effective," Google said in a note on its website.

U.S. corporate demand for solar power is forecast to storm past wind power demand in 2021 and rise to ten times the demand for wind by 2024, according to a new report by Wood Mackenzie Power and Renewables for the American Wind Energy Association (AWEA). 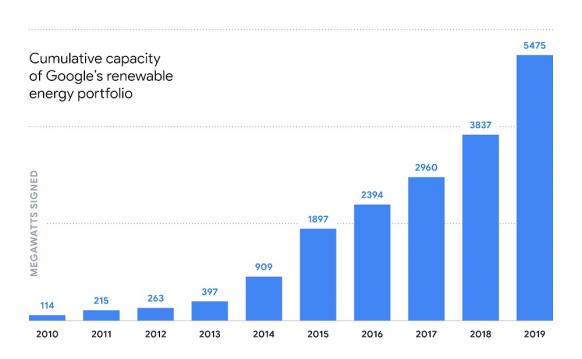