Iberdrola buys US utility PNM in growth push; EDF snaps up 4.5 GW of US solar projects 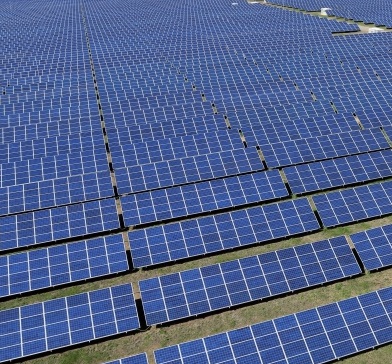 Spain's Iberdrola is to acquire US utility PNM Resources through its US subsidiary Avangrid, expanding its regulated asset base and becoming the third-largest renewable energy company in the US, Iberdrola announced October 21.

PNM is the power utility for New Mexico and Texas and owns 2.8 GW of generation capacity. The group sources around half of its power from zero carbon sources.

The transaction must be approved by shareholders and state and federal regulators and is expected to be completed in 2021.

Iberdrola plans to spend 10 billion euros ($11.8 billion) in 2020 and is rapidly expanding its renewable energy capacity.

The PNM buyout is Iberdrola's eighth corporate acquisition since the start of the COVID-19 pandemic. Previous acquisitions were in France, Scotland, Sweden, Australia, Japan and Brazil. By the end of September, the group had spent 6.6 billion euros, a rise of 23% on a year ago. Net profit in January-September climbed by 4.7% to 2.7 billion euros.

EDF Renewables North America has acquired 4.5 GW of solar projects from developer Geenex in order to accelerate its growth in the PJM wholesale electricity market area, the company announced October 16.

The PJM wholesale network spans numerous states in Eastern U.S. The project portfolio includes over 20 solar projects at various stages of development that are scheduled to come online from 2023 onwards, EDF said.

Controlled by the French state, EDF aims to double its global renewable energy capacity to 50 GW by 2030.

Geenex holds the largest solar development pipeline in the PJM area and had sold over 1.9 GW of projects prior to the EDF purchase.

Geenex has completed over 300 MW of projects and has a further 340 MW under construction, according to the company's website. Projects under development include the giant 577 MW Fox Squirrel project in Madison County, Ohio.

US solar costs drop 9% in a year: Lazard

The levelised cost of new US solar plants fell by 9% over the last year and are now between $31/MWh and $42/MWh, depending on local factors, Lazard consultancy said in its latest annual levelised cost of energy (LCOE) report.

In contrast, the cost of US onshore wind fell by just 2%, compared with 4% in the previous year, highlighting the slowdown in cost reductions following years of declines, Lazard said. Wind power costs are now estimated at between $26/MWh and $54/MWh.

Including subsidies, the average cost of new build solar is now around $31/MWh, compared with $26/MWh for wind projects.

The US remains on track to install a record 18 GW of solar power capacity in 2020 due to strong activity in utility-scale projects, the Solar Energy Industry Association (SEIA) and Wood Mackenzie said in their latest joint quarterly market report. “As the costs of utility-scale wind and solar continue to decline and compete with the marginal cost of conventional energy generation, the focus remains on tackling the challenge of intermittency,” George Bilicic, Vice Chairman and Global Head of Lazard’s Power, Energy & Infrastructure Group, said.

The Australian government has awarded "major project status" for a giant 26 GW solar and wind project in Western Australia to produce green hydrogen and green ammonia.

The major project status recognises the national economic significance of the project and enables the government to fast-track project approvals.

Earlier this month, AREH received environmental approval from the Western Australian government for a first stage comprising 10 GW of wind capacity and 5 GW of solar.

The project partners plan to make a final investment decision by 2025.

The combined company will have 3.3 GW of solar, wind, energy storage and hydroelectric capacity in operation or under construction. By end of 2021, Scatec aims to reach 4.5 GW.