The decarbonisation of Los Angeles' power supply by 2035 requires faster buildout of PV plus storage while new transmission corridors would lift the outlook for stand-alone PV, a new study shows. 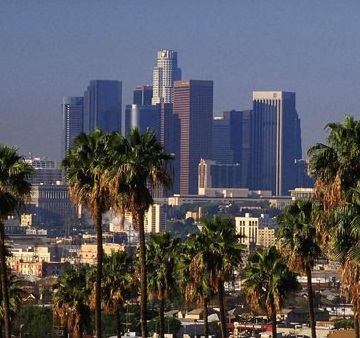 A study of Los Angeles shows how power supply can be decarbonised by 2035 in line with President Biden's pledge. (Image credit: Ryan Mendias)

A new report shows that Los Angeles can achieve zero carbon power generation by 2035 by rapidly expanding solar and wind capacity and retaining some nuclear power. By 2045, Los Angeles could achieve 100% renewable energy and exit nuclear under various scenarios, the report by the National Renewable Energy Laboratory (NREL) and the Los Angeles Department of Water and Power (LADWP) showed.

The findings could help President Joe Biden meet his pledge to decarbonise the entire US power sector by 2035 and cut total US emissions by 50% by 2030 on the way to net zero by 2050. Biden plans to extend tax credits for solar, wind and storage, implement a tax credit for new transmission lines, and require utilities to source more renewable energy.

Serving 4 million people, LADWP is the largest municipal utility in the US and has a generation capacity of 7.8 GW. Solar and wind could meet 69%-97% of Los Angeles’ power demand, depending on the scenario, the study said. 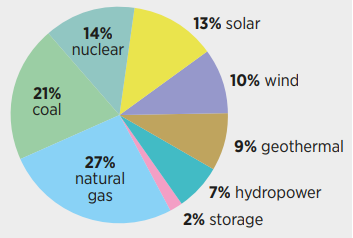 “We saw significant growth in large-scale solar and wind no matter which scenario we use,” Jaquelin Cochran, co-author of the report and Group Manager, Grid Systems Group at NREL’s Strategic Energy Analysis Center, told Reuters Events. “In conjunction with storage, they are able to meet most of the demand at least cost.”

Solar and wind costs have plummeted as developers use technology gains and economies of scale to maximise efficiency.

To decarbonise by 2035, a larger deployment of PV with storage is required, it said.

The Los Angeles study modelled four main generation scenarios: an SB100 forecast based on current California legislation, an Early and No Biofuels strategy to reach 100% clean energy by 2035, a Transmission Focus in which new transmission corridors are built and a Limited New Transmission scenario that limits grid upgrades to current projects.

The Early and No Biofuels scenario to fully decarbonise by 2035 assumes no natural gas generation or biofuels, continued operation of the Diabolo Canyon nuclear plant, the introduction of green hydrogen-fueled combustion turbines, and upgrades to power grids but no new transmission corridors. This scenario would require a faster deployment of PV with storage in the coming years.

As PV and wind capacity grows, the relative value of storage increases. Solar and battery costs are continuing to fall and many developers are coupling solar projects with batteries to access higher revenues going forward.

Around 28% of US solar projects in grid interconnection queues at the end of 2019 included storage, the Lawrence Berkeley National Laboratory (Berkeley Lab) said in a recent report. Around 67% of solar projects in California's CAISO market featured energy storage, Berkeley Lab said. Across the non-ISO West region, storage featured on 50% of projects, while in ERCOT, SPP, MISO, PJM and NYISO, the level was 13%, 22%, 17%, 17% and 5%, respectively, it said.

Last year, 8minute Solar Energy signed a record offtake price with LADWP for its huge 400 MW Eland solar project that includes 300 MW/1,200 MWh of battery storage. According to press reports, the project will supply solar power to LADWP at just under $20/MWh and storage at $13/MWh - well below current wholesale prices - for a period of 25 years.

The buildout of new transmission corridors would allow far more stand-alone PV plants, and the exit of nuclear, the study showed. Across the US, underinvestment in power transmission is delaying solar and wind projects. Key issues include a lack of interstate transmission build and costly grid connection procedures.

"Thousands of megawatts of shovel-ready clean capacity need to come online in the next several years, but some transmission owners and the California Public Utilities Commission (CPUC) have been slow to advance interconnections and approve transmission upgrades.”

Solar capacity in US interconnection queues

The CPUC needs to work with grid owners to reduce interconnection bottlenecks and start to plan longer term procurement and transmission in a more integrated way, Osborn Mills said.

Biden's $2 trillion infrastructure package, unveiled last month, includes a new investment tax credit (ITC) to incentivise at least 20 GW of US high-voltage transmission power lines, mobilising tens of billions in private capital "right away." The US would need to spend around $700 billion on 200,000 miles of transmission lines to achieve 100% power generation from renewable energy, Wood Mackenzie said in a report in 2019.

"Creative financing tools" will be introduced to spur high-priority transmission lines and a new Grid Deployment Authority would be established within the Department of Energy (DOE) to fast-track build along roads and railways, the Biden administration said.

“Transmission, siting, permitting, and so on will all be needed to scale up investments quickly,” Cochran said, noting NREL’s study did not directly address these issues.

The modelling used in the Los Angeles study could be rolled out to other municipalities and cities to ensure the US meets its decarbonisation goals.

The state of California sources 18% of its power from solar, including 12% from utility-scale, while wind supplied 7% and geothermal and biomass supplied around 10%, based on 2019 data from the Energy Information Administration (EIA). California's hydroelectric capacity varies depending on weather conditions and represented a fifth of state power generation in 2019.

In many US regions, "readily available” renewable energy sources including wind, solar, storage, geothermal and energy efficiency could fulfil 80 to 90% of power generation, NREL’s study said. Local authorities can immediately trigger growth in these areas through procurement, permitting, siting and workforce training programs, it said.

Other regions may be able to achieve higher levels of solar, wind and storage while others may also require some nuclear capacity, fossil fuel plants with carbon capture and storage, biofuels, or other storable sources such as green hydrogen, NREL said.

"The final pathway to 100% will vary and depend on interconnectivity, local options, and objectives (for example [grid] resiliency, jobs, low rates), among other differences," it said.