White House seeks law for 80% clean power by 2030; US to halve total emissions 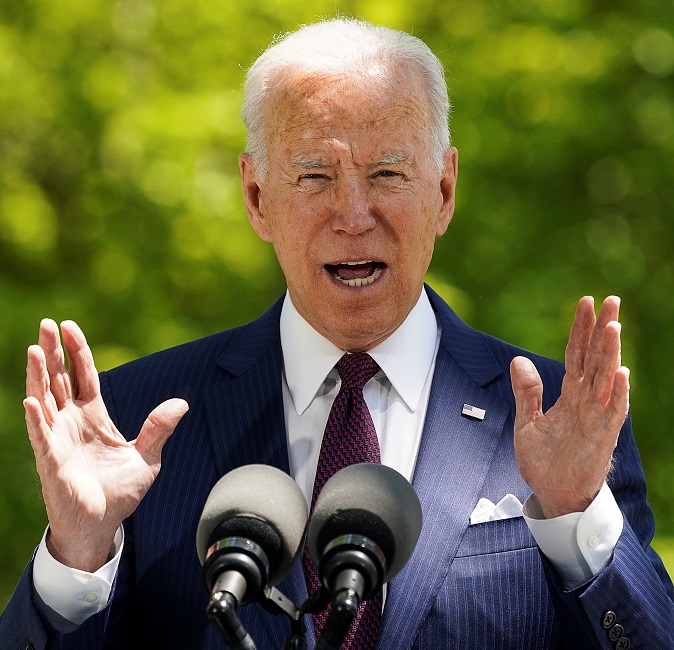 President Joe Biden has pledged to fully decarbonise the power sector by 2035 - a far harder goal - and a growing number of utilities and unions are calling for a national clean energy mandate. A law based on a closer deadline of 2030 could be passed without Republican support through budget reconciliation, a process allowed for 10-year timelines.

"Our goal is to enact this into law," deputy White House climate adviser Ali Zaidi told Reuters. "There are multiple pathways to get meaningful progress in the power sector. We think this is a really powerful one in terms of giving utilities a clear and clean planning horizon."

A power sector mandate would bolster Biden's formal pledge to cut US-wide emissions by 50%-52% by 2030, unveiled at a global climate summit on April 22.

The US commitment, based on 2005 levels, was swiftly followed by stricter targets from Japan, Canada and Brazil.

The US will likely exceed its 50%-52% pledge, climate envoy John Kerry told reporters. By 2020, the US had cut emissions by 10% and sliced power sector emissions by 27%.

"I'm generally optimistic because so much is beginning to happen," Kerry said.

The infrastructure plan, which must be approved by Congress, also includes $174 billion of investment in electric vehicles to improve the competitiveness of US suppliers. Consumers would be given sale rebates and tax incentives to buy US-made electric vehicles and grants and other incentive programs would be used to install 500,000 electric vehicle charging stations by 2030.

China did not increase its carbon reduction targets at the summit and President Xi Jinping reiterated his country's pledged to reach peak emissions by 2030 and net zero by 2060. China's coal consumption will continue to rise until 2025, when it will start to be reduced, Xi said.

Global emissions are forecast to bounce back by 5% this year to reach close to 2019 levels, the International Energy Agency (IEA) said April 20. Demand for fossil fuels will rise and more than 80% of the global growth in coal demand will come from Asia, led by China, it said.

The US will also double public climate financing for developing countries by 2024, the White House said April 22. Financing for climate adaptation would increase threefold and the Biden administration will work with Congress to pass the required legislation, it said.

The UK will commit to cutting carbon emissions by 78% by 2035, far faster than previously planned and one of the most ambitious targets set by any country, the government announced April 20.

The UK is the world leader in power sector decarbonisation and the 78% pledge will for the first time require cuts in international aviation and shipping. The commitments, which will become law by June, follow the recommendations made by the Climate Change Committee (CCC), an independent group that advises the government. The UK will host the United Nations COP26 climate summit in Glasgow in November.

By 2019, the UK had cut emissions across economy and industry by 44% and sliced power sector emissions by two thirds. The UK is the leading global offshore wind market and aims to quadruple capacity to 40 GW by 2030.

The UK currently has 14 GW of PV capacity and 14 GW of onshore wind. This year, developers will be eligible to compete in contract for difference (CFD) auctions for the first time since 2015. The CFDs provide developers a 15-year government-backed revenue guarantee at an agreed strike price. President Biden has pledged to fully-decarbonise the US power sector by 2035 and five of the UK's largest energy companies have called on Johnson to make a similar pledge.

The UK's previous actions against climate change have encouraged "similar international actions," the energy groups reportedly said in a joint letter to the UK government.

The "weatherization" of Texas power plant assets is economically reasonable based on the cost of the winter storm in February and the bulk of spending must be directed at gas-fired generation, the Federal Reserve Bank of Dallas said April 15.

Texas is the fastest-growing solar market in the US and is forecast to reach 10 GW of capacity by the end of 2021. A further 5 GW will be installed in 2022, the US Energy Information Administration (EIA) said April 21.

Freezing rain and snow in February cut the supply of wind, gas, coal and nuclear power and left over 4 million Texans without power.

The total cost of the power outages to the Texas economy is currently estimated at around $80 billion–$130 billion, while the value of lost power is estimated at $4.3 billion, analysis by the Dallas Fed showed.

"Accounting for the once-a-decade frequency of subzero temperatures in Texas, winterizing measures and other actions should be equal to or less than $430 million annually," it said.

The Fed's analysis comes as Texas lawmakers debate new laws that would require power generators to protect their assets from extreme weather and force wind and solar operators to pay for backup power.

Texas is a deregulated power market and is more used to supply shortages in the summer, when hot weather hikes air-conditioning demand. Solar developers are building large-scale plants to drive down costs but they face volatile power prices and rising insurance costs due to more frequent extreme weather, mainly in the summer.

Texas has over 33 GW of wind capacity. For wind operators, retrofits of internal warming equipment would be economically unfeasible, but upgraded blade coatings, cold weather lubricants and de-icing drones would mitigate ice formation at far lower cost, the Fed said in its report.

Most of the protection measures would need to be focused on gas-fired power generation, it said.

As temperatures plummeted, wind resources dropped and turbine blades iced up, putting greater pressure on gas-fired generation. Many gas plants were unable to procure gas supplies as gas installations froze and power was cut to processing plants and compressor stations that move the gas along major pipelines.

A number of oil and gas companies already implement winter protection measures and standards for new oil and gas wells may offer a "targeted and effective approach in the long run," the Fed said.

"With winterizing equipment costing between $20,000 and $50,000 per well, we estimate these measures statewide would total $85 million–$200 million annually," it said.

The cost of winterising Texas' gas power plants is estimated at $95 million, based on recommendations by the Federal Energy Regulatory Commission (FERC) and North American Electric Reliability Corp (NERC) following a winter freeze in 2011, the Fed said.

Germany will tender for 6 GW of solar capacity in 2022, three times more than previously planned, following an agreement between coalition government partners.

The new tenders aim to increase the share of renewable energy to 65% of power generation by 2030. Renewables currently represent around 50% of generation.

Germany installed 4.8 GW of solar power in 2020 and is forecast to lead growth in Europe in the coming years. Germany will also tender for 4 GW of onshore wind in 2022, up from 2.9 GW in previous plans, and continue with regular offshore wind tenders.