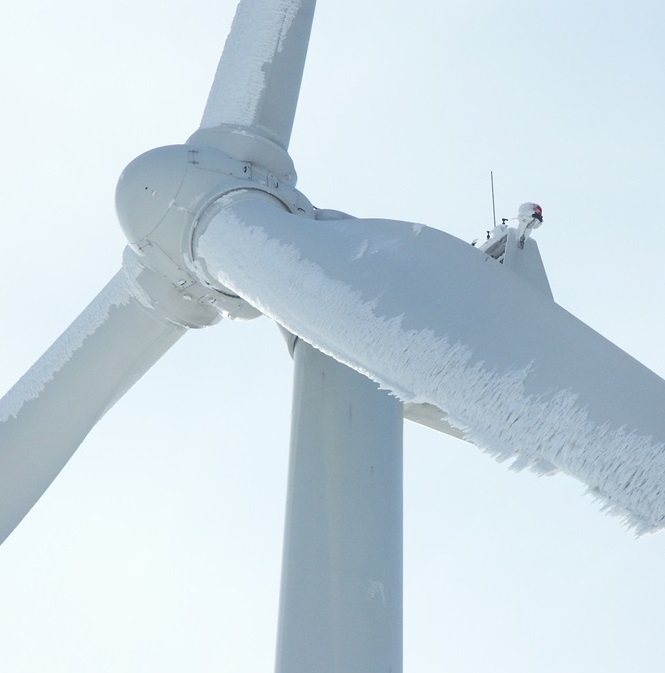 The winter storm in Texas in February sliced the profits of many wind farm operators and new rules could soon require generators to protect their assets.

Freezing rain and snow cut the supply of wind, gas, coal and nuclear power and left over 4 million Texans without power. On March 25, Texas raised the official death toll of the storm to 111 people.

As supplies froze, the Electric Reliability Commission of Texas (ERCOT) implemented coordinated blackouts and raised power prices to $9,000/MWh - around 400 times the average level - to encourage generators to stay online. The high prices punished suppliers short of power and led to a swathe of bankruptcies, including Texas' largest power cooperative, Brazos.

On March 29, the Texas Senate approved a new bill requiring power generators to protect their assets from extreme weather. The proposed "weatherisation" requirements would be independently defined and regulated and the bill requires agreement from the Texas House and Governor Greg Abbott.

By mapping out access to logistics and a supply chain of spares, operators can prevent severe business interruption, McLachlan said.

“A turbine failure can take months to resolve, particularly if parts need to be replaced,” he said.

Wind and solar capacity will rise rapidly in the coming years and play an increasing role in grid security.

Wind generators did not suffer equally during last month's storm. Texas has 33 GW of installed wind capacity and 4.5 GW of wind power remained online, compared with a forecast of 1.8 GW under ERCOT’s worst case scenario.

Wind farm operator RWE recorded 400 million euros ($469.6 million) in losses after icing and grid issues cut turbine output, the German company said in financial results March 26. As a result, RWE's annual operating profit (EBITDA) is expected to fall by as much as 17% in 2021 to between 2.65 billion and 3.05 billion euros, it said.

Power output from wind, other sources in selected states in 2020

Algonquin Power & Utilities Corp warned of an expected impact on adjusted core earnings of $45 million to $55 million after the cold weather stopped production at its wind facilities. Innergex estimated a negative impact of around $80 million after its wind farms were halted.

The storm pushed standard turbine designs to the limit. Insurance supplier GCube has received advice on three wind power claims from the storm and expects more to come following turbine inspections, McLachlan said. On top of revenue losses, turbine icing can cause long-term damage to assets and frequent icing can cause components to wear out more quickly.

Standard wind turbines are designed to operate in a temperature range of 45C down to -20C and all suppliers offer more enhanced systems adapted for harsh environments, Sebastien Goupil-Dumont, Associate Director Asset Optimization at EDF Renewables (EDFR), noted. EDFR operates 33 projects in the US and Canada.

The low-temperature package offered by Vestas, for example, allows turbines to operate down to -30C and as low as -40C in pause mode. Enhanced turbines have sensors, software and plant controls that allow the turbine to operate for longer during extreme cold, Goupil-Dumont said.

The turbines can adapt blade angles and rotational speed, reducing loads and enabling the turbine to continue at a reduced power, he said.

"The threshold % that determine if or when a turbine needs to reduce its power or stop completely varies greatly between different turbine models,” he noted.

Some packages offer thinner oils in the gearbox and hydraulic systems and blades can also be enhanced with anti-icing or de-icing systems designed to prevent ice formation. The two most common methods of blade protection are electric coils inside the blade surface or the circulation of hot air. Water repellent materials can also be used on the blade to prevent the build-up of ice, McLachlan said.

Thus far, the cost of these measures has deterred operators from installing them in regions considered lower risk.

In 2015-2020, the average global losses on wind and solar projects due to extreme weather was 300% higher than before 2015, GCube noted in a recent report. GCube estimates around 10% of its extreme weather claims for wind turbines are the result of hail or ice, accounting for over $34m in losses since 2010.

The probability of icing events is becoming more difficult to predict, in colder and milder areas, Goupil-Dumont said.

Ice prone regions may see less ice events one season, followed by a high number the next year, he noted.

"It’s the wider range of probability that is becoming important to measure and calculate properly before choosing the correct turbine model."