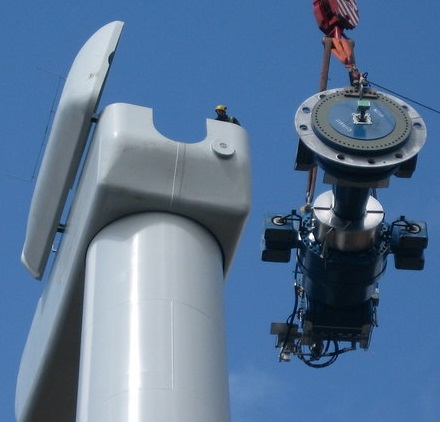 Gearboxes remain a key source of asset failure and many fail to reach their expected 20-year lifetime, despite meeting industry standards.

Axial or "white-etch" cracking (WEC) of gearbox bearings is the most common cause of damage, industry data shows. The cracks can lead to the splintering or complete splitting of bearing inner rings in less than a quarter of their 20-year design life.

While it is observed in many industries, axial cracking seems particularly prevalent in wind turbine gearboxes and can lead to high maintenance costs. For an onshore turbine, the cost of replacing the bearing in situ might be around $30,000 while the cost to replace the gearbox might be around $300,000, not including lost revenue. For offshore turbines, the cost is higher.

Some operators have been trialing mitigation measures for axial cracking, but the full causes and the impact on different bearing types are not fully understood. In an important step, NREL and Argonne have used laboratory tests to analyse the different causes of axial cracking and developed a new probability model to pinpoint the failure risks.

"The model could be used by an operator to determine which turbines, and which bearings in that particular gearbox...have the highest probability of failure," Jonathan Keller, Senior Engineer at NREL and principal investigator of the Drivetrain Reliability Collaborative, told Reuters Events.

The model could lead to significant savings in downtime and maintenance costs, Keller said.

In the research, NREL and Argonne reproduced axial cracking in the lab, modelled it and compared it with actual turbine results.

The problem appears to occur most frequently on the intermediate and high-speed bearings in three stage gearboxes, Keller said.

However, the failure can also occur in the lower-speed bearings in the gearbox "and even in some main bearings, relevant for both geared drivetrains and direct drives," he said.

"Higher stress - load and friction - at the contact between the rolling element and bearing raceway can accelerate the [cracking]," Greco said.

"The white-etching cracks also seem to be more prevalent in bearings that have more impurities, of certain types, in the steel [and] controlling these impurities in the manufacturing of larger components can be more challenging," he said.

To confirm their findings, the researchers adapted monitoring equipment to gather data from a 1.5 MW turbine. The teams combined the data with operational data and failure records from a US wind farm to develop a probability of failure model.

In ongoing work, the researchers are attempting to quantify the importance of loads and contact stresses, roller slip, lubricant additives, the presence of electrical current, heat treatments, and coatings.

"If we can make progress in [this] then we can develop and implement mitigation solutions that would decrease the frequency of axial cracking," Keller said. The model is based on the first few years of operational turbine data and the researchers are now comparing their predictions with data from commercial wind power turbines of capacity 1 to 3 MW. This includes 10 years of operational data and failure statistics from a wind farm of 100 turbines.

"The model accuracy has not been cross-evaluated as there are not enough failure records during the period covering its projections," Keller notes.

To truly assess its accuracy, the researchers will need to complete a "hindcast" analysis of another wind farm, as might be performed to test weather forecasting accuracy, he said.

Wind gearbox suppliers are continuing to innovate to keep pace with turbine advancements. Higher capacity turbines are putting increasing pressure on gearboxes and other major components and increasing the importance of turbine downtimes.

According to Vaes, gearboxes are more reliable than in the past. Innovations in bearings have included new arrangements that provide more stable loading of the bearings and avoid underloading, and the black oxidisation of bearing rollers and raceways to increase robustness.

Current focus areas for gearbox developers include raising the torque density of the gearbox and reducing the size and weight of components, Vaes said.

This requires innovative bearing solutions such as new steel and heat treatments which can also allow higher loads and reduce the risk of premature failure and white etch cracking, he said.

Argonne and NREL are expanding their research to include tapered as well as cylindrical roller bearings and improving the damage metrics through further modelling and additional data inputs, Keller said.

The researchers are now seeking additional commercial wind datasets to further assess the accuracy of the model.

Their findings would have considerable commercial value. The researchers hope to compare the probabilities of failure between "entirely different" wind plants, Keller said.