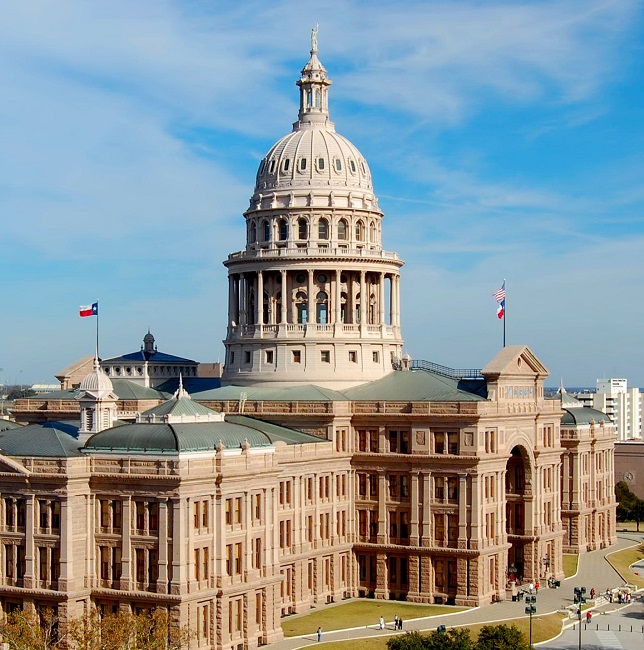 Texas is looking to reverse excess power fees imposed in the February storm that have driven some operators to bankruptcy. (Image credit: Lone Star Mike)

The Texas state Senate approved a bill March 15 that would cut around $5.1 billion in disputed electricity fees imposed by the grid operator on power market operators during last month's winter storm.

The bill, which must be approved by the Texas House of Representatives and Governor Greg Abbott, directs the Texas Public Utility Commission and grid operator Electric Reliability Commission of Texas (ERCOT) to correct 32 hours of emergency prices and service fees.

The power authorities have been under mounting pressure to reduce the giant power market charges imposed by ERCOT as severe winter weather cut supplies. Over 4 million Texans were left without power and dozens of people died after the rare cold snap fell upon the South.

Power suppliers and weather-hit generators were left reeling from the costs. On March 15, power supplier Griddy Energy became the third power company to file for Chapter 11 bankruptcy since the storm.

As the storm set in, extreme low temperatures and ice cut wind, gas, coal and nuclear generation. By February 15, some 34 GW of power generation was offline in Texas- around 40% of expected capacity. Texas is a deregulated power market and is more used to supply shortages in the summer, when hot weather hikes air-conditioning demand.

Amid freezing temperatures, coordinated blackouts were implemented across the ERCOT power grid and customers were urged to limit power usage to prevent system-wide outages. ERCOT raised power prices to $9,000/MWh to encourage power generators to stay online. After the event, ERCOT was criticised for maintaining prices at high levels for too long a period. The Texas Public Utility Commission ruled the grid operator did not have to compensate market participants for the error.

After the storm passed, ERCOT directors and the chair of the Texas Public Utility Commission resigned, Texas Governor Greg Abbott pledged to overhaul the grid operator, and generators and suppliers were left reeling from the financial impact. The grid operator then fired its CEO Bill Magness after the fallout of the pricing error became clearer.

Brazos, Texas' largest power cooperative, filed for Chapter 11 bankruptcy relief on March 1 after receiving a $2.1 billion bill for power purchased during the storm.

Brazos would continue to deliver "affordable and reliable electric service" to its member cooperatives, it said. A week later, Just Energy became the second supplier to file for bankruptcy.

Power generators, transmission and distribution utilities, electric cooperatives, municipality-owned utilities, ERCOT, the Railroad Commission and government representatives all failed to take the necessary steps over the last 10 years that could have averted the issues, Walker said.

The BOEM will decide whether to approve the 800 MW project following a 30-day public consultation period, it said.

The completion of the Final EIS is a major milestone for Vineyard Wind and follows a three-year review process. Located 15 miles from Massachusetts, the project is a joint venture of Iberdrola subsidiary Avangrid and Copenhagen Infrastructure Partners (CIP).

Vineyard Wind welcomed the DOI's announcement and maintained its objective of financial close in the second half of 2021 and first delivery of power by 2023.

US offshore wind development activity is soaring and the BOEM is facing a growing backlog of offshore wind proposals. The bureau is currently assessing the Construction and Operations Plans (COPs) for the South Fork project and is processing 11 other COPs in the pre-review phase. In January, President Biden issued an Executive Order to the DOI to identify steps to fast-track renewable energy development on public territory.

Reviews of the first projects are taking longer than planned, more leases are on the way, and offshore partners want more resources directed at the process.

The factory will be built at Teesworks, the UK's largest industrial site and a newly-designated low-tax zone, and will be operated by GE's blade subsidiary LM Windpower. Due online by 2023, the plant will supply blades to the 3.6 GW Dogger Bank project being developed by SSE Renewables, Equinor and Eni in the UK North Sea.

"This new plant will contribute to the development of an industrial cluster dedicated to offshore wind in the North East of England," Jerome Pecresse, President and CEO of GE Renewable Energy, said. The two industrial sites will support the development of up to 9 GW of offshore wind projects per year, hosting up to seven manufacturers and creating 6,000 jobs, the government said.

The UK is the world's leading offshore wind market and aims to quadruple installed capacity to 40 GW by 2030.