Vineyard Wind switches to GE turbines; UK to cut emissions by 68% by 2030 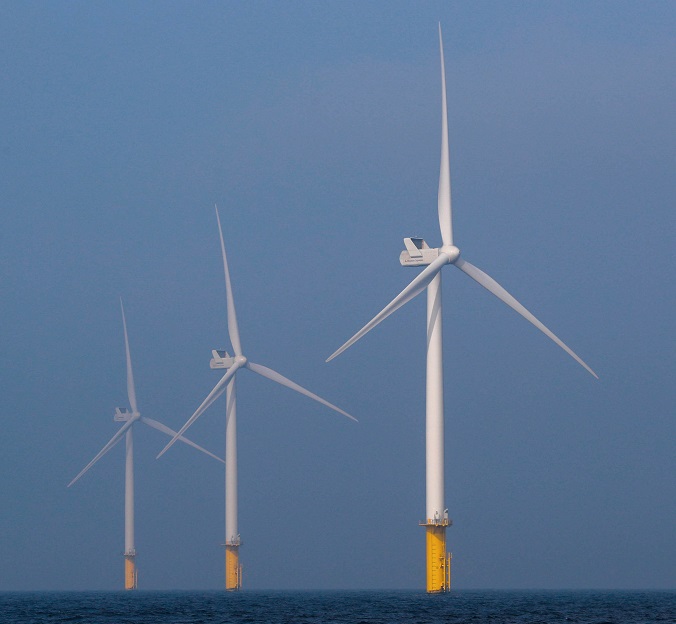 Vineyard Wind is the first large offshore wind project in the US and its progress through permitting is being closely watched. (Image credit: Yves Herman/REUTERS)

The owners of the Vineyard Wind US offshore wind project have switched to GE Renewable Energy as preferred turbine supplier and temporarily withdrawn the project from the federal permitting process to update the construction proposal.

The US' first major offshore wind project, Vineyard Wind is a joint venture of Iberdrola subsidiary Avangrid and Copenhagen Infrastructure Partners (CIP) and will be built in two 400 MW phases.

The owners had previously earmarked MHI Vestas as turbine supplier and the switch to GE will boost its domestic content credentials.

“The selection of GE as our preferred turbine supplier means that a historic American company will play a vital role in the development of the first commercial scale offshore wind power in the U.S.,” Lars Pedersen, CEO of Vineyard Wind, said December 2.

The US offshore wind market is set to boom in the coming years and turbine suppliers are scrabbling for a share. In Europe, Siemens Gamesa has been the dominant supplier of offshore wind turbines, claiming two-thirds of installed capacity. Following the switch, Vineyard Wind has "paused" the review of its Construction and Operations Plan (COP) by the US Bureau of Ocean Energy Management (BOEM), in order to conduct a "final technical review" of the new project details, it said.

“While the decision to pause the ongoing process was difficult, taking this step now avoids potentially more federal delays and we are convinced it will provide the shortest overall timeline for delivering the project as planned,” Pedersen said. “We intend to restart the BOEM process from where we left off as soon as we complete the final review.”

Despite the latest approval delay, Vineyard Wind still expects to reach financial close in the second half of 2021 and to begin delivering clean energy to Massachusetts in 2023, it said.

Italian oil and gas group Eni is to enter Europe's offshore wind market by acquiring 20% of the 6 billion-pound ($8.0 billion) Dogger Bank A and B project from joint owners SSE Renewables and Equinor, the company announced December 4.

The 3.6 GW Dogger Bank project will be the world's largest offshore wind farm and consists of three phases, each of capacity 1.2 GW. Dogger Bank A and B are scheduled online from 2023 and 2024, respectively, with commercial operations starting in the following year.

Dogger Bank A and B will use 13 MW turbines supplied by GE Renewable Energy. Last month, SSE Renewables and Equinor reached financial closure on the project after securing 2.4 GW of power purchase agreements (PPAs). The 15-year offtake deals represent the largest set of PPAs for a UK renewable energy project. Eni will use its partnership with SSE Renewables and Equinor to build its own offshore wind expertise "for future projects in other areas," the company said in a statement. The Italian group aims to install 5 GW of renewable energy by 2025.

The European Commission (EC) has set an offshore wind target of 60 GW by 2030, five times Europe's current level, while the UK aims to quadruple its capacity to 40 GW.

US offshore wind construction is also set to boom in the coming years.

France has selected a site off the coast of Normandy for a 1 GW offshore wind farm, Barbara Pompili, Minister for the Energy Transition, announced December 5.

The site is located 32 km off the Cotentin Peninsula and the project will be France's eighth offshore wind farm.

There are already three offshore wind farms under development in Normandy, at Courseulles-sur-Mer, Fecamp and Le Treport. The seven offshore projects allocated in France represent 3.6 GW of capacity and none of these projects are yet to be completed.

The government currently plans to tender a further 3 GW of offshore wind capacity by 2024 and is expected to launch a tender for commercial floating wind capacity next year.

The UK has set a target to reduce greenhouse gas emissions by 68% by 2030 compared with 1990 levels, "the fastest rate of any major economy," the government announced December 3.

The UK has already committed to achieving net zero carbon emissions by 2050 and the new target comes ahead of the Climate Ambition Summit on December 12 and its hosting of the UN COP26 climate summit in Glasgow next November.

Five of the UK's largest energy companies have called on the government to set a more specific target of net zero carbon emissions from the power sector by 2035, the Financial Times (FT) reported last week.

Oil and gas groups Shell and BP, power utility Scottish & Southern Energy (SSE), power generator Drax and transmission group National Grid want the UK to match the pledge by US President-elect Joe Biden to decarbonise the power sector by 2035, made during his election campaign.

The UK is already the world leader in power sector decarbonisation and its previous actions against climate change have encouraged "similar international actions," the energy companies reportedly said in a joint letter to the UK government. On November 18, the government published its "Ten Point Plan for a Green Industrial Revolution," highlighting offshore wind, nuclear power and carbon capture as priority growth areas in the power sector.

The UK is already the world's leading offshore wind market with over 10 GW of installed capacity and the government aims to hit 40 GW by 2030.

Last month, the UK government doubled the capacity to be allocated in the next bi-annual renewable energy auction to 12 GW and set out plans for stricter domestic content rules to boost local industry.

The UK government has granted consent to Intergen to build the UK's largest battery storage plant at the London Gateway port on the Thames Estuary.

The 320 MW plant would initially feature two hours of storage, equating to a volume of 640 MWh, Intergen, an independent power producer, said in a statement November 30. Estimated to cost 200 million pounds ($267.0 million), the project could be expanded to a 1.3 GWh facility, it said.

The facility will provide fast-reacting power and system balancing services to the grid to help mitigate intermittent solar and wind supply. Construction is expected to start in 2022 and the plant is due online in 2024.

Intergen is studying another battery project of capacity 175 MW/350 MWh at its 1.2 GW gas-fired power generation site in Spalding, Lincolnshire, it said.

Italian power group Enel plans to install around 15 GW of new renewable energy capacity by 2023, raising its capacity to 60 GW in a new spending drive centered on renewables and infrastructure, the company announced November 24.

By 2030, Enel plans to spend 70 billion euros on renewable energy projects, increasing its installed capacity to 120 GW, it said.

"This will be accomplished by leveraging on a growing pipeline of more than 140 GW, alongside a worldwide platform-based Business Development, Engineering and Construction as well as Operation and Maintenance model," it said.

Enel plans to spend much of the remaining investment on power infrastructure and networks, including digitalisation at grid and customer level.

Last month, Spanish power utility Iberdrola said it plans to invest 75 billion euros in 2020-2025, of which half will be spent on renewables. The group aims to double its installed renewable energy capacity to 60 GW by 2025, it said.