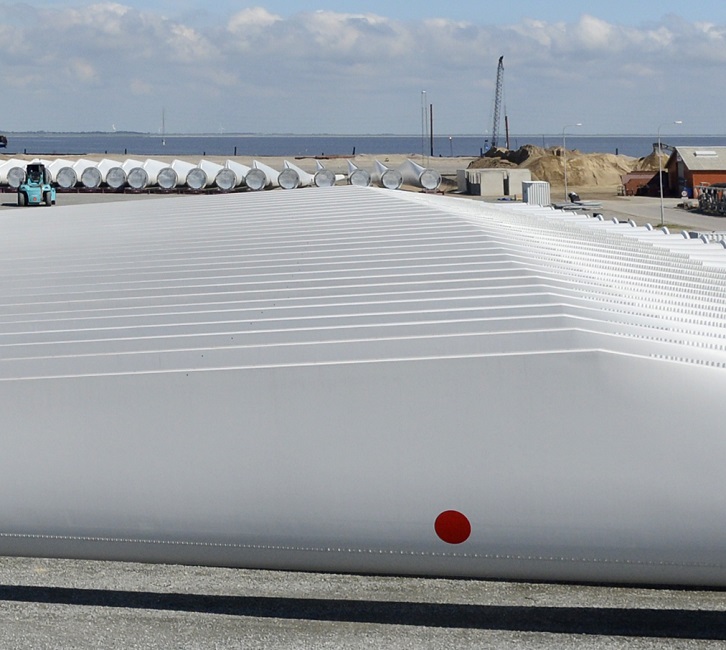 Last month, the government unveiled new renewable energy auction terms, doubling the available capacity to 12 GW and including onshore wind and solar for the first time in five years.

For the next auction in 2021, fixed-bottom offshore wind will compete for contracts for difference (CFDs) in a separate pot, allowing floating wind projects to compete against other less mature technologies such as waste to energy and tidal stream.

The UK is already the world's leading offshore wind market with over 10 GW of installed capacity and the government aims to hit 40 GW by 2030.

To promote industrial growth, the government now plans to set a minimum local content requirement of 60% for offshore wind projects, it said, in line with industry commitments in the 2020 Offshore Wind Sector Deal. The government will also strengthen supply chain compliance procedures to ensure commitments are delivered and opened a market consultation on the matter. The government's proposals include potential financial penalties or withdrawal of CFD if developers fail to meet supply chain commitments.

Domestic content currently represents 48% of total UK offshore wind project value on a lifetime basis, according to data published by industry association RenewableUK in 2017. This figure includes development and operations and maintenance (O&M) costs and the UK share of project capex is just 29%.

The new 60% requirement combined with stricter compliance measures will impact development and manufacturing strategies in the years to come, experts told Reuters Events.

The competitive CFD bidding process has sliced UK offshore wind prices and local content requirements in other markets have inflated bids. The last UK CFD auction in 2019 awarded 5.5 GW of new offshore wind projects at strike prices of between 39.65 and 41.61 pounds/MWh ($53.0/MWh-$55.6/MWh), around 30% lower than prices awarded in 2017.

The next auctions should include a "sensible, detailed mechanism that encourages UK content, and recognises the challenges of the competitive CFD regime,” Tom Glover, Chief Commercial Officer and UK Country Chair at German developer RWE Renewables, told Reuters Events.

Competitive pricing remains key to both the success of projects and the global competitiveness of UK suppliers, Glover warned.

The local content compliance rules “should not be so severe that they introduce excessive risk into what will be multi-billion pound infrastructure investments,” he said.

Currently, developers of offshore wind projects of capacity over 300 MW must submit a supply chain plan to the UK Department for Business, Energy & Industrial Strategy to participate in the auctions.

The plans are assessed on the basis of competition, innovation and skills, which are each given a score out of 100. Each project must receive a score of at least 150 out of 300 to be eligible for the auctions, or make a significant alternative contribution to the supply chain.

Despite these requirements, UK supply chain development has lagged far behind installation growth.

Based on the current supply chain, “60% of CAPEX is not remotely possible, while 60% of lifetime is still a big challenge,” Alun Roberts, Associate Director at renewable energy consultants BVG Associates, said.

“Even if you have a UK factory, there is still a lot of imported components and materials," Roberts noted.

In addition, the number of UK installation contractors has "dwindled to almost zero," he said.

Swedish developer Vattenfall has found it challenging to source local content in the UK.

Vattenfall has engaged with the UK supply chain, directly and through partners, to understand domestic capabilities, the company told Reuters Events.

"More often than not the appropriate skills, services and suppliers do not exist,” it said.

In one example, Vattenfall's O&M base in Ramsgate, Kent hosts 70 personnel and initially relied heavily on an operational team from Denmark.

"Upskilling needs to happen at scale," the company said.

The floating wind supply chain is far less developed and local content rules may only apply to projects above a certain size, which would exempt floating wind pilots, Roberts said.

The government believes that 40 GW of capacity will create up to 30,000 direct and 30,000 indirect jobs in ports, factories and supply chains in the UK. In October, the government pledged to invest a further 160 million pounds in UK ports and infrastructure in northern England, Scotland and Wales.

The government's 60% local content requirement is expected to apply to the wider offshore wind industry, rather than specific projects.

“How the content will be spread across the industry is difficult to predict," Vattenfall said.

A "top down, bottom up commitment and action" is needed to establish a more "joined-up supply chain," the company said.

"Both established and potential entrants to the supply chain would benefit from longer term planning," it said.

Key elements of the supply chain which could be attracted to the UK include "blade, tower and foundation manufacture as well as cables," turbine supplier Siemens Gamesa told Reuters Events, noting it is too early to predict the exact impact of the government’s proposals.

Based on labour and manufacturing costs, UK suppliers may be better positioned to provide competitive products in blades, towers and monopole and floating foundations, while jacket foundations and substations may be built in lower cost regions, Roberts said.

"There is unlikely to be anyone in the UK bidding to build offshore substations...the work is increasingly going to low cost countries,” he said.

US turbine supplier GE Renewable Energy is reportedly in talks to build a new wind turbine factory in the UK. The new factory would initially supply turbines for the giant Dogger Bank project being developed by SSE Renewables and Equinor in the UK North Sea, the Financial Times (FT) reported last month. GE told the FT it had "made no specific announcements at this point."

In September, GE finalised turbine supply contracts for the first two phases of Dogger Bank and said its activities would create around 120 jobs in the Hartlepool harbour area in north-east England, as well as 120 service-related jobs in the Port of Tyne.

The UK's offshore experience "provides us with the opportunity to partner with various UK institutions and local supply chain [small and mid-sized enterprises]," GE said.