Offshore wind dealmaking ploughs on ahead of busy 2021 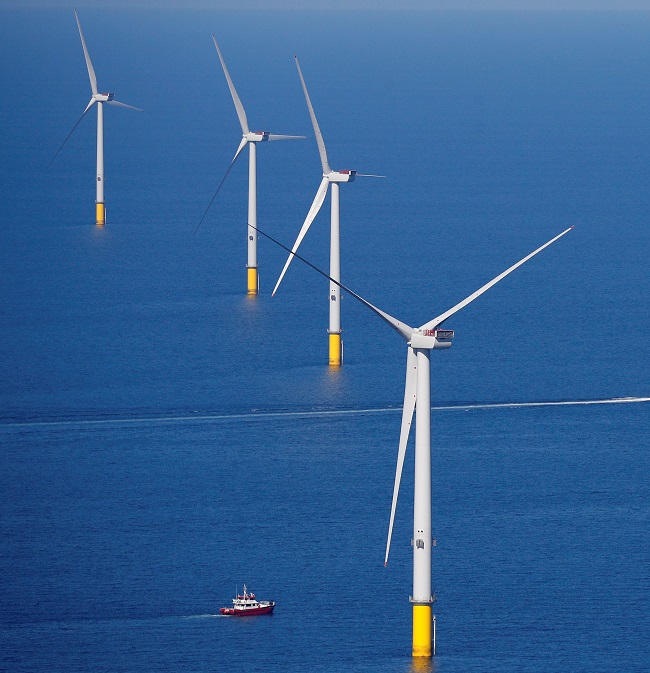 On September 28, RWE Renewables announced it had secured leases for four new UK offshore wind extension projects it will develop with partners off the coast of England and Wales.

The projects at Galloper, Greater Gabbard, Rampion and Gwynt y Mor represent 1.8 GW of new capacity and highlight the strong growth ambitions of RWE following the completion of its asset swap with fellow German utility E.ON in July.

RWE group generates around two-thirds of its power from coal and gas plants and aims to become carbon neutral by 2040. The group plans to spend 5 billion euros ($5.9 billion) on renewable energy projects in the next three years.

RWE remains on track to reach final investment decision (FID) for Sofia in the "first quarter or so” of 2021, Richard Sandford, Director of Offshore Wind Development, Europe at RWE, told the conference on October 1.

RWE and other growth-hungry developers are now preparing for a flurry of offshore wind tenders across Europe.

"What's really exciting in 2021 is the number of new lease opportunities," Sandford said.

European offshore developers have implemented a range of measures to maintain construction and operational efficiency through COVID-19 restrictions. In August, RWE and partners completed the installation of 90 turbine foundations and two 50-km export cables at the Triton Knoll project within the planned summer delivery window.

"Despite the restrictions, the guys on the ground there put the right controls in place...managed things incredibly well so it didn't impact the construction," Sandford said.

The lack of face-to-face meetings has disrupted some business development and networking activities, but dealmakers have embraced virtual meeting technology to advance negotiations.

Canada's Northland Power hopes to announce a new offshore wind deal in Europe by the end of the year, Nigel Slater, Managing Director, Development - Europe at Northland Power, told the conference. Northland is majority stakeholder in two offshore wind farms in Germany and one in the Netherlands for a total capacity of 1.2 GW.

In July, Dutch power group Eneco and oil major Shell won a tender to build a 750 MW offshore wind project in Dutch waters that will include green hydrogen and battery storage technology. Due online in 2023, the Hollandse Kust Noord (HKN) project will be built without subsidy and Eneco and Shell had already taken the final investment decision on the project, the companies said in July.

In late March, a consortium of Japan's Mitsubishi and Chubu Electric Power completed their acquisition of Eneco in late March, amid intense COVID lockdowns. The 4.1 billion-euro acquisition was approved by a shareholders committee in November 2019 and required the consent of Eneco's 44 municipal shareholders.

Eneco and partners also completed the construction of the 370 MW Norther offshore wind farm in Belgium earlier this year and the company is also a partner in the Dutch 732 MW Borssele III and IV project and the 487 MW Seamade project currently under construction in Belgian waters.

Despite some COVID disruptions, these projects are advancing on time and on budget, and will achieve their target commercial operation dates, Schot said.

Developers are now preparing for a series of offshore wind tenders planned for 2021. Tenders will be held in leading offshore markets such as UK, Germany and Denmark, as well as France, a key growth market in the coming years.

RWE is already developing projects in Ireland and Poland and is looking to acquire new project opportunities, Sandford noted.

Eneco is currently looking at several European markets and aims to participate in France's offshore wind tenders scheduled for next year, Schot said.

"We are in partnership negotiations there," she said.

Offshore tenders are also expected in the US and Asia next year.

RWE has “ambitions to grow in Europe, but also in America and in the [Asia-Pacific] regions," Sandford said.