The pace of recovery in offtaker deals will depend on the damage to credit risk and industrial demand, requiring new contract terms and risk aggregation, experts said. 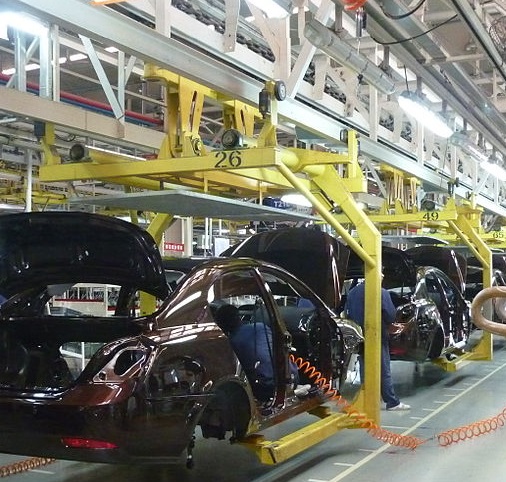 A recovery in power prices after the pandemic will depend on the health of industry. (Image credit: Sijuwj)

COVID-19 restrictions are impacting short and long-term strategies of wind and solar developers.

In Europe and US, factory closures have cut demand and short-term power prices. Supply chain disruptions have delayed project schedules and increased costs.

The pandemic is also delaying the signing of long-term power purchase agreements [PPAs] critical for most large-scale renewable energy projects.

PPA demand was surging before the crisis but business closures and the looming global downturn is impacting credit ratings and lower power demand has created uncertainty over future wholesale prices.

Prices must be high enough to mitigate offtaker risks and many developers may wait for prices to recover more towards pre-COVID-19 levels, Martin Scharrer, Head of Legal (Energy & Investments) at German solar and wind power investor Encavis, said.

“Projects are not as attractive as they need to be for investors, especially purely financial investors,” Scharrer said.

"It might take some time until we are back to the prices before Corona," he warned.

The economic fallout of COVID-19 will impact the creditworthiness of offtakers large and small. Risks will differ between country and sector.

In 2018, 75 companies entered into corporate renewable energy PPAs in the US, compared with 31 in 2017, according to the Rocky Mountain Institute's Business Renewables Center (BRC).

Increasing use of layered PPA structures which aggregate demand from a number of offtakers could help mitigate risks, Daria Nochevnik, Principal Advisor at ECS Consulting, said.

Many smaller firms seek shorter PPA contracts and this has spurred the layering of multiple contract tenors, requiring an in-depth understanding of regional power trends. The spread between PPA and wholesale prices varies between country, depending on market-specific factors such as liquidity and national regulation.

The impact on the utility depends on the regulatory regime it operates in and its exposure to COVID-hit companies, Varadarajan said.

“If the regulatory regime includes measures to decouple the volume of consumption from total collections in a timely fashion, then the utility’s revenues are likely to be resilient to this crisis in the near term - and the counterparty risk is likely to be minimal”, he said.

If a prolonged downturn prevents customers from paying their bills, liquidity becomes an issue, Varadarajan said.

“This could be a concern for utilities like Pacific Gas & Electric (PG&E), already reeling from recent events”, he said.

PG&E filed for Chapter 11 bankruptcy protection in January 2019 after several deadly wildfires left it with billions of dollars of potential liabilities.

The Californian utility is offtaker for Berkshire Hathaway's 550 MW Topaz PV plant in San Luis Obispo County. On April 22, Fitch Ratings affirmed senior notes for the facility at "C," a very high level of credit risk, due to its exposure to PG&E.

"Material changes in revenue and cost profile are occurring across the power sector in the U.S. and likely to worsen in the coming weeks and months as economic activity suffers and government restrictions are maintained or expanded," Fitch warned.

The COVID-19 crisis will bring greater scrutiny of PPA contracts, particularly in the negotiation of force majeure clauses, Scharrer said.

Companies may look to extend the period for which counterparties under force majeure are unable to terminate the contract, typically set at around 180 days, Scharrer said. Contracts may also include greater detail on risks from health and safety issues, he said.

More standardization of contract terms across the industry should help mitigate risks and speed up negotiations.

The long-term impact of COVID-19 on PPA demand and prices will depend on the length and breadth of the economic fallout.

"It could be useful in my opinion to get the economy bouncing back quicker...plus the countries still have to fulfil their targets for renewable energies in [their] climate action plans,” he said.

“Now, we are seeing even lower interest rates, and many believe this will last for a long time,” he noted.

Based on cost, PPA activity could swing in favour of solar in the coming years, Wood Mackenzie Power and Renewables said in a report published in 2019.

Rising renewable energy targets at both a national and corporate level will continue to spur activity.

Amid the pandemic, the European Commission and European Council have reaffirmed their commitment to carbon neutrality by 2050 and pending EU-level Green Deal legislation will help support growth, Nochevnik said.

“PPAs and corporate PPAs in particular will remain a key instrument for facilitating the uptake of renewable energy in Europe in a cost-effective way," she said.