US offshore leaders combine research ahead of building boom 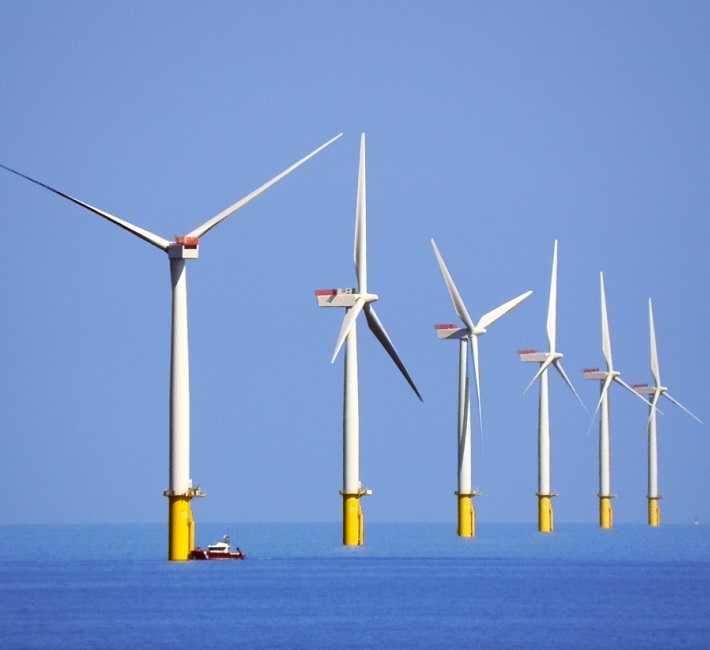 Earlier this month, the US Bureau of Ocean Energy Management (BOEM) published a Supplement to the Environmental Impact Statement (SEIS) for Vineyard Wind 1, the US' first large-scale offshore wind project.

Vineyard Wind is a joint venture of Iberdrola subsidiary Avangrid and Copenhagen Infrastructure Partners (CIP). Vineyard Wind 1 will consist of two 400 MW phases that were originally scheduled online in 2022 and 2023 but are now expected later.

BOEM issued an initial draft EIS in December 2018 and expanded this into the SEIS following feedback from regional stakeholders. The SEIS introduced previously unavailable fishing data, a new transit lane alternative and changes to the Construction and Operations Plan (COP), including larger turbine considerations.

The SEIS expands the scope and detail for assessing the cumulative impact of Vineyard Wind 1 in the context of other current or planned facilities, Michelle Morin, Chief of Environment Branch at BOEM's Office of Renewable Energy Programs, told the US Offshore Wind Virtual conference on June 18.

The SEIS expands the scope of "reasonably foreseeable" projects that could impact the local region, including all named projects and state demand on the US East Coast that can be met with existing lease areas.

"We were more quantitative in our analyses where that was possible...This new reasonably foreseeable offshore wind scenario totals around 22 GW which is much more than the little under 1 GW we looked at under cumulative for the draft EIS," Morin said.

The Vineyard Wind 1 SEIS notes major direct environmental impacts from cable placement and navigation under certain project scenarios, while major cumulative effects include the impact on commercial fisheries, scientific research programs and military uses. Many of the environmental impacts were deemed as minor or moderate, with some marked as beneficial, it said.

The SEIS provides a framework for future development "that can continue to be refined as projects are built," Vineyard Wind said in a joint statement with other offshore wind lease holders on June 22.

"We’re pleased that the document, while clearly outlining both positive and negative impacts of a future buildout of projects, also makes clear that there is much that can be done to ensure the positive outweighs the negative," the groups said. The SEIS represents a "significant step to building scalable offshore wind projects in the US," Ruth Perry, Marine Scientist and Regulatory Policy Specialist, Shell Upstream Americas, told the conference. Shell has partnered with France's EDF and Portugal's EDPR to develop capacity in New Jersey and Massachusetts.

"We need a [National Environmental Policy Act] process and an outcome that gives us the flexibility, the certainty and the predictability and I think all of that is in this document," Perry said. "BOEM in this cumulative SEIS has put forth a very ambitious target, so we're certainly excited to see that buildout."

The assessment framework is driving scientific collaboration between developers and regional stakeholders not seen in other offshore wind markets, Perry said.

"There's a real opportunity to think strategically and creatively about how we can do monitoring and science and mitigation jointly, regionally and locally," Perry said.

Developers in adjacent lease areas can collaborate on a number of regional assessment factors, such as mammal behaviour or navigational safety, she added.

Last year, New England leaseholders committed to a uniform one by one nautical mile spacing between each turbine.

"This layout creates more distance between turbines than any offshore wind projects operating globally, establishing more than 200 transit lanes in all directions through the lease areas and allows the projects to move forward and continue to bring local jobs and direct investment to the US," the developers said June 22.

In their design plan, developers can submit a project envelope which sets out a reasonable range of design parameters, such as type and number of turbines and foundation type.

The project envelope approach offers some design flexibility but can increase complexity in the assessment process as the project is assessed on the design parameters that have a maximum impact on environmental resources, Jill Rowe, Director of Ocean Science at RPS consulting group, said.

"The project design envelope needs to be realistic and as reasonable as possible," she said.

The parameters set out in the COP have a cumulative effect on phased project approaches and wider regional development, Rowe noted.

"Try to be as prescriptive as possible in your COP, of the schedule and the description of the different phases. That information is assessed by the regulators within the EIS and taken into account in the cumulative assessment," she said.

The SEIS for Vineyard Wind 1 has gathered valuable data and will act as a model for future offshore wind applications, Morin said.

"For each future EIS for a proposed wind facility, we're going to include this expanded cumulative analysis for offshore wind development and we will update it as we get new information, like additional state procurements, substantial changes in technology,..." she said.

Key learnings include the importance of early outreach to stakeholders in the permitting process and implementation of sufficient environmental and technical surveys early in development, he said.

As the first large project, Vineyard Wind 1 is spearheading progress in US offshore wind permitting.

"Both we as a project developer and all the regulators are learning a lot about how the technology is impacting the environment and what the stakeholder environment is," Pedersen said.