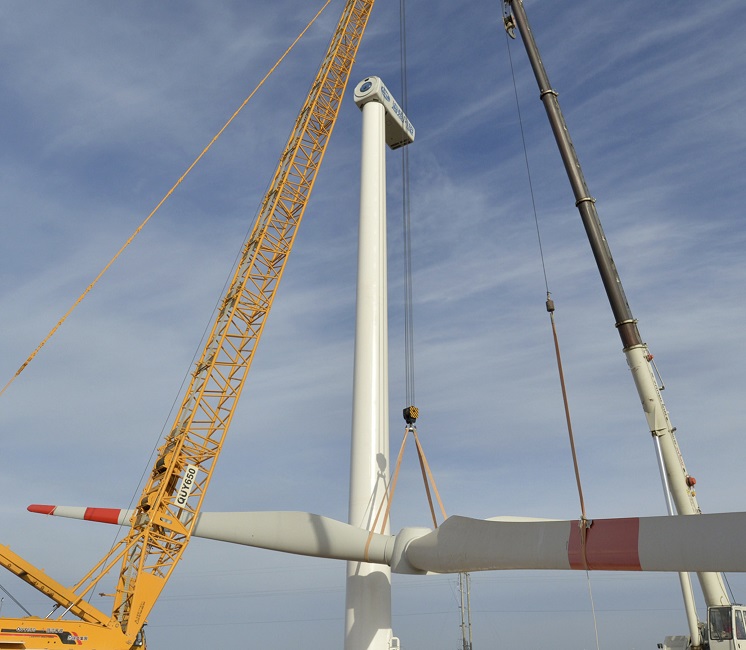 Leading turbine supplier Vestas has reinstated its 2020 revenue outlook of 14 to 15 billion euros ($16.5-$17.6 billion) at its first quarterly results spanning COVID lockdowns. The Danish group also cut its outlook for earnings before interest and taxes (EBIT) margin by two percentage points to 5%-7% after one-off warranty provisions in the second quarter.

In April, Vestas suspended its 2020 financial outlook due to uncertainties over the COVID-19 crisis. The group posted an operating loss in the first quarter of 2020 as supply chain and logistics challenges impacted the delivery of low-margin projects and these were amplified by COVID-19 restrictions. Vestas also announced it would lay off 400 employees by stopping technology projects and prioritizing 2020 deliveries in response to the pandemic.

"The global pandemic and economic downturn will continue to create uncertainty in 2020," Vestas warned August 11. "But we remain confident in our ability to ensure business continuity across our value chain and are therefore reintroducing guidance for 2020."

The drop in quarterly EBIT margin was primarily due to extraordinary warranty provisions of 175 million euros, Vestas said. These provisions were related to a “limited” number of turbines that needed repairing and upgrading to protect them against lightning strikes, Henrik Andersen, Vestas' Chief Executive, told Reuters.

Full-year spending would be below the 700 million euros initially forecast, Vestas warned.

"This guidance, it should be emphasized, is based on assumptions that are subject to greater uncertainty than under normal circumstances, due to COVID-19," it said.

The UK has committed to achieving net zero carbon emissions by 2050 and a report by independent research group Aurora Energy, commissioned by the NIC, showed the UK can deliver two thirds of power from renewable energy by 2030 at the "same overall cost" as meeting 50% of demand.

The government should set out clear timelines and budgets for the auctions to provide certainty for investors and allow the supply chain to prepare, the commission said.

"This will contribute to higher quality, lower cost, projects being developed," it said.

UK deployment rates to achieve 65% from renewables by 2030

The UK government has already set a target of 40 GW of offshore wind capacity by 2030, up from 10 GW currently, and recently reopened subsidies for solar and onshore wind projects after a four-year moratorium.

“The government should be credited for recent steps to encourage quicker deployment of renewables, and for setting up successful mechanisms for encouraging private sector investments. These latest projections suggest we can afford to go further, faster without hitting consumers in the pocket," Sir John Armitt, Chair of the NIC, said.

“The National Infrastructure Strategy needs to include a long term policy on future energy that reflects these facts and helps deliver the green recovery we all want to see,” he said.

The government had planned to publish its 30-year National Infrastructure Strategy in March, but has delayed its publication until the fall at the earliest.

A consortium of Shell and Dutch power group Eneco has won an offshore wind tender to build a 750 MW offshore wind project in Dutch waters that will include green hydrogen and battery storage technologies, the partners announced July 29.

The zero-subsidy Hollandse Kust (noord) project will be located 18.5 km off the Dutch coast, near the town of Egmond aan Zee.

The combination of these measures will "ensure a continuous power supply regardless of the wind situation," the project partners said.

"This wind farm is a crucial part of a new value chain – from wind to hydrogen – with our ambition to build a green hydrogen plant in Rotterdam and with NortH2," Maarten Wetselaar, Director of Shell Integrated Gas and New Energies, said.

A growing number of European energy companies are investing in large-scale electrolyzer projects and these should accelerate cost reductions for renewable hydrogen, experts told Reuters Events in June.