Vestas cuts 400 jobs due to COVID-19; GE shuts US factory after virus outbreak 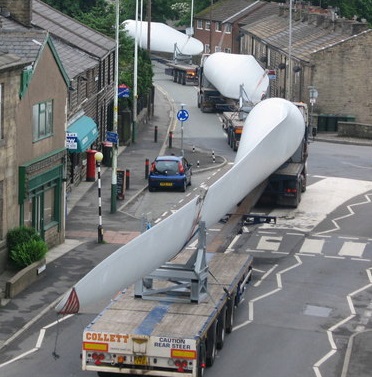 Vestas will focus on deliveries during the COVID-19 pandemic and stop some research projects. (Image credit: Paul Anderson)

Vestas cuts 400 jobs in Europe to focus on delivery

Leading turbine supplier Vestas is to lay off 400 employees by stopping technology projects and prioritizing 2020 deliveries in response to the COVID-19 pandemic, the Danish group announced April 20.

Most of the job cuts will be in Denmark, with a limited number in other European countries, Vestas said. Executive management will take a 10% pay cut until the end of 2020.

"We’re in a period of high uncertainty and by making a strategic decision on our product portfolio and reduce complexity, we sustain our competitiveness in the future and ensure we can adjust quickly to COVID-19 challenges," Henrik Andersen, President and CEO of Vestas, said in a statement.

The majority of the jobs cuts will be in Aarhus and Lem, where Vestas will shelve technology projects. The company will also close a facility in Viborg that served MHI Vestas offshore wind projects, it said.

In Italy, three wind power factories remained closed as at April 21. These include eTa's blade factory in Fano, Celme's transformer facility in Montebello Vicentino and Promau's cylinder and cone plant in Cesena. Prime Minister Giuseppe Conte said he would announce details of a gradual exit from the lockdown by the end of this week.

Elsewhere in Europe, wind power manufacturing has continued due to looser worker restrictions. Supply from China has also ramped back up following COVID-19 shutdowns in February.

GE turbine blade subsidiary LM Wind Power has closed its Grand Forks facility in the US state of North Dakota for at least a fortnight due to a major outbreak of coronavirus at the plant.

State Health Officer Mylynn Tufte ordered the 900 employees at the facility to quarantine for 14 days from April 16.

By April 18, testing had found 110 positive COVID-19 cases for plant employees or close contacts, out of around 400 tests, State Governor Doug Burgum said in a briefing.

One of these cases was hospitalized. More tests would be completed in the coming days, Burgum said.

“By responding swiftly to localized outbreaks and using targeted testing, we can quickly identify individuals with COVID-19 and begin the contact tracing process to prevent the disease from spreading further,” the governor said.

Sparsely-populated, North Dakota has thus far recorded relatively few cases. By April 21, some 644 positive cases were recorded, including 54 hospitalizations and 13 deaths. North Dakota has ordered recreational and beauty businesses to remain closed until April 30 to limit the spread of the virus. Manufacturing and construction have remained open for business. 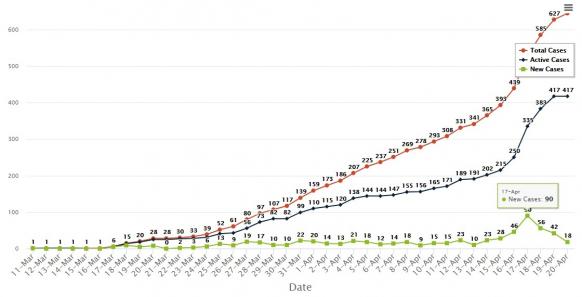 During the quarantine, GE has committed to pay the Grand Forks workers as usual and will disinfect the plant.