New UK price support and leasing opportunities are attracting floating wind developers but the pace of growth will depend on targeted UK supply chain investments and consenting resources. 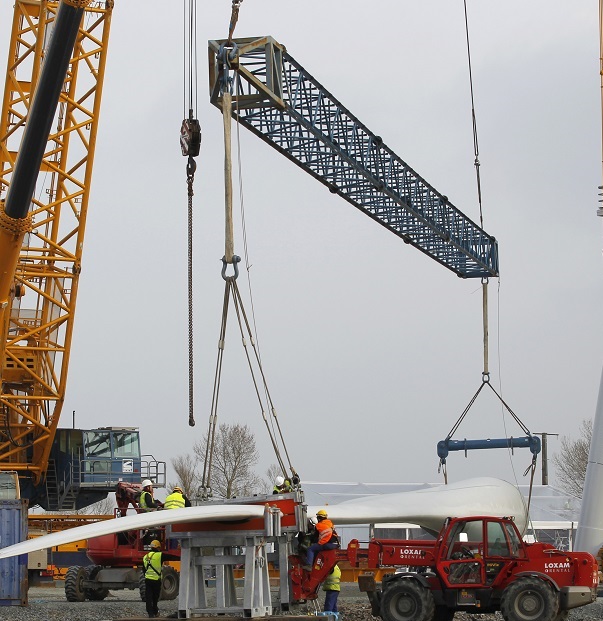 Offshore wind growth forms a key pillar of the government's "Ten Point Plan for a Green Industrial Revolution," published November 18. The UK is already the world's leading offshore wind market with over 10 GW of installed capacity and the government aims to hit 40 GW by 2030. Going forward, higher levels of local content will be required, the government said. UK fixed-bottom offshore wind costs have plummeted in recent years and this technology has dominated the CFD auctions. A form of subsidy, CFDs represent a crucial offtake commitment for developers, providing operators with a minimum revenue at an agreed strike price for 15 years.

For the next auction planned in 2021, conventional offshore wind will be moved into a separate auction pot and floating wind will compete for contracts against other less mature technologies such as waste to energy and tidal stream projects, the government said.

Up to 12 GW of renewable energy contracts will be available, double the capacity allocated in 2019, but the government is yet to define the capacity per pot.

In addition, the UK has launched the first round of seabed leasing for offshore wind in Scotland for over a decade. Allocated by Crown Estate Scotland, the “Scotwind” leases include deep water areas not suitable for fixed-bottom technologies and applications must be submitted before the end of March.

The ScotWind leasing round offers “huge potential for the first commercial-scale floating projects off the UK coast" and there is also big untapped potential in the Celtic Sea, he said.

For UK floating wind developers, Britain's exit from the European Union has caused uncertainty over wider financing options and underlined the importance of CFD terms.

“The CFD regime has proven to be an effective mechanism and should be seen as a role model for other markets around the world,” Willow said.

The expectation of a new CFD mechanism has stoked floating wind activity, but many developers must wait for future auctions.

Blue Gem Energy plans to submit its 96 MW Erebus project in the following CFD auction expected in 2023. The project is located off the coast of Wales in the Celtic Sea in water depths of 70 meters and is based on Principle Power floating wind technology. Blue Gem Energy is 80% owned by oil and gas group Total and 20% owned by Simply Blue Energy.

"The critical pathway to the 2023 round is consenting," Hugh Kelly, chief operating officer at Simply Blue, said.

At least two years of bird and mammal surveys are required, alongside other studies, and consenting could then take another 12 months, he said.

Last September, floating wind developer Cierco was allocated a CFD for its 14 MW Forthwind project in Scotland at a strike price of 39.65 pounds/MWh. Due online in 2023, the project aims to demonstrate the performance of two turbines, or one larger next-generation turbine, potentially paving the way for a larger floating wind project in a second phase.

When asked about using floating wind technology, Mikael Jakobsson, founder and managing director of Cierco, told Reuters Events the company is "in talks but we have not concluded any specific arrangement yet."

Cierco is also looking to develop a demonstration project in the US and is one of 14 companies eligible to participate in commercial tenders for sites on the Outer Continental Shelf (OCS) off the coast of California. RWE is currently a partner in Stiesdal's TetraSpar project in Norway, Saitec's DemoSATH project in Spain and the New England Aqua Ventus project in the US, which uses technology developed by the University of Maine. Shell and Total have also partnered with several floating wind technology groups in pilot projects.

The government has also pledged to invest a further 160 million pounds in UK ports and infrastructure in northern England, Scotland and Wales and plans to set a new minimum local content requirement of 60% for offshore projects.

On November 18, French floating wind developer Ideol signed a letter of intent with the Scottish Port of Cromarty Firth to use its land and berthing sites and develop a serial manufacturing yard for its concrete hulls. Ideol has formed a consortium with Belgium’s Elico and Germany’s BayWa r.e. to bid into the Scotwind tender.

According to Kelly, Celtic Sea ports could export floating wind technology to Ireland and Atlantic coast projects in France, Spain and Portugal.

“We expect to see a multi-centre supply chain with components being manufactured throughout the region and assembled locally,” he said.

The proposed domestic content target of 60% would impact development and manufacturing plans. On average, domestic content represents 48% of UK offshore wind project value on a lifetime basis, Williams said, but the share of capex is lower.

The government also plans to strengthen compliance procedures in its supply chain policies to "increase the clarity, ambition, and measurability of developers’ commitments, and ensure those commitments are delivered," launching a new consultation on the matter Tuesday.

A new meshed offshore grid design being developed by UK authorities could support clusters of floating projects further from shore.

Until now, offshore wind projects have been connected to individual radial offshore transmission links. UK energy regulator Ofgem is looking to develop a more coordinated system to reduce the financial and environmental cost of future projects.

In its new 10-year plan, the government said it will publish a review of the offshore transmission network by the end of 2020 and provide "clarity for an enduring approach in 2021.”