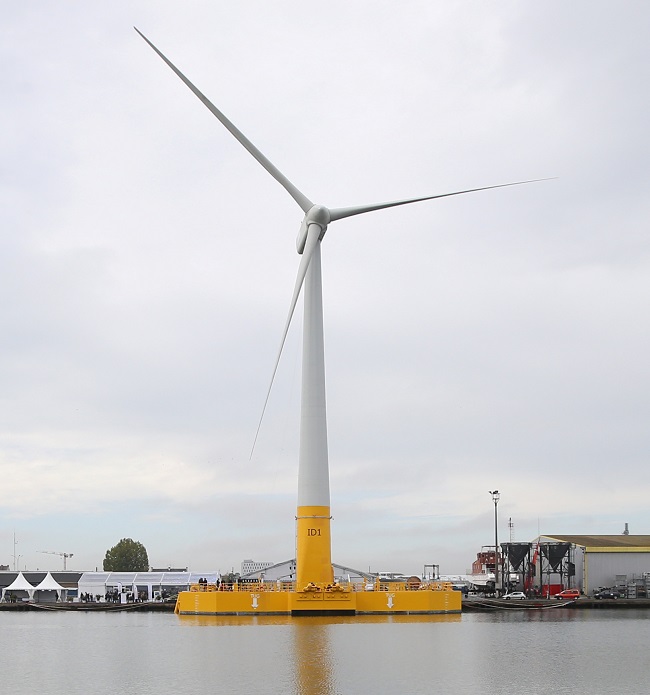 The UK government unveiled November 24 new auction terms for contracts for difference (CFDs), separating floating wind projects from fixed-bottom technologies and confirming the inclusion of onshore wind and solar. For the next auction in 2021, the government will allocate up to 12 GW of contracts to renewable energy developers, double the capacity allocated in 2019, it said.

From next year, onshore wind will compete directly with solar for contracts, ending a five-year moratorium on price support.

Following a sharp fall in costs, conventional fixed-bottom offshore wind will be moved into a separate pot and floating wind will compete for contracts against other less mature technologies such as waste to energy and tidal stream projects, the government said.

The government also plans to set a minimum domestic content requirement for offshore projects at 60%. It will also strengthen compliance procedures in its supply chain policies to "increase the clarity, ambition, and measurability of developers’ commitments, and ensure those commitments are delivered" and has opened a new consultation on the matter, it said November 24.

The plan sets out a wide range of policies that will reduce carbon emissions and create jobs, accelerating renewable energy deployment and the electrification of heating and transport.

Dogger Bank is the world's largest wind farm project and the offtake deals represent the largest set of PPAs for a UK renewable energy project.

The 15-year contracts cover Dogger Bank A and B, the first two phases of the three-phase project, for which financial closure is expected "shortly," the partners said. "We're very pleased with the signing of this agreement which underlines our position as a leading energy trading company in the UK," Morten Buchgreitz, Executive Vice President and CEO of Orsted Markets & Bioenergy, said.

“We are proud to support the world’s largest offshore wind farm through a long-term agreement that will help us to meet the evolving energy needs of our customers," Rupen Tanna, general manager for power at Shell Energy Europe, said.

Dogger Bank A and B will feature 13 MW turbines supplied by GE Renewable Energy after supply contracts were finalised in September. An updated version of GE's 12 MW model, the turbines feature blades of length 107 meters and a rotor diameter of 220 meters. GE will sign a five-year service agreement with the project owners, it said.

GE's activities would create around 120 jobs in the Hartlepool harbour area in north-east England, as well as 120 service-related jobs in the Port of Tyne, it said.

"Projects like Dogger Bank are absolutely crucial to building back greener from the coronavirus pandemic – creating jobs, growing the economy and tackling climate change," UK Energy Minister Kwasi Kwarteng said in a statement in September.

"I look forward to watching its progress in the months and years ahead," he said.

EC sets out strategy for 60 GW of offshore wind

By 2050, Europe should aim to install 300 GW of offshore wind, requiring 800 billion euros ($949.4 billion) of investments, the commission said in its new 'EU Strategy on Offshore Renewable Energy,' published November 19.

“Today's strategy shows the urgency and opportunity of ramping up our investment in offshore renewables," Frans Timmermans, Executive Vice-President for the EC's European Green Deal, said.

The EC will ensure that revisions of state aid guidelines and the Renewable Energy Directive facilitate "cost-effective deployment" of offshore technology, it said.

The EC's strategy highlights the importance of demand and supply side policies to build a long-term supply chain for offshore wind projects and cooperation between EU member states on infrastructure planning. Offshore renewable energy objectives will be integrated with national maritime plans due to be submitted by member states by March, it said.

The commission also said "part" of the wholesale market risk to offshore operators can be compensated through support schemes, in line with state aid rules. It will also help to mobilise funds for less mature technologies such as floating wind, working with programs such as InvestEU and Horizon Europe.

The strategy recognises the required investments in grids, ports and supply chain and "identifies all the right policies that will drive those investments: industrial policy; state aid rules; and the mechanisms to ensure predictable revenues for offshore wind farm developers at least cost to society,” Dickson said.