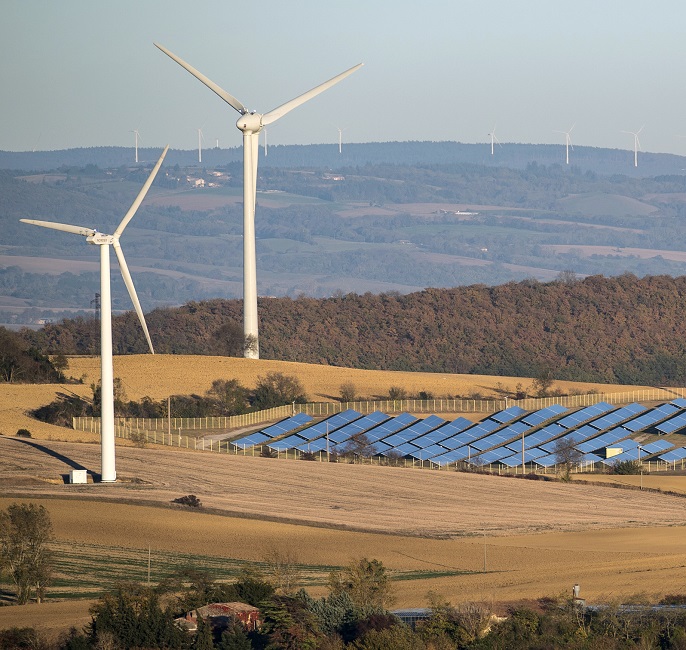 In December, Vestas acquired 25% of renewables investor Copenhagen Infrastructure Partners (CIP) for 500 million euros ($604.8 million) in a move which expands its development activities and widens its role in offshore wind and solar.

CIP currently has around 14 billion euros of renewable energy and transmission assets under management and the company aims to increase this to 75 to 100 billion euros by 2030. Vestas' revenues rose by 22% in 2020 to 14.8 billion euros, but EBIT (operating) margin fell by 25% before special items to 750 million euros, the group said in annual results on February 10. The company predicts sales will climb to between 16 billion and 17 billion euros in 2021.

Vestas' deal with CIP follows its incorporation of the MHI Vestas offshore wind business into the Vestas group and comes as it prepares to launch a new 15 MW turbine, the world's largest, for the offshore wind market.

Vestas has already invested in some co-development and early-stage project activities and its investment in CIP offers wider revenue potential over a longer term. The acquisition would increase Vestas’ presence "along the energy value chain," Anders Riis, Head of Communications at Vestas, told Reuters Events.

The CIP deal is a "world first" for a major turbine supplier as they are taking "a stake in a leading investment fund across their renewables portfolio,” Will Cleverly, Managing Director of Offshore Wind Consultants, a subsidiary of AqualisBraemar, said.

CIP's business model focuses mainly on raising long-term institutional capital and the group is involved from project origination through to asset management. Notable projects include Vineyard Wind, the US' first large offshore wind project, which it co-owns with Avangrid, a subsidiary of Spain’s Iberdrola. CIP recently sold its 35% stake in the 588 MW Beatrice offshore wind farm in Scotland two years after the project was brought online and seven years after CIP entered the project.

CIP invests around one third of its capital in offshore wind, one third in onshore wind and solar, and one third in other renewable energy infrastructure, Michael Hannibal, Partner at CIP, told Reuters Events.

Onshore wind developers are facing increasing competition from solar power due to falling costs and greater synergies for solar with battery technology. The levelised cost of solar fell by 9% last year, compared with just 2% for onshore wind, Lazard consultancy said in a report.

In the US, solar power will account for 80% of the growth in renewable energy generation between 2024 and 2050, the Energy Information Administration (EIA) said in its latest Annual Energy Outlook. Corporate demand for solar will far exceed demand for wind this decade, research group Wood Mackenzie said in a report in 2019.

The deal with CIP will also increase Vestas' exposure to emerging renewable energy technologies. Vestas will invest in a new energy transition fund managed by CIP that will focus on “power-to-x” technologies such as green hydrogen.

Vestas and other leading turbine suppliers have expanded service operations in recent years to gain access to higher margins and a rapidly growing market.

US annual wind O&M spending is set to rise by 50% by 2030, to $7.5 billion, IHS Markit said in a 2019 report. IHS Markit predicted a transition in US wind employment opportunities from construction to O&M jobs in the “early 2020s.”

Suppliers have invested in digital technologies to improve their products and compete for third-party service contracts.

Under the terms of the deal, CIP will not be obliged to use Vestas turbines for its projects and Vestas will not be involved in CIP's investment decisions at project level.

“There is no expectation that CIP will go to Vestas, even for onshore turbines,” Hannibal said.

“When we select [suppliers], we select for capex and opex. We will continue to select what is best for any particular project,” he said.

However, Vestas' involvement in CIP gives it "skin in the game" which would help increase project efficiency and lower risks, Cleverly said.

By aligning goals with the turbine supplier, offshore wind developers can ensure more than 60% of project capex and opex are kept under control from an early stage, providing greater certainty for investors, he said.

Vestas will also learn how other offshore project partners, such as utilities, independent power producers and oil and gas groups procure, build and operate their assets, Cleverly said.

This will give Vestas "more insights on their business development and wider sales strategy," he said.