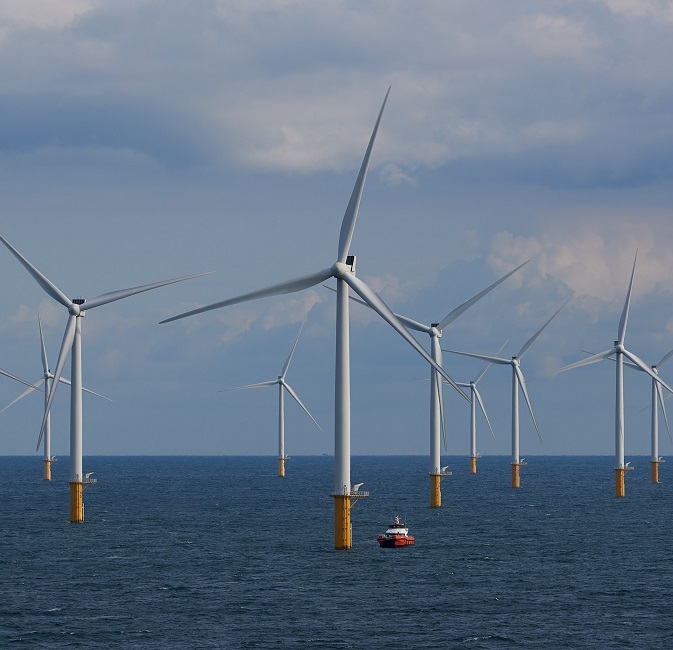 Bullish bidding in the UK's latest offshore wind leasing round has prompted criticism of the leasing rules by the wider wind industry.

The UK Crown Estate allocated six offshore wind leases in England and Wales to four different groups - including the first UK project for oil major BP - for a total capacity of 8 GW. The UK aims to quadruple offshore wind capacity to 40 GW by 2030 and developers require the leases to pursue permitting and bid in UK contract for difference (CfD) auctions.

The shallow water of BP's lease site 30 km from the coast would allow lower transmission costs and reduce the environmental impact, he said.

The leasing round was the first in Europe based on bids for upfront option fees, which the developer must pay until it gains final planning permission. The previous three rounds in the UK had set fixed annual option fees.

Sanyal expected BP and EnBW would take a final investment decision (FID) on their windfarms in 2025, which implies the companies will each pay around 1 billion pounds in fees before then.

The capacity available was four times lower than in the UK's last leasing round 10 years ago and there are now more developers chasing projects, Giles Dickson, CEO of WindEurope, said.

"It’s unclear when the next auction will take place. So there’s a price frenzy in the bidding – that’ll just get passed on to energy bills,” he said.

"[CfDs are] cheap for governments: they pay out and get paid back depending on market prices. And it significantly reduces financing costs which means lower bills for energy consumers," Giles Dickson, CEO of WindEurope, said.

The U.S. Bureau of Ocean Energy Management (BOEM) has resumed its environmental review of Vineyard Wind, the US' first large-scale offshore wind project, following an Executive Order from President Biden to accelerate the permitting of renewable energy projects on public lands and waters.

The 800 MW Vineyard Wind project in Massachusetts is a joint venture of Iberdrola subsidiary Avangrid and Copenhagen Infrastructure Partners (CIP) and would be built in two 400 MW phases.

In December, Vineyard Wind temporarily withdrew its Construction and Operations Plan (COP) from the BOEM permitting process after it switched from MHI Vestas to GE Renewable Energy as preferred turbine supplier.

On January 25, Vineyard Wind asked BOEM to resume the process after it found no need to update the project plans. Two days later, President Biden issued an Executive Order to the Interior Department to identify steps to fast-track renewable energy development on public territory.

Following the order, BOEM said it would resume the environmental review of Vineyard Wind and proceed with the development of a Final Environmental Impact Statement (FEIS).

“BOEM is committed to conducting a robust and timely review of the proposed project,” BOEM Director Amanda Lefton said.

Vineyard Wind welcomed the announcement and maintained its objective of financial close in the second half of 2021 and first delivery of power by 2023.

US wind installations rose by 85% in 2020 to 16.9 GW as developers raced to meet end of year tax credit deadlines and renewable energy demand continued to swell, industry group American Clean Power said in a report.

Wind installations in the fourth quarter soared by 94% on a year ago to 10.6 GW as developers looked to secure production tax credits (PTCs) that decline each year. In late December, Congress extended the tax credit deadline by a year as part of a COVID-19 relief package.

Around a quarter of new wind installations last year - some 4.2 GW - were in Texas. Iowa, Wyoming, Illinois and Missouri all installed over 1 GW.

US renewables share set to double under existing legislation

The share of renewable energy in the US power generation mix is forecast to double to 42% by 2050 under current policy and regulation, the US Energy Information Administration (EIA) said in its latest Annual Energy Outlook.

The outlook is a reference case scenario and would change considerably if the Biden administration implements pro-renewables policies as pledged. President Biden wants to achieve net zero carbon emissions in the power sector by 2035 and spend $2 trillion on clean energy and sustainable infrastructure in his first four-year term.

Forecast US power generation by source

Wind power will be responsible for most of the growth in renewable energy generation until 2024, when wind production tax credits (PTCs) are expected to be phased out, EIA said.