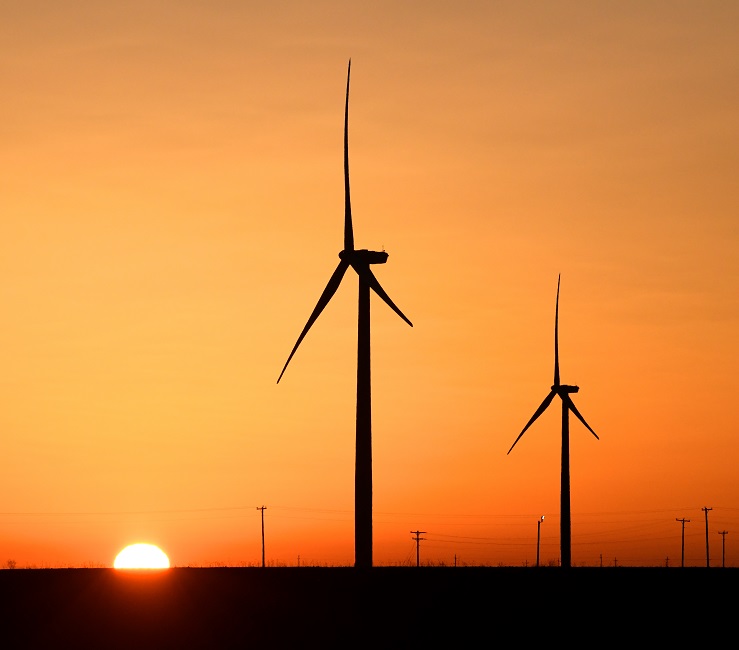 The 10-year PTC was originally set at $23/MWh and fell by 20% each year based on construction start date.

COVID-19 restrictions delayed some projects and the new legislation means developers will now have another year to secure 60% of full PTC value.

"As we enter the new year, stable policy support will help ensure that wind and solar can continue providing the backbone of our country’s electricity growth," the American Clean Power Association (ACP) said in a statement.

"We also applaud Congress for recognizing the enormous potential of offshore wind."

Pending federal approvals, the US will start to build its first large-scale offshore wind projects in 2021-2022.

The new 30% ITC for offshore wind projects will allow developer Mayflower Wind to reduce the offtake price of its 800 MW project in Massachusetts by around 10%, the company said in a statement.

In 2019, Mayflower won a Massachusetts offshore wind tender with a bid price of $77.76/MWh and this should drop to $70.26/MWh following the new tax credit law, the company said. Mayflower is a joint venture between oil major Shell and Ocean Winds.

Dominion plans to build three adjacent 800 MW arrays by 2026 at a site 27 miles off the coast of Virginia Beach. The utility recently completed construction of a 12 MW pilot project with Denmark's Orsted and this plant will soon enter service.

Avangrid aims to build up to 2.5 GW of capacity on a lease area 27 miles from the Outer Banks. Construction of a first 800 MW phase is scheduled to begin in 2024, the company said. Avangrid is a subsidiary of Spain's Iberdrola and holds a 50% stake in the Vineyard Wind project in Massachusetts, the US' first large offshore wind project.

Iberdrola plans to double its global installed renewable energy capacity to 60 GW by 2025 in a massive 75 billion-euro ($91.2 billion) spending plan, of which half will be spent on renewables.

Avangrid recently agreed to acquire US utility PNM Resources, becoming the third-largest renewable energy company in the US and expanding its regulated asset base to 10 regulated companies across six states. Avangrid already owns 8.1 GW of power generation capacity and has operations in 24 states.

Leading wind turbine supplier Vestas has acquired 25% of investment group Copenhagen Infrastructure Partners (CIP) for a price of 500 million euros ($608.3 million) as it looks to increase income from project development.

Intense price competition has crushed the margins of turbine suppliers and prompted them to diversify into areas such as turbine services.

Vestas has already invested in some co-development and early-stage project activities and its investment in CIP offers wider revenue potential over a longer term, from investment management and optimisation, asset management and divestments, Vestas said December 21.

CIP's business model focuses mainly on raising long-term institutional capital and the group is involved from project origination through to asset management. Notable projects include a 50% stake in Vineyard Wind, the US' first large offshore wind project.

CIP currently has around 14 billion euros of assets under management and the company aims to increase this to 75 to 100 billion euros by 2030.

Vestas is the world's largest turbine supplier, claiming 18% of the market in 2019, compared with 15.7% for Siemens Gamesa and 13.2% for China's Goldwind. However, it lies far behind Siemens Gamesa in the fast-growing offshore wind market.

CIP will not be obliged to use Vestas turbines for its projects and Vestas will not be involved in CIP's investment decisions at project level. Vestas will retain the right to work with other companies in project development.

As part of the agreement, Vestas will invest in a new energy transition fund, managed by CIP, that will focus on power-to-x technologies such as green hydrogen.