Utilities and developers are looking to capitalize on surging solar capacity and existing pipeline infrastructure to accelerate green hydrogen production. 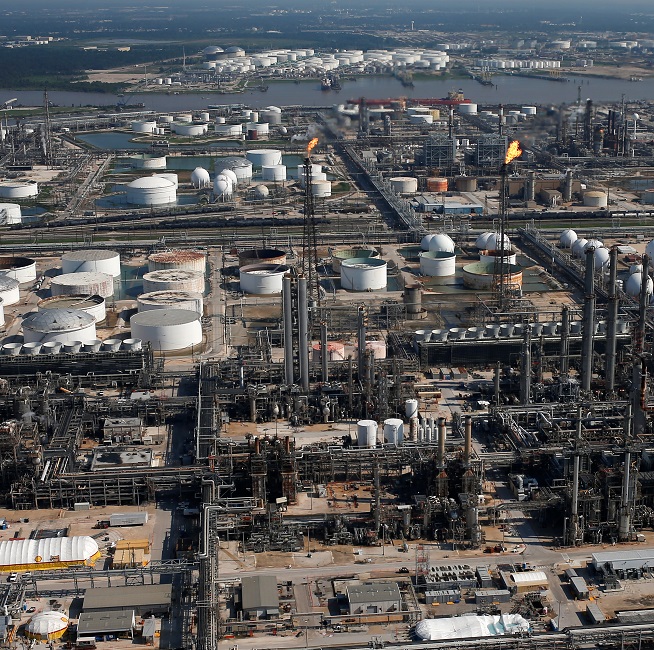 Last month, the US Department of Energy (DOE) launched the Hydrogen Energy Earthshot initiative, aiming to cut the cost of clean hydrogen by 80% to $1 per kilogram within a decade.

The US lags behind Europe on clean hydrogen development and the Earthshot initiative will provide funds to demonstration projects that improve technology and cut costs. DOE funding of hydrogen activities will rise 40% to $400 million in fiscal year 2022, it said.

Hydrogen can be used in industrial applications, building heating and as a vehicle fuel and has traditionally been produced from natural gas reformation. 'Green' hydrogen is created by using renewable energy and electrolysis to split water into hydrogen and oxygen.

Corporate demand for green hydrogen is growing as heavy users such as chemicals companies look to curb carbon emissions. The DOE believes an 80% reduction in clean hydrogen costs could lead to a fivefold increase in demand.

Regional US green hydrogen initiatives are already underway. These include the public-private Western Green Hydrogen Initiative (WGHI) which aims to reduce regulatory and commercial barriers and scale commercial technology and includes a large number of US states and Canadian provinces.

Industrial zones offer ready-made demand and infrastructure and green hydrogen clusters could develop on the Gulf of Mexico and around the Port of Los Angeles, where potential consumers would not require new pipeline capacity, the experts said.

All of the hydrogen is produced domestically and the Gulf of Mexico is a key production centre due to abundant supplies of low-cost gas and a dedicated pipeline infrastructure, Patrick Molloy, Senior Associate at clean energy analysts RMI told Reuters Events. Texas solar capacity is soaring as developers capitalise on falling costs, large land areas and rising corporate demand. Around a quarter of US solar plant installations in 2021 will be in Texas, raising solar capacity in the state to 10 GW, according to figures from the US Energy Information Administration (EIA).

Electrolysers could be paired with solar or wind “either physically or virtually,” Georgios Pergamalis, Head of Business Development at Enel Green Power North America, said. This allows electrolysers to be located close to consumption points, avoiding the need to build or convert infrastructure for hydrogen transport, he said.

California is curtailing an increasing amount of power as solar and wind capacity continues to rise, data from grid operator CAISO shows. CAISO curtailed around 1.6 GWh in 2020, around 65% more than in 2019. In Los Angeles, the newly-created HyDeal consortium aims to build a high volume supply chain for green hydrogen in the L.A. Basin at a cost of $1.50 per kilogram by 2030. Led by the GHC, the group includes energy utilities Los Angeles Department of Water and Power (LADWP), SoCalGas and solar developers 8minute Energy, 174 Power Global and Clearway Energy Group.

The partners plan to use hydrogen storage capacity in salt caverns and existing rights-of-way to accelerate the transition to green hydrogen, Nelson said.

The project could also support the development of hydrogen hubs in Salt Lake City, Seattle, Portland and California’s Bay Area that serve industrial centres in the western US, she said.

Projects to integrate hydrogen into home heating supplies are also underway. Dominion Energy has completed the first phase of trials to blend 5% hydrogen into the closed system of its natural gas training academy in Utah. Dominion is currently analysing the data and hopes to blend hydrogen into the gas supplies of more than 1 million customers in Utah and is planning a similar pilot in North Carolina. Dominion currently operates around 6 GW of solar power and plans to reach at least 13 GW by 2035.

The utility is also currently exploring the use of solar-powered hydrogen for its gas-fired power plants in Virginia, Webb said.

Economies of scale will be crucial to reducing the cost of electrolysis and this will require projects with multiple partners that bring together demand and supply. Green hydrogen partners in the energy, manufacturing and transport sectors must share resources and data, Folgiero said.

Cost reduction is the greatest challenge, Ted Kury, Director of Energy Studies at the Public Utility Research Center, the University of Florida, said. Going forward, renewable energy developers may be competing against biomass or biogas-based technologies in the clean hydrogen space, he noted.

"The most efficient outcomes will be realized if the government focuses on outputs or targets, and, rather than supporting a particular technology, allows the different technologies space to compete and achieve those goals," Kury said.

“If you can’t make it cheaply, no set of standards or mandates are going to lead to widespread adoption,” he said.