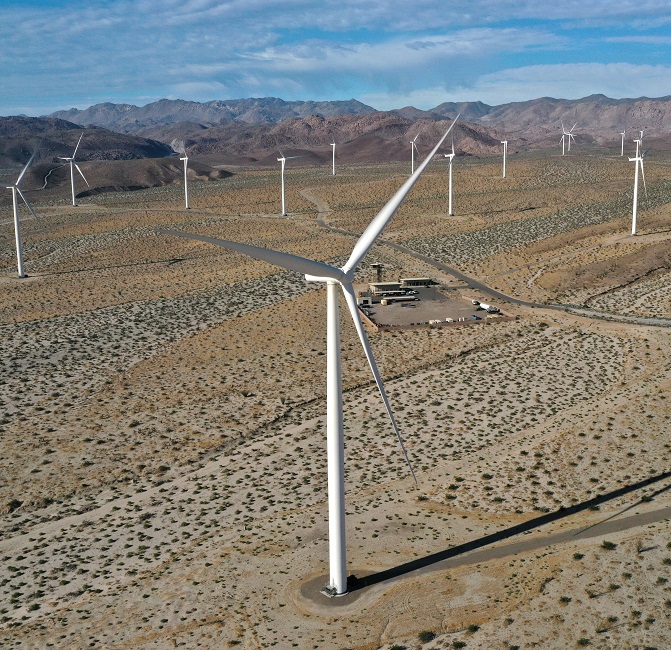 California needs power that can be dispatched when the sun goes down. (Image credit: REUTERS/Bing Guan)

"This represents the largest capacity procurement ordered at a single time by the CPUC, and is the largest requiring only clean resources," the commission said.

The order comes amid increasing concerns over summer demand spikes and worsening drought conditions that have reduced hydroelectric supplies. Last August, a heatwave led to rotating power interruptions across California and earlier this month grid operator CAISO urged consumers to conserve electricity during the afternoon and evening. California has around 30 GW of solar capacity and 5.5 GW of wind capacity. The solar fleet is unable to supply peak power demand after sundown and most developers are now including storage in their projects to meet this demand and access higher prices.

Many wind developers have also turned to storage to improve their business case. Some 37% of wind projects in the CAISO interconnection queue at the end of 2020 included storage, far higher than in other US regions, the Lawrence Berkeley National Laboratory (Berkeley Lab) said in a report in May.

"It is difficult for wind in California, where development costs are high and remaining wind resources are of marginal quality, to compete with solar-storage projects," Rader said.

Some 2.5 GW of the capacity online by 2025 must be paired with storage or demand response measures and able to dispatch every day between 5 pm and 10 pm, to replace the closure of the Diablo Canyon nuclear plant, the CPUC said. Half of the 2 GW required by 2026 must have more than eight hours storage and the other 1 GW must be firm capacity.

To date, most US wind-storage facilities have incorporated short storage durations of less than an hour to provide ancillary services to the grid rather than peak shifting to capture higher wholesale prices.

However, growing renewable energy penetration is creating opportunities for several hours of storage. In Texas, where solar and wind capacity is soaring, Enel Green Power is building a battery at its 350 MW Azure Sky wind farm with a duration more akin to PV-based projects, the company told Reuters Events in May. PV developers tend to include around four hours of storage and Azure Sky will provide peak shifting as well as ancillary services, the company said.

US annual wind installations by region Data in California shows the median capacity of wind-storage projects in the CAISO queue at the end of 2020 was around 126% of the point of interconnection (POI) capacity and the wind capacity of these projects was 67% of POI, Berkeley Lab noted in its report. This suggests the developers are looking to use storage to "supply power at times when the generator is not generating," it said, in effect offering peak shifting and market arbitrage revenues.

Wind farms can offer complimentary load to California's expanding solar fleet but developers face tough competition from solar-storage projects that benefit from greater synergies with batteries. Last year, developer 8minute Solar Energy signed a record-low offtake price with the Los Angeles Department of Water and Power (LADWP) for its huge 400 MW Eland solar project that includes 300 MW/1,200 MWh of battery storage. According to press reports, the project will supply solar power to LADWP at just under $20/MWh and storage at $13/MWh - well below current wholesale prices - for a period of 25 years.

The CPUC’s procurement order adopts marginal value based on effective load carrying capability (EELC) and this means wind projects will be credited for more of their nameplate capacity than solar, Rader said.

"But competition from [solar-storage] projects is very stiff,” she noted. “As for the overall business case, there isn’t much improvement.”

“Solar plus storage can generally be built closer to load centers than wind, and more quickly,” Schauer said.

Some wind developers could find more joy through hybrid wind-solar-storage projects that can provide more flexibility and firm capacity. These projects also benefit from a wider range of tax credits.

NextEra is developing several wind-solar-storage plants in the US, including a facility at Arlington, California. Last December, NextEra and Portland General Electric (PGE) started commercial operations at their 300 MW Wheatridge wind farm in eastern Oregon, the first phase of a 380 MW wind-solar-storage project.

Offshore wind is also set to play a major role in California but the first projects may not be able to meet the 2023-2026 deadlines.

In May, the US government selected sea areas near Morro Bay and Humboldt Bay in central and northern California for the first West Coast offshore wind projects. The sites could host up to 4.6 GW of capacity and will form part of the Biden government's plan to install 30 GW of offshore wind by 2030. California's deep waters mean the projects will use floating wind structures, an emerging technology which is yet to gain the economies of scale that has made fixed-bottom offshore wind highly competitive in many global markets.

"This [offshore wind] announcement occurred just as this proposed decision was being issued," the CPUC said.

"We strongly support moving forward with this technology as expeditiously as possible, it said. “We expect to address the needs of offshore wind projects more fully in our next procurement and [preferred generation portfolio] decision later this year."