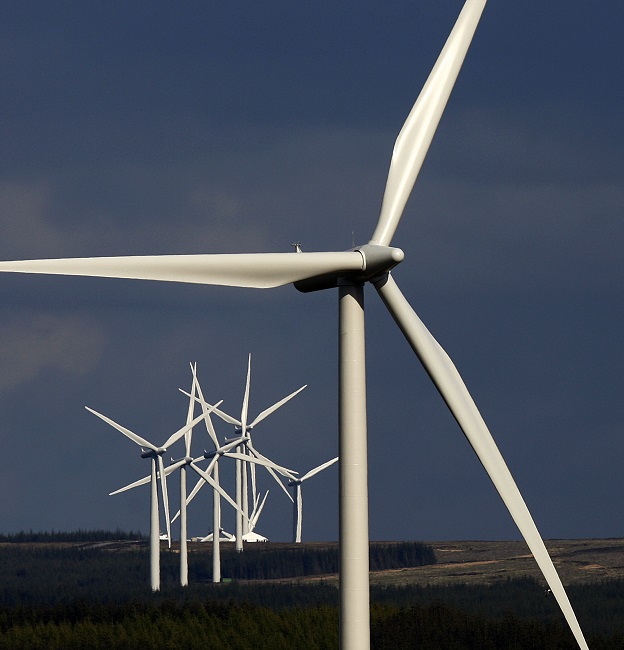 The eight turbines destined for the Longhill Burn project in central Scotland will each have a capacity of up to 6.6 MW and a rotor diameter of 155 metres. Siemens Gamesa has signed similar deals for its large-scale model in Finland, Sweden and Brazil, for a global capacity of over 2 GW.

The UK contract comes as onshore wind developers prepare to bid for contract for different (CFD) subsidies for the first time since 2015. The UK's Round 4 auction later this year will see developers compete against solar projects for 15 years of guaranteed revenue at an agreed strike price.

Wind power costs have plummeted since 2015 as developers use growing turbine capacities and operations and maintenance (O&M) gains to lower costs. These savings look set to outweigh rising regulatory costs for UK developers as the grid accommodates rising wind and solar capacity.

In the upcoming auction, onshore wind prices are "expected to be low and on a par with the market energy price," Graham Rice, Head of Onshore Sales UK at Siemens Gamesa, said.

Larger wind turbines are driving down the levelised cost of energy (LCOE) by maximising the use of wind resources and reducing installation and maintenance costs per unit of output.

Wind experts predict the global average capacity of onshore turbines will rise from 2.5 MW in 2019 to 5.5 MW in 2035 and project costs will fall by around a quarter.

The latest turbines are also expected to operate for longer than earlier models and include a number of control and monitoring features that minimise energy losses and downtime.

"Through small optimisations and innovations over a large number of areas, Siemens Gamesa aims to apply further downward pressure on the LCOE,” Rice said.

Large-scale turbines give developers a competitive edge when competing in subsidy auctions and for corporate offtake contracts.

In the UK, tip heights of 180m-250m and capacity around 6 MW and above are typically required for projects to be viable, Rice said.

“Most new planning applications for wind farms are targeting this range,” he said.

Some costs have increased since 2015 and onshore wind developers will need to absorb these in their bids.

“We expect these costs to fall again when supply and demand are re-balanced as we emerge from the effects of the pandemic”, he said.

Larger turbine dimensions increase transportation challenges, and the prospect of local opposition, limiting the number of sites available to developers.

Negative pricing is a growing concern across Europe as more wind and solar capacity comes online and consumption patterns change.

“These [Round 4 auction] terms could impact total CFD payments over the lifetime of the projects if negative prices become a more common occurrence in the 2020s," Brabben said.