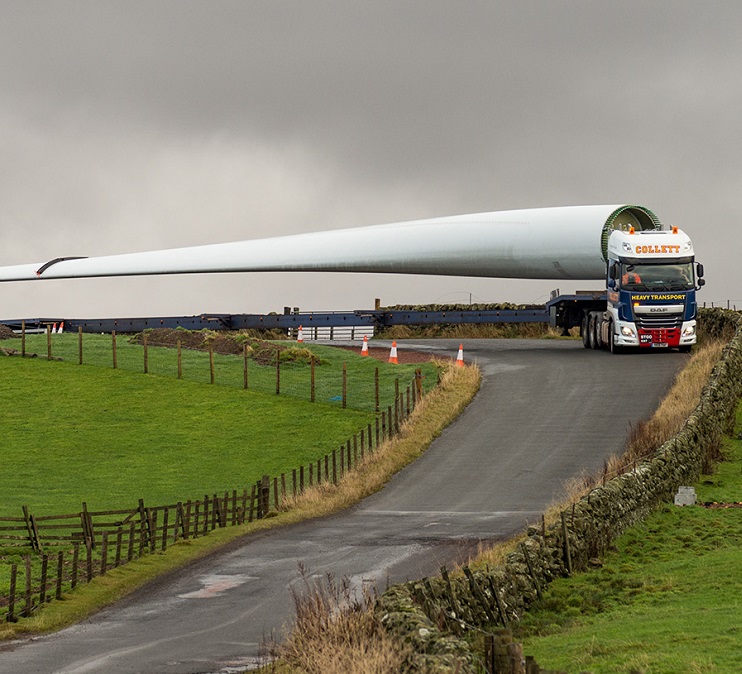 In December, Siemens Gamesa signed a deal to supply 35 of its 5.8-155 turbines to Foresight Group’s 231 MW Skaftasen project in central Sweden. Foresight acquired the project from developer Arise in 2019.

The turbines have a rated capacity of 5.8 MW and will operate with flexible power rating of 6.6 MW, a capacity only previously seen on offshore projects. Since the Skaftasen deal, Siemens Gamesa has agreed to supply similar turbines to Eurowinds' Knostad project and Renewable Energy Systems' (RES) Rodene project, also in Sweden.

However, a sharp rise in turbine capacities brings fresh design, transport logistics and permitting challenges. The potential for future turbine sizes will depend on how companies mitigate these risks.

Siemens Gamesa is the largest supplier of offshore turbines and its offshore team is already working on rotor diamaters longer than 200 m, Pedrosa said.

"The real question is how much blades can grow to make the higher energy production worth more than the cost increases," he said.

“As the world shifts towards unsubsidized renewables there is a clear need for projects to be viable on their own economic basis,” Daniel Cambridge, Senior Investment Manager, Foresight Group, said.

“Turbine installation costs typically make up the lions’ share of capex, and can have a material bearing on whether a project will reach the final investment decision stage,” he said.

Eurowinds' Knostad project is located in an area of forest and will feature tower heights of 115 m with rotor lengths of 170 m. Siemens Gamesa offers tower heights up to 165 m. 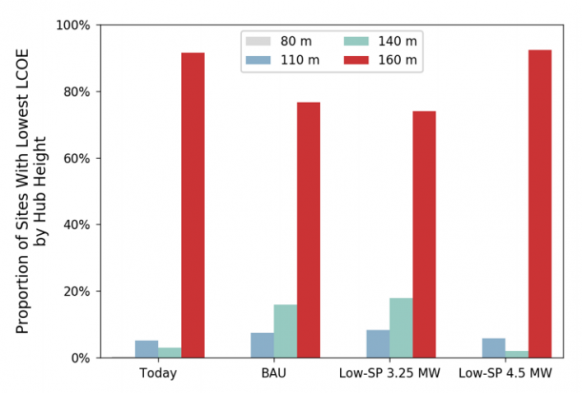 To boost the capacity of commercial turbines, designers must minimize the cost impact along the full length of the supply chain. Incremental cost increases include "new components, supply chain development, logistics,” Pedrosa said.

For the Skaftasen project, the turbines will be delivered in cold climate version, capable of withstanding -40°C and operating at temperatures as low as -30°C. Siemens Gamesa has signed a 30-year full-service agreement with the owner.

Growing turbine dimensions have presented significant transport challenges in Europe and the US.

In the US, blades longer than 55 meters typically require special trailers and escorts, increasing transport times and costs.

To minimize transport risks, GE Renewable Energy has launched a two-piece blade design that can be assembled on site.

Segmented designs will be widely commercially deployed over the next few years, he said.

US transport limits also restrict turbine towers to a diameter of around 14 feet (4.3 m), limiting conventional one-piece tower designs to around 80 m in length.

New tower designs could unlock these constraints. US group Keystone Tower Systems is developing an on-site spiral welding process that could allow hub heights of over 180 m. The Department of Energy (DOE) has awarded Keystone $5 million to demonstrate on-site spiral welding of a 160-m tower and installation of up-tower components with a tower-mounted self-hoisting crane.

"There is the opportunity to deploy market leading technology and build projects of scale,” he said.

For the largest turbines, "the biggest opportunities may be in the North of Europe and Brazil," Pedrosa said.

Wider deployment of larger turbine capacities could depend on permitting.

In the US, developers typically require special permission to build over 500 feet (152 m) in height, incurring higher costs, Barla said.

"If you want to go above that you would need special permission, and that can take up to nine months," Barla said.