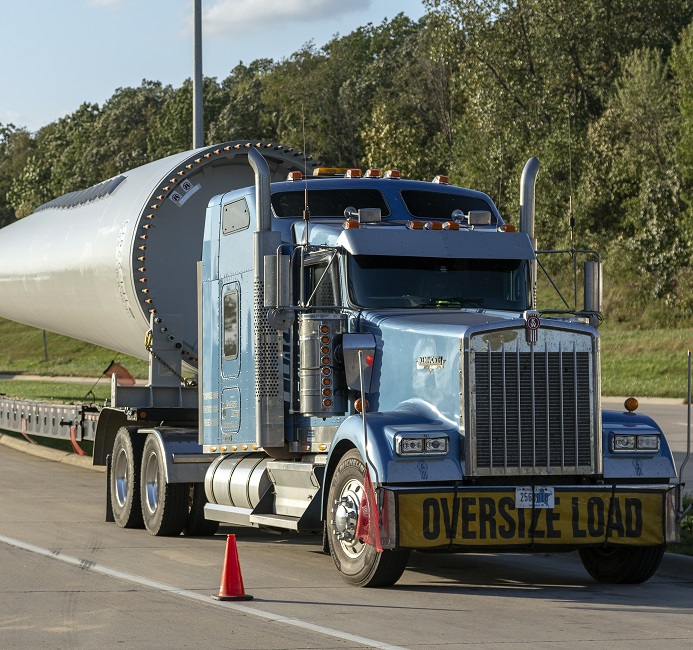 As growing turbine dimensions test the limits of existing transport infrastructure and logistics, developers are working on new blade and tower designs to reduce risks. 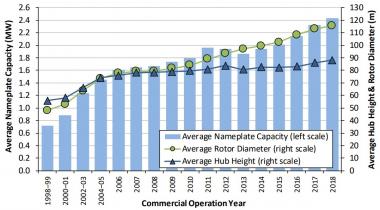 GE's latest 5 MW turbine blade consists of compositive blades of 77.4 metres long which can be transported in 65 metre and 12.4 meter parts.

"The advantage is it reduces transportation and logistics costs which allows us to shift larger pieces at much lower costs," Shridhar Nath, Wind Blade Technology Leader at GE, said.

"I can customize my farm...to maximize AEP [annual energy production]," he said.

Under the Department of Energy's Big Adaptive Rotor (BAR) project, scientists at the National Renewable Energy Laboratory (NREL) and Sandia National Laboratories are using computational analysis to shortlist up to three designs for detailed design studies.

The teams will use NREL turbine design models to optimize the aero-structural design of the blades and assess the loads, buckling, and stresses, Nick Johnson, a research engineer at NREL and principal investigator on the BAR project, told New Energy Update.

"Ultimately we will use LCOE [levelized cost of energy] as a metric and will seek to minimize it," Johnson said.

Blade concepts assessed under the BAR project include a hollow design with a skin which is inflated on-site to achieve its full aerodynamic profile.

"The skin could be any flexible material, but would likely be some type of fabric," he said.

Another design features four or five blades that are thinner and lighter than conventional designs to reduce loading and improve transportation efficiency.

Other innovative transport solutions could include controlled bending of the blades when in transit via truck or rail, to mitigate bridge height constraints, winding roads or mountainous terrain, consultancy DNV GL said in a recent report commissioned by the Lawrence Berkeley National Laboratory.

Based on industry feedback, limited and controlled flexing of blades during rail transport could enable rail movement of 95 m and 115 m blades, the report said. Preliminary concepts have been developed, but not thoroughly tested and design and safety standards do not currently allow flexing to enable transport, it noted.

US wind project distribution by region

Longer turbine blades also increase the risk of pitching towards the tower in strong gusts of wind. One design being assessed by the BAR team places the blades on the other side of the tower, while another features active aerodynamic controls-- much like an airplane wing--to reduce extreme loads and fatigue.

“These devices are even more important," Johnson said. "Our research is showing that pitch rates for very large blades (over 100 m) are very slow, and that active aerodynamic devices could alleviate some extreme loads, where in the past they have been mostly applied to fatigue loads.”

Sandia and Oak Ridge national laboratories are currently assessing the repeatability and robustness of these materials, Johnson said.

"Some of this work overlaps with BAR, in that we will use material properties from separate research to optimize the design of carbon fibre spar caps," he said.

The BAR team plans to release a series of updated analysis tools to aid blade development.

“After that, a series of publications will be released on the pathways for new wind turbine blade technologies and their technoeconomic impacts on future deployments, including grid integration benefits,” he said.