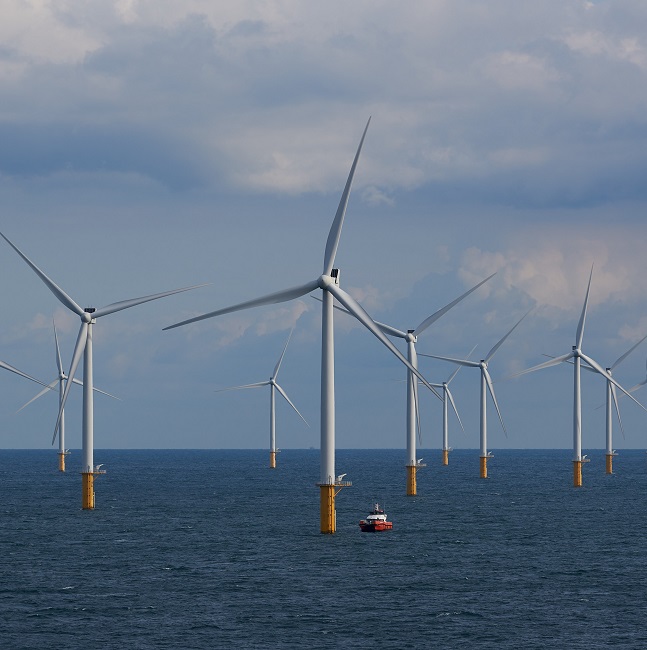 The US plans to tender eight leases in the New York Bight later this year for 7 GW of offshore wind capacity, the US Department of Interior (DOI) announced June 11.

The lease sale forms part of President Biden's goal to install 30 GW of offshore wind by 2030. The Biden administration is looking to accelerate federal permitting and complete environmental reviews of at least 16 offshore wind projects by 2025, representing 19 GW of new capacity.

The New York Bight leases cover a total area of 627,331 acres between Long Island and New Jersey and the DOI will announce the date of the lease sale after a 60-day public consultation period. New tender criteria include a requirement to create well-paid union jobs, a cornerstone of the Biden administration's growth plans.

Equinor's 2 GW Empire Wind project off the coast of New York and New Jersey will be among the next projects reviewed by the DOI's Bureau of Ocean Energy Management (BOEM), the bureau announced June 17. Empire Wind consists of an 816 GW wind farm and an adjacent 1.2 GW project.

Last month, the DOI approved the construction and operation of the 800 MW Vineyard Wind project, the US' first large-scale offshore wind farm, and selected sea areas in California for the first West Coast projects.

The task force will tackle issues regarding the payment of new transmission and shared regulatory processes. NARUC will nominate up to 10 state regulators for the team.

A lack of interstate transmission build, costly grid connection procedures and interconnection delays are slowing the deployment of renewable energy. President Biden's pledge to decarbonise the power sector by 2035 requires a massive buildout of wind and solar and grid investments are lagging far behind.

The task force will explore the use of FERC planning processes by state-level authorities and the coordination of states to develop regional transmission solutions.

Europe must ban landfilling of turbine blades by 2025: industry

Europe's wind industry has called on the European Commission (EC) to ban the disposal of decommissioned wind turbine blades on landfill sites by 2025.

The industry commits to re-use, recycle, or recover 100% of decommissioned blades and will not send blades to landfill sites outside the European Union (EU), industry group WindEurope said June 16.

Around 25,000 tonnes of blades will reach the end of their operational life by 2025, mainly in Germany, Spain and Denmark, WindEurope said. By 2030, this will double to 52,000 tonnes as assets in Italy, France and Portugal also reach end-of-life. Currently, around 85 to 90% of wind turbines can be recycled but blades have been challenging due to their composite materials - typically glass fibres in a cured thermoset polymer or plastic matrix.

There are a number of blade recycling techniques at various stages of development and leading industry groups are now optimising and upscaling these to make them more competitive for the wider wind market.