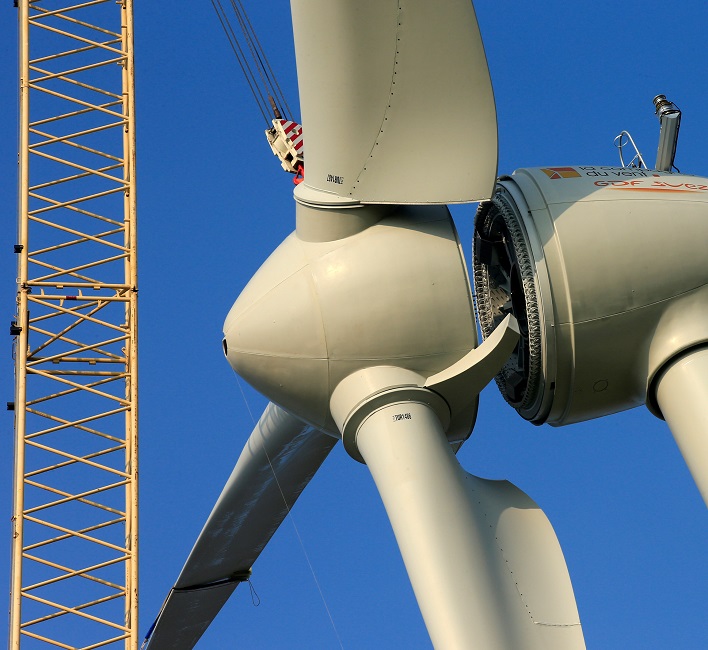 US wind installations must accelerate from 2026 and quadruple from current levels to 50 GW/year from 2031 to meet President Biden's carbon reduction targets, the US Department of Energy (DOE) said in a report published September 8.

Biden aims to decarbonise the power sector by 2035, requiring a rapid acceleration in solar and wind deployment.

The DOE modelled the solar, wind and storage capacity required to reduce carbon dioxide emissions from the power sector by 95% by 2035. The study included the large-scale electrification of end-user sectors.

Solar installations would need to quadruple to around 60 GW/year by the middle of the decade and 70 GW/year in 2031-2035, the DOE said. Quanta Services buys Blattner to capitalise on US renewables growth

Houston-based energy and telecoms group Quanta Services is to acquire services company Blattner for $2.7 billion, increasing its exposure to the renewable energy sector as the US ramps up decarbonisation efforts.

President Biden is looking to implement a raft of support measures that accelerate renewable energy deployment in a new $3.5 trillion budget bill. A framework bill has been approved by the Senate and the House of Representatives and lawmakers will nail down the full details in the coming weeks.

Siemens Gamesa has produced what it says are the first recyclable wind turbine blades for commercial use at its manufacturing plant in Aalborg, Denmark.

Destined for offshore wind farms, the blades use a resin with a special chemical structure that allows separation and re-use of blade materials at the end of its lifetime. Siemens Gamesa has signed supply agreements with developers RWE, EDF and WPD Offshore, it said.

Blades are the last main wind turbine component to achieve a cost-efficient recycling value chain and turbine suppliers have been working with industry to improve recycling methods for existing units.

Around 25,000 tonnes of blades will reach the end of their operational life by 2025, mainly in Germany, Spain and Denmark. By 2030, this will double to 52,000 tonnes as assets in Italy, France and Portugal reach end-of-life. In June, Europe's wind industry called on the European Commission (EC) to ban the disposal of decommissioned blades on landfill sites by 2025.

The UK government is to allocate 200 million pounds ($276.6 million) to offshore wind projects in the next contract for difference (CFD) auction in December, the Department for Business, Energy and Industrial Strategy (BEIS) said September 13.

Allocated every two years, CFDs represent a crucial offtake commitment for developers, providing operators with a minimum revenue at an agreed strike price for 15 years. The UK is leading the world on offshore wind capacity and the government aims to quadruple capacity to 40 GW by 2030.

Offshore wind costs have plummeted in recent years. The last UK CFD auction in 2019 awarded 5.5 GW of new offshore wind projects at strike prices of between 39.65 and 41.61 pounds/MWh, around 30% lower than prices awarded in 2017. The UK government aims to install 1 GW of floating wind capacity by 2030 but experts predict very few floating wind projects will be ready in time for the Round 4 auction as it takes years to secure the required planning permission, grid connection agreements and supply chain plans.

Onshore wind prices this December are "expected to be low and on a par with the market energy price," Graham Rice, Head of Onshore Sales UK at Siemens Gamesa, said in April.

"This is an exciting development for the offshore wind sector which can play an important role in supporting the decarbonisation of Scotland's oil and gas sector," Crown Estate Scotland said.

The Scottish government plans to implement a new planning process for the selection of the lease areas and opened a public consultation that runs until October 20.

Offshore wind developer Cerulean Winds recently submitted plans to the Scottish government to build 3 GW of floating wind capacity that would power the majority of the UK's oil and gas platforms and produce green hydrogen.

In the largest-ever floating wind project, Cerulean applied for seabed leases west of Shetland and in the Central North Sea and requested a streamlined regulatory process. If approved, the developer aims to reach financial close in Q1 2022 and install around 200 of the latest large-scale turbines in 2024-2026.

The Crown Estate's new auction process will be separate from the ScotWind leasing round held earlier this year for up to 10 GW of offshore wind projects that supply the UK power grid, it said.

ScotWind was the first auction for seabed licences in Scotland in a decade and the auction attracted 74 applications for the 15 available leases. Crown Estate Scotland plans to make initial offers to successful participants in January.

The ScotWind auction offered a total lease area of 8,600 sq km, including zones only suitable for floating wind projects. Crown Estate Scotland hiked the auction price cap by 10 times to 100,000 pounds ($137,900) per square kilometre, after surging demand hiked prices in England and Wales.

Germany's RWE Renewables secured two project licenses for a total capacity of 525 MW while France's EDF secured a licence for 433 MW. The awards include grid connection rights and overtake existing rights held for these areas if they are not exercised by November 2. The projects are expected online in 2026.

"The zero-cent bids make clear bidders' strong interest in the sites despite their comparatively moderate size and the existing rights of subrogation of the former project developers," the network agency said.