Turbine suppliers are working with industry to make the full recycling of blades commercially available before a swathe of European wind farms reach the end of their lifespans. 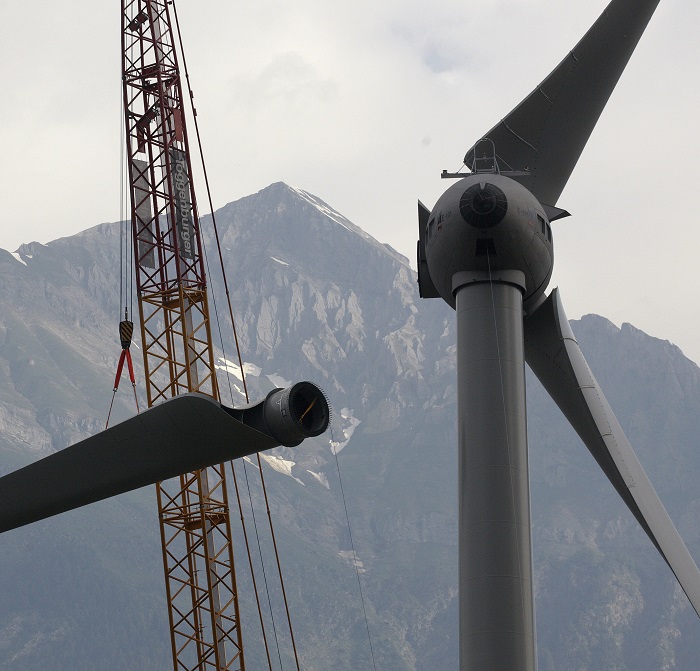 On June 16, Europe's wind industry called on the European Commission (EC) to ban the disposal of decommissioned wind turbine blades on landfill sites by 2025.

Wind companies have faced growing pressure to improve blade recycling as developers advance from company targets on carbon reduction to deeper objectives for the entire supply chain. Some 85 to 90% of turbines can be recycled and blades are the last main component yet to achieve a cost-efficient recycling value chain.

Around 25,000 tonnes of blades will reach the end of their operational life by 2025, mainly in Germany, Spain and Denmark, according to industry group WindEurope. By 2030, this will double to 52,000 tonnes as assets in Italy, France and Portugal reach end-of-life. Blades are typically made of a glass fibre in a cured thermoset polymeric or plastic matrix and it is currently cheaper for blade owners to incinerate or send to landfill than to recycle.

Recycling processes must be improved and upscaled to make them more competitive and a number of cross-industry consortiums are conducting research into this area.

Mechanical recycling or cement co-processing are already commercially available and the aim is to make this an economic solution in all markets within a few years, Jensen said.

"Then a higher volume will drive some of the price reductions,” he said.

Turbine suppliers are working with a number of recycling stakeholders across multiple industries to commercialise value chains.

The DecomBlades consortium, which includes turbine suppliers Siemens Gamesa, Vestas, GE, as well as Orsted and a number of other groups, is currently researching the shredding of blades - for reuse in other products or in cement production - and pyrolysis methods.

The process uses chemical disassembly and chemcyling and the partners aim to establish an industry-ready solution within three years.

Upscaling is a key challenge for chemical recycling as the processes must minimise both costs and the use of solvents, Justine Beauson, Development Engineer at DTU Wind Energy, told Reuters Events.

"Chemical recycling of composite waste has only been demonstrated at lab scale," she said.

There are four main recycling strategies for composites and they can be used on all existing blades.

Mechanical recycling involves cutting, crushing, shredding and grinding to produce a mixture of different particle dimensions for use as filler or reinforcement in concrete or new polymer composite materials. A key issue for this process is that the glass fibres are shortened and misaligned, leading to reduced reinforcement efficacy, Beauson said.

Another recycling strategy is cement coprocessing, which shreds the blade and blows the dust into a cement kiln, where the plastic is used as a substitute for coal to power the kiln and the glass is used instead of sand as a cement ingredient.

Chemical recycling uses chemicals, heat and pressure to dissolve the matrix material, generally at lower temperatures than with thermal recycling. The matrix is recovered in a liquid form that could be re-used as a matrix in new composites, although here too the glass fibre is weakened. The other main strategy is thermal recycling, which includes pyrolysis, and involves separating glass fibres from the matrix at temperatures of 450-700°C. This also reduces the strength of the fibres, but the University of Strathclyde recently showed that etching and re-sizing the fibres can help recover their strength, Beauson said.

Pyrolysis is an “incoming technology” and less established as a recycling process, Allan Korsgaard Poulsen, Head of Advanced Structures and Sustainability at Vestas, said. But it could play a role going forward.

MAKEEN Energy is researching how glass fibre and oil recovered from pyrolysis can replace virgin materials in other industries.

Compared with the cost of non-recycled materials, Anders Bjorn, COO and Project Director at MAKEEN, is bullish.

"We expect to see a positive footprint," Bjorn said.

While cement co-processing is commercially available, the wind industry does not yet supply a sufficient stable volume of recyclable material to make the economics work, Poulsen said.

This results in fees for the blade owner and when combined with transport costs, makes coprocessing an "unattractive business case" for decommissioned blades, he said.

The commercial deployment of material-to-material recycling is expected from around 2025 and will expand as the volume of decommissioned blades grows, Jensen said.

"Volume in the recycling market will grow, technologies will mature, value chains will have been established, and the wind industry will have decided to ban the landfilling of blades," he said.